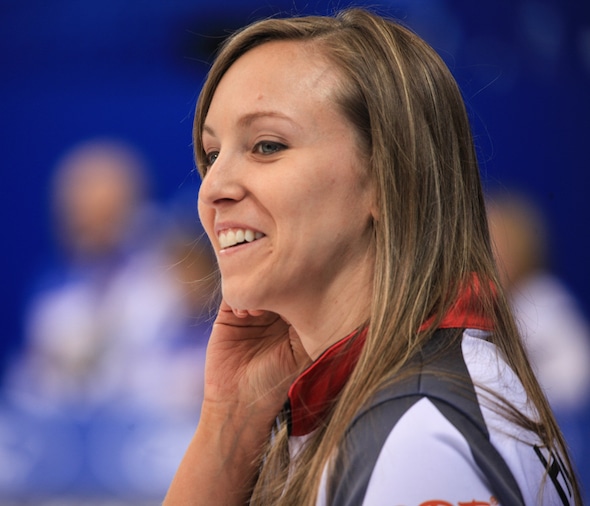 Facing Russia’s Anna Sidorova — a bronze-medallist at the past three world women’s championships — Canada’s Rachel Homan won a thrilling 10-9 extra-end decision at the Capital Gymnasium to complete her opening weekend with a 3-0 record.

Russia was in good shape for the stolen point with their rock sitting buried behind two Canadian stones, and with Sidorova about to deliver another guard to make Homan’s last shot even more challenging.

But Sidorova committed a hog-line violation, which opened the door for Homan to both win the game and keep Canada on an unbeaten pace.

“Just barely (3-0),” said a smiling Homan after the game. “It was a good long grind by my team. Every day we’re getting better and better at getting over the jetlag, and hopefully we keep learning the ice.”

It was a game that had no shortage of intrigue and big shots. The Canadians opened with a three on Homan’s open hit to remove a Russian stone from the four-foot, and then the teams traded deuces the next four ends — the most dramatic being Canada’s in the fifth end thanks to a marvellous in-off from Homan. 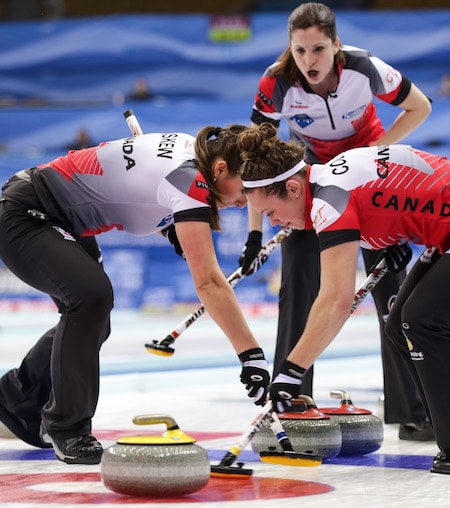 But Russia came out firing after the intermission, scoring a game-tying three in the sixth thanks to a delicate angle tap by Sidorova to remove Canada’s shot stone.

Canada blanked the seventh, and Homan made a clutch takeout in the 8th, thanks to a sublime sweeping effort from Weagle and Courtney to hold the line.

Russia would blank the ninth and force extra time with a 10th-end deuce, leading to Homan’s heroics.

“It was kind of familiar — a similar shot to what we needed to win the Scotties,” said Miskew. “We’re still getting used to the ice, so it was a little bit of a guess in terms of where to put the broom and how to throw it, but she made a great shot.”

“They played really well,” added a gracious Homan. “Sidorova pretty much made everything. It was a really tight game, and we were happy to get the win.”

“We’re going to have some tough battles going forward,” said Miskew. “So it’s nice to be 3-and-0.”

In other games on Sunday afternoon, Germany’s Daniela Jentsch (1-2) picked up her first win with a 10-6 triumph over South Korea’s Eun Jung Kim (0-2); Anna Kubeskova of the Czech Republic (2-0) stole single points in the fifth and sixth ends en route to a 7-3 win over the U.S.; and Sweden’s Anna Hasselborg (2-1) was a 7-4 winner over Denmark’s Lene Nielsen (0-2).