BEIJING — It was a grind, but it was also a win, and that was all that counted for Canada’s Rachel Homan and her Ottawa team on a smoggy Monday morning in Beijing. 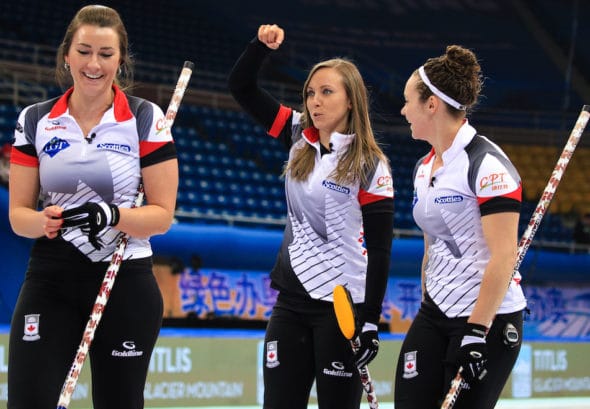 Trailing 5-4 through eight ends to Nina Roth’s team from the United States, Canada converted a perfect draw behind two guards from Lisa Weagle on lead rocks into a game-turning score of three, and went on to a 7-5 victory at the Capital Gymnasium on the third day of the 2017 CPT World Women’s Curling Championship, presented by Ford of Canada 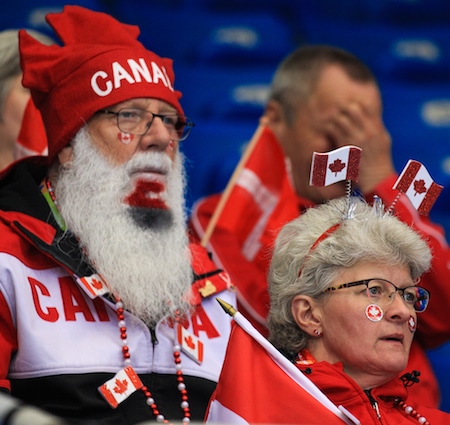 “That was a challenging sheet of ice,” said Weagle. “We just tried to stay patient and pick up on it as best we could. I’ve been struggling a little bit with my weight so it felt good to make a couple nice draws in that game.”

While the three in the ninth provided the winning margin, the turning point almost certainly was the sixth end when Canada stole a go-ahead deuce after Roth’s double-takeout attempt to potentially score two of her own was thrown tight and wrecked on a guard.

“That was the first time we had the lead in that game, so to be able to steal the two points in an even end and take the lead was big,” said Weagle. “

Canada can now set its sights on a Monday night (7 p.m. local; 7 a.m. ET) showdown against Alina Pätz’s unbeaten (3-0) Swiss team. Switzerland has won four of the past five world women’s titles, including the past three in succession. Pätz defeated Canada’s Jennifer Jones in the 2015 gold-medal game at Sapporo, Japan.

Homan has a 3-1 record lifetime against Pätz, including a victory earlier this season at the World Financial Group  Masters of Curling in Okotoks, Alta.

“We’ve played them lots; they’re a great team, and we’ve had some success, but they’ve also beaten us,” said Homan, who’s taking cough drops to deal with a raspy throat brought on by the air conditions. “I think it’s just going to come down to which team learns the ice first.” 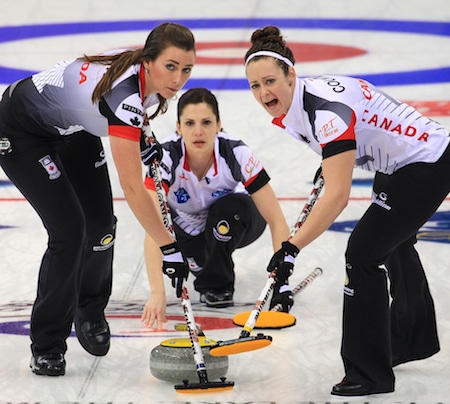 “We’re taking it just like any other game,” added Weagle. “I haven’t really thought about it, honestly. We knew we had to get through the game this morning. It’s a tough field, and we know we have some tough games coming up. We’re just trying to focus on what we can control; if you’re focusing on other teams, then I think your focus is in the wrong place.”