BEIJING — Team Canada’s Rachel Homan is at the top of the pack at the 2017 CPT World Women’s Curling Championship, presented by Ford of Canada. 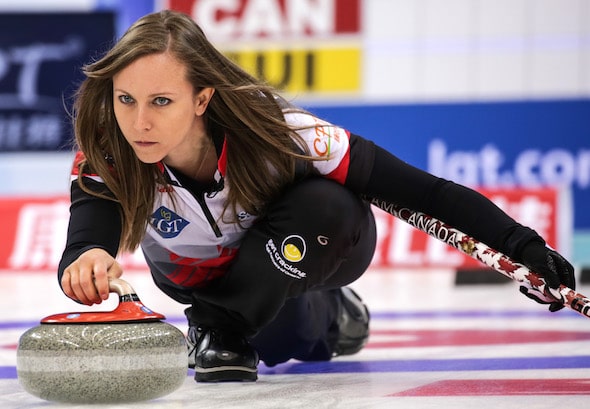 It was a major step in the right direction for the Canadians, who are seeking to win our country’s first world women’s gold medal since Jennifer Jones prevailed in 2008 at Vernon, B.C.

Switzerland, meanwhile, is on a roll that has seen Swiss teams win four of the past five world titles, including the past three in succession.

So, was there something more than usual riding on this round-robin game?

“Absolutely,” said Courtney. “I think the Swiss are very strong at the Worlds, and you can see that in their previous championships. So we take them very seriously. We always have a good game with them; they’re an aggressive team, and they’re all great shooters. So that’s a big win for us, to come out, start off strong and be able to keep that lead. We’re happy with how we played, and we’re getting more comfortable with the ice.” 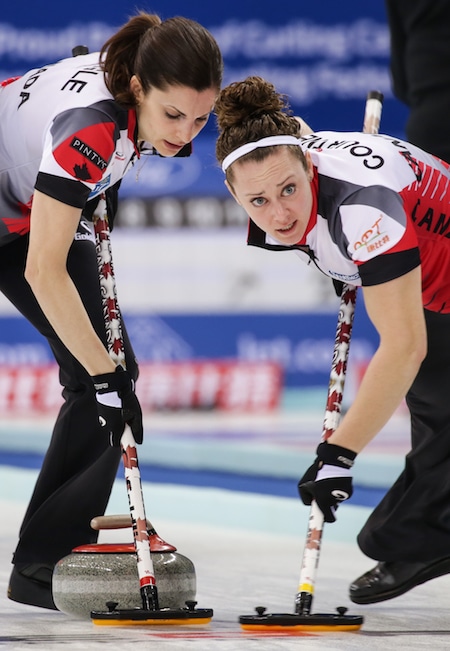 It was a tight game in the early going, but it was broken open in the fourth end on a wonderful raise takeout from Homan to score three and make it 4-1.

An end later, Canada stole two more when Pätz’s raise double takeout attempt was unsuccessful, and the Canadians were able to put it in cruise control the rest of the way.

Homan, who won the Sandra Schmirler Award as the playoff MVP during her team’s Scotties Tournament of Hearts triumph last month, has been in similar form in Beijing, said Courtney.

“You can tell in her eyes when she knows what a spot in the ice is going to do, and exactly how she has to throw it to make the shot,” she said. “You just try to make sure you sweep it right and make sure you’re supporting her. She was dialled in all through the Scotties and it’s continued here. You stay out of skipper’s way when she’s throwing like that. She’s quite the weapon.”

“We feel the exact same way on the coaches’ bench,” added Kingsbury. “Everything is about making her comfortable and when she gets that twinkle in her eye, it’s fun to watch.”