BEIJING — Another nearly flawless performance from Rachel Homan’s Ottawa team has Team Canada on the verge of a playoff spot at the 2017 CPT World Women’s Curling Championship, presented by Ford of Canada. 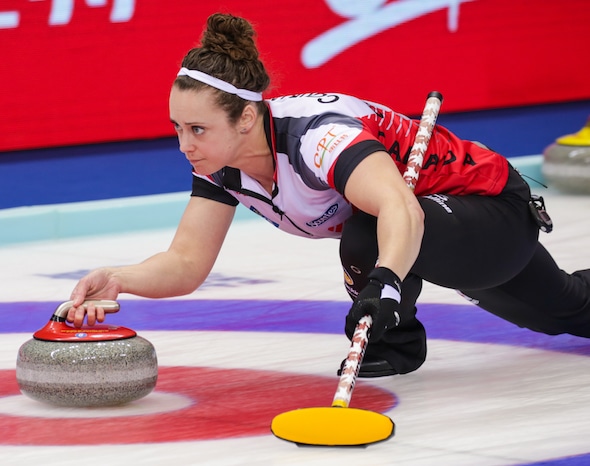 Sparked by a 96 per cent shooting effort from Homan, Canada made short work of 2013 world champ Eve Muirhead of Scotland, racing to an 8-2 victory in just seven ends on Tuesday night at the Capital Gymnasium.

“We’re happy with that performance,” said Courtney. “I think we got a good handle on the ice early, and it was nice to play a couple open ends to get to feel comfortable, and when we had our opportunities, we were able to capitalize.” 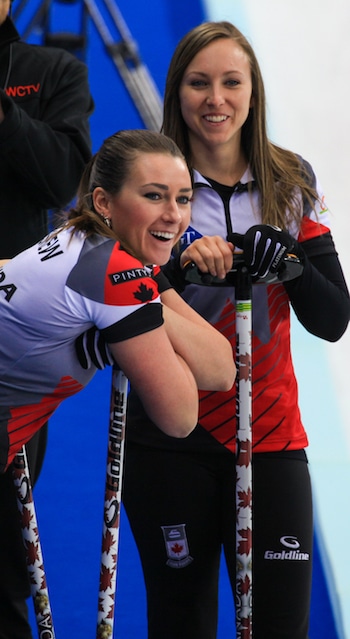 Emma Miskew, left, and Rachel Homan had plenty of reasons to be happy on Tuesday. (Photo, World Curling Federation/Alina Pavlyuchik)

That game plan paid off in the third end. After two blank ends to open the game, Homan opened the scoring in the third with a short raise takeout to score a pair.

After a blanked fourth end by Scotland (coached by four-time Brier and world champ Glenn Howard), Canada continued to apply pressure in the fifth, and it paid off as Muirhead was heavy with her last-rock draw to gift a steal of two to Canada.

Scotland (3-4) would get on the board with two in the sixth, but the gloves came off for handshakes in the seventh when Homan made a come-around tap to score four to finish off the victory.

“They’re a great team and they have all the shots, so you know you have to be careful with what shots you’re leaving them, and you have to show up and play well,” said Courtney. “So we’re quite happy with our performance.”

There are various scenarios at play Wednesday that would see Canada lock down a berth in the four-team playoff round that kicks off with the Page 1-2 game on Friday night (7 p.m. local time; 7 a.m. ET).

Meanwhile, the Canadian team believes its best performances are yet to come.

“Absolutely, theres still room for improvement,” said Courtney. “The ice is a little different every draw, so we just have to stay patient with ourselves and keep trying our best to figure it our faster than the other team, and so far we’ve been just good enough in some of our games. That game was a little better than that.”

The performance to date, though, has impressed Canada’s long-time national women’s coach. 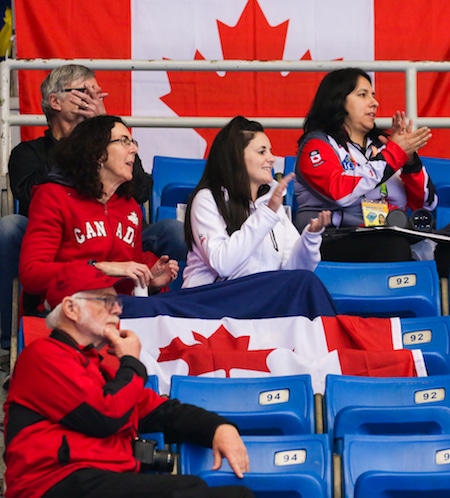 “We’ve had Team Canadas that have had exceedingly great round-robin performances, so this isn’t the first time this has happened,” said Dagg-Jackson. “But I don’t think it’s ever been better than this one. This team is really operating on all cylinders. They’re confident, they’re playing smart, they’re backing each other up — it’s looking really good.”

Following the game against Sweden, Canada will be back on the ice Wednesday night (7 p.m. local; 7 a.m. ET) against Anna Kubeskova of the Czech Republic (4-3).

For live scoring, standings and team lineups from the 2017 CPT World Women’s Curling Championship, presented by Ford of Canada, go to: www.worldcurling.org/wwcc2017.