Terry Odishaw and his Curl Moncton foursome continue their winning ways at the 2017 Everest Canadian Seniors Curling Championships, and that’s good news for fans of the home-province team, who share a 4-0 record with Ontario’s Howard Rajala after two days of round robin competition in Fredericton, N.B. 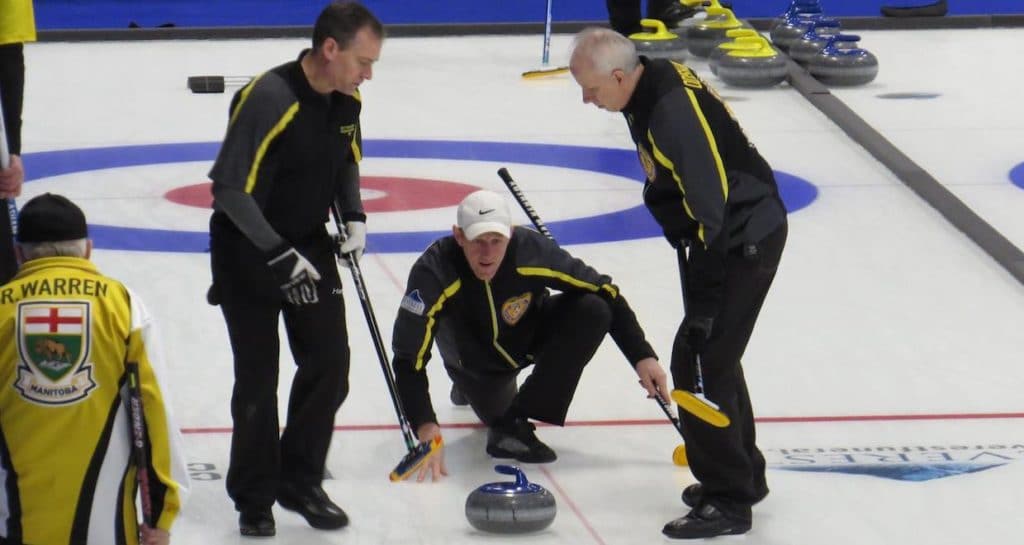 “You don’t really notice you’re the home team until after you shoot,” said Odishaw after a 5-3 win over Manitoba’s Murray Warren in the morning draw. “You’re not down there saying ‘I’ve got to make a good shot because the crowd’s watching.’ You just make your shot and then you realize, ‘Oh yeah, we’re at home.’” Odishaw capped off the day off with a 5-4 win over Alberta to hold on to top spot in Pool B standings. Nova Scotia’s Alan O’Leary also had a two-win day, scoring three points in the seventh end to defeat Alberta’s Wade White 6-3, and going on to win a close 4-3 battle over Northern Ontario’s Robbie Gordon. In Men’s A Pool, Rajala holds top spot after hanging on for a 6-5 win over Prince Edward Island’s Philip Gorveatt in the afternoon draw. “This game was tough,” said Rajala after an 8-3 win over Nunavut’s Ed Sattelberger earlier in the day. “You have to be mentally ready to play. We got a nice break on the fourth end with a four, which broke the game open, but it was close up until then.” “Rich Moffat and I were in Summerside at the Seniors in 2013,” the Ontario skip said about his past experience at the national event. “We had a good run but lost the final, so we’re hoping this time to play on the weekend again if we can.” Gorveatt and Quebec’s Robert Maclean are following right behind Ontario, both with 3-1 records. In Women’s Pool B action, Saskatchewan’s Sherry Anderson continues to lead the pack. An evening battle with Peggy Taylor of Northern Ontario featured two teams with identical 3-0 records, but Anderson came out on top of a 10-5 score to take sole position of first place. Taylor and Manitoba’s Terry Ursel are close behind, sharing a 3-1 record. 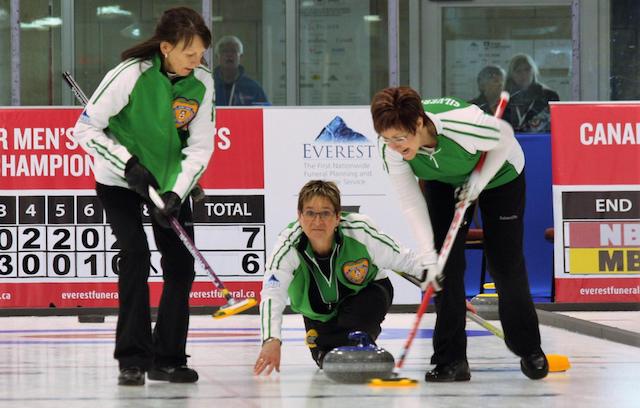 In Women’s Pool A, Lynne Noble of British Columbia remains undefeated with a 3-0 record, followed by Nova Scotia’s Mary Mattatall and Ontario’s Jo-Ann Rizzo, both with 2-1 records. Draw results for the 2017 Canadian Seniors are available at www.curling.ca. For event information, visit https://www.curling.ca/2017seniors.