Canada on verge of unbeaten round robin

BEIJING — It’s only happened twice before, and now Team Canada will have a chance to be a part of history at the 2017 CPT World Women’s Curling Championship, presented by Ford of Canada. 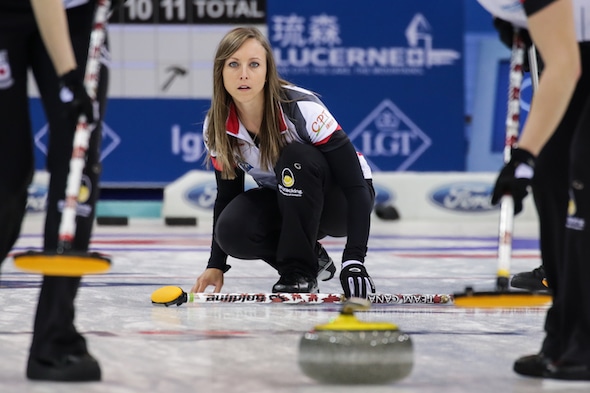 Just two previous teams have ever gone through round-robin play unbeaten at the World Women’s Championship since its inception in 1979.

After an 8-5 win over Italy’s Diana Gaspari on a soggy Thursday morning at the Capital Gymnasium, Team Canada’s Rachel Homan and her Ottawa team improved their record to 10-0, having already clinched first place and a berth in Friday’s Page 1-2 playoff game. 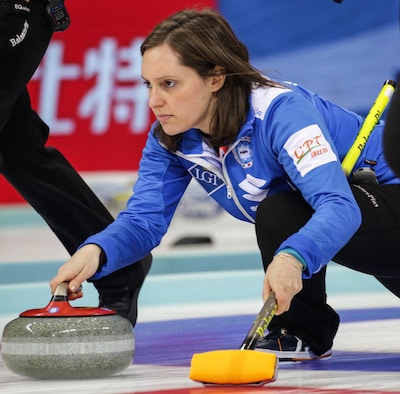 Norberg went on to win gold in 2005, although she had to come back from losing the Page 1-2 playoff. Jones, meanwhile, settled for silver.

Homan, though, is reluctant to place any emphasis on the value of an unbeaten round robin, other than the fact it shows the team is performing at a high level going to the playoffs.

“I think we’re doing the right things here,” said Homan. “I don’t think going undefeated (in the round robin) is a record I care about or the team cares about; I think at the end of the day, you just want to see gold. However you have to bring that gold back for Canada, that’s what we’re going to do. We’re in the 1-2 game, and that’s what we wanted. Win or lose this afternoon, we’re going to just keep learning and we’ll set ourselves up to make sure we’re in the right mental frame and rested for the 1-2 game.”

Canada shot the lights out against the Italians (3-7), who were fighting hard to improve their standing in the Olympic qualifying race. Deuces in the second and eighth ends, along with a three in the fourth end, were more than enough to subdue Italy. Canada was scored at a cumulative 92 per cent.

It was important, suggested Kingsbury, for his team to keep the same mindset it employed over the first five days of the competition — taking nothing for granted, and focusing on every shot.

“I think it’s so easy to take a day like today, when you know you’ve already qualified, to almost relax in a way,” he said. “But we specifically talked about that before the game and said, ‘Let’s keep the intensity up. Let’s use this as an opportunity to learn more about this ice.’ ” 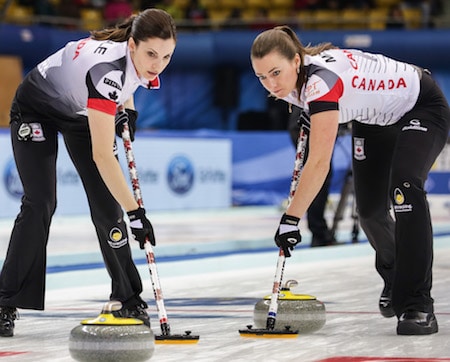 Canada will play either Anna Hasselborg of Sweden (8-2) or Anna Sidorova of Russia (6-3) in the Page 1-2 game on Friday (7 p.m. local; 7 a.m. ET). Sweden and Russia meet in the afternoon draw on Thursday, and Russia would need to win that game, and also beat China’s Bingyu Wang in the evening game to get to the 1-2 game.

In other Thursday afternoon games, Sweden locked up a playoff berth with a 10-4 win over China (2-8); Nina Roth of the U.S. kept her playoff hopes alive with a crucial 8-5 win over Switzerland’s Alina Pätz, leaving both teams with 5-5 records; and Scotland’s Eve Muirhead (6-4) was a 7-2 winner over Germany’s Daniela Jentsch (5-5).

The Swiss are in dire straits in their pursuit of that country’s fourth straight world women’s championship. Five-loss teams are still alive, although under WCF rules, only one tiebreaker round is permitted, meaning teams could be eliminated based on the pre-game draw distance rankings.

Nine of Canada’s 11 round-robin games, as well as the medal round, are being broadcast by TSN. Go to www.tsn.ca/2016-17-curling-broadcast-schedule-1.593081 to see the broadcast schedule.