The playoffs match-ups are set as the Championship Round wrapped up on Friday evening at the 2017 Everest Canadian Seniors Curling Championships in Fredericton, N.B. Men’s Leading the way on the men’s side is undefeated Terry Odishaw of the host province, who finished the round robin and championship round undefeated at 10-0. Odishaw cemented his top spot by scoring a 9-5 win over Quebec’s Robert Maclean in the final game of the championship round. Maclean finishes in third place with a 7-3 record. 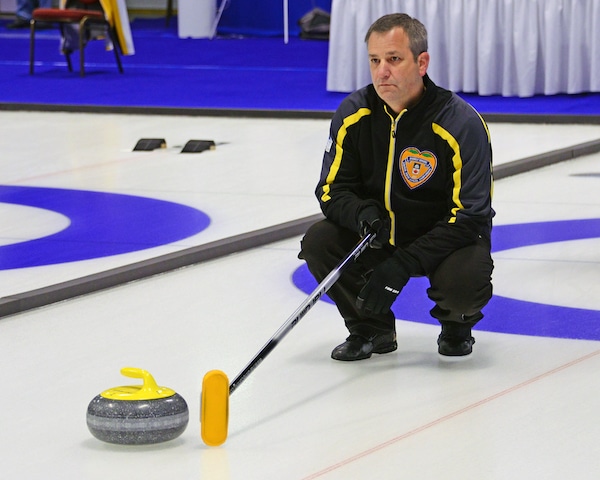 Alberta’s Wade White and Ontario’s Howard Rajala squared off in the afternoon draw, with White stealing two ends on his way to a 7-6 win. Ontario finishes in fourth place with a 6-4 record, while Alberta takes over second place with a 7-3 record. With the final standings set, Odishaw (NB) will take on Rajala (ON) in the 1 vs 4 game, while Wade White (AB) will face Maclean (QC) in the 2 vs 3 game. Just out of playoff contention are Northern Ontario’s Robbie Gordon and Manitoba’s Murray Warren, both at 5-5, and Prince Edward Island’s Philip Gorveatt and Newfoundland and Labrador’s Mark Noseworthy, who both finish the championship round at 3-7. In the men’s Seeding Pool, Saskatchewan’s Darrell McKee and Nova Scotia’s Alan O’Leary finish on top with a 6-3 record, followed by British Columbia’s Craig Lepine (4-5), Yukon’s Pat Paslawski (3-6), Nunavut’s Ed Sattelberger (2-7) and Northwest Territories’ Mel Sittichinli (0-9). Women’s In the women’s championship round, the battle for playoff positions came down to the wire, with Alberta’s Cathy King finishing in first place after defeating Kathy Hicks of New Brunswick 6-2 in the final draw. Second place belongs to Lynne Noble of British Columbia, who finished with a 5-2 record after defeating Terry Ursel of Manitoba 7-3 in the final game of the championship round. Ontario’s Jo-Ann Rizzo moved up to third place after stealing a point in an extra end to defeat Saskatchewan’s Sherry Anderson, 5-4. So the women’s match-ups are set: King (AB) meets Anderson (SK) in the 1 vs 4 game, and Noble (BC) will play Rizzo (ON) in the 2 vs 3 game. Just out of playoff contention are Nova Scotia’s Mary Mattatall, Northern Ontario’s Peggy Taylor and Manitoba’s Ursel, all with 3-4 records, followed by Hicks, who finishes the championship pool winless at 0-7. In the women’s Seeding Pool, Quebec’s Anne Hardy and Newfoundland and Labrador’s Diane Roberts finish at the top with 3-1 records, followed by Prince Edward Island’s Shelley Ebbett and Northwest Territories’ Debbie Moss at 2-2, and Yukon’s Darlene Gammel at 0-4. Playoff games take place Saturday at 8:30 a.m. EDT, with the medal games kicking off at 2 p.m. EDT. Draw results for the 2017 Canadian Seniors will be available at www.curling.ca. For event information, visit https://www.curling.ca/2017seniors. 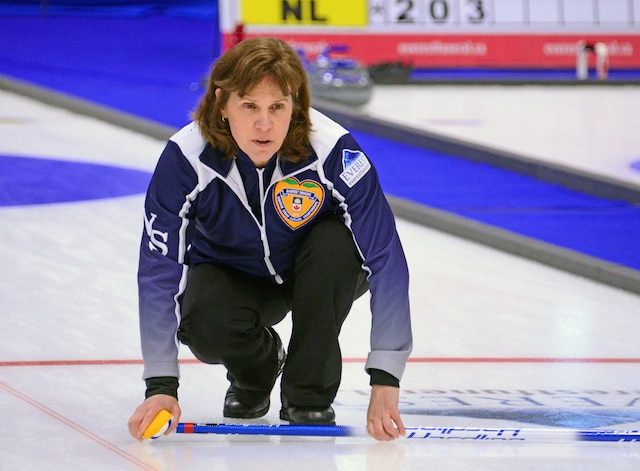