An unprecedented celebration of Canadian championship curling will take place next year in Leduc, Alta., it was announced today by Curling Canada. 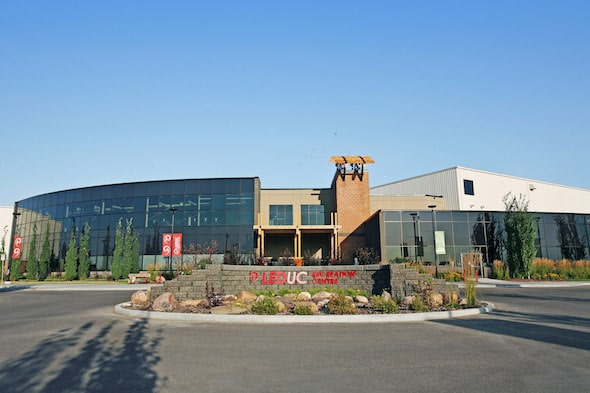 Over a nine-day span, the Leduc Recreation Centre will play host to four Canadian championship events:

“The Leduc curling community is in for an absolute treat as these four national championships present a wide spectrum of curling at its highest level,” said Peter Inch, Chair of Curling Canada’s Board of Governors. “It’ll be a wonderful opportunity for curling fans in Leduc and the Greater Edmonton area to embrace four events at once, and we know that based on past events in Leduc that the visiting athletes, officials and fans will go home with smiles on their faces.”

The U SPORTS and CCAA championships, along with Canadian Mixed Doubles Championship, be played in the Leduc Recreation Centre’s twin arenas — Ken’s Furniture Arena and Robinson Arena — while the Canadian Wheelchair Championship is scheduled for the eight-sheet BMO Centre curling facility; it will be part of the 100th anniversary celebrations for the club.

“We are very pleased to be the host for this ground-breaking event,” said Leduc Mayor Greg Krischke. “Leduc has a proud history of curling excellence and hosting major events, and it’s fitting for this event to occur during the 100th anniversary of the BMO Curling Centre.”

It will be the 11th staging of the U SPORTS/Curling Canada Curling Championships, and the second time it’s been held in Alberta; the 2010 championships were staged at the Saville Sports Centre in Edmonton and hosted by the University of Alberta.

The University of Alberta will be the official host school for the 2018 championships. 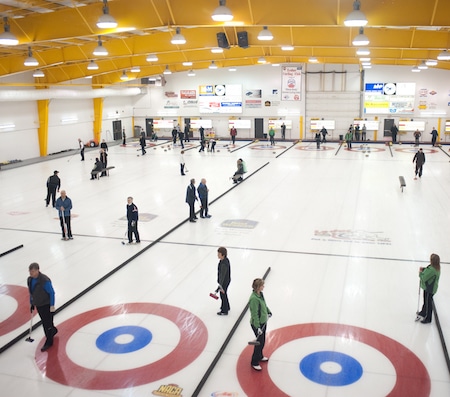 “U SPORTS is very pleased to continue its commitment to university curling in Canada. Partnering with Curling Canada and one of our sport partners, the Canadian Collegiate Athletic Association, as well as the University of Alberta and the University of Alberta-Augustana, will raise the bar by providing university athletes with the opportunity to compete on stadium ice,” said Graham Brown, CEO of U SPORTS.  “One of our goals for university sport in Canada is to build relationships with our sport partners and universities to enhance the student-athlete experiences at U SPORTS national championships. Providing a curling festival concept in a curling community like Leduc does just that.”

The men’s and women’s winners of the 2018 U SPORTS/Curling Canada Curling Championships will earn the right to represent Canada at the 2019 Winter Universiade in Krasnoyarsk, Russia.

Meanwhile, it will be the first time the CCAA national men’s and women’s championships, for colleges and institutes, will be staged in cooperation with Curling Canada.

It will be the 14th CCAA national championship event; the event started in 1984 and ran through to 1990. It was revived in 2012 and has been staged annually ever since.

It will be the second straight year the CCAA Championships have been held in Alberta; Red Deer College and Fanshawe College won the women’s and men’s gold medals respectively at the University of Alberta-Augustana in Camrose, which is also serving as the official host school for the 2018 event.

“The CCAA is thrilled to be collaborating with Curling Canada in the hosting of the 2018 CCAA/Curling Canada Championships,” said Sandra Murray-MacDonell, Executive-Director of the CCAA. “By collaborating with Curling Canada, the hope is to grow the sport in the Canadian Collegiate post-secondary sector. There is a strong curling presence in our Ontario and Alberta Athletic Conferences.  With the increased exposure of CCAA student-athlete competition amidst three other Curling Canada Championships and with the infusion of team travel subsidies, growth and alignment in this sport sector is sure to ensue.”

“This will be an historic event in a club that has a proud legacy in the sport of curling, and we couldn’t be happier to see it happening in Alberta,” said Ruby Olson, Operations Director for the Alberta Curling Federation. “I know the community will be extremely supportive and will be working hard to make sure all four events run without a hitch.”