The best – and worst – of curling with your spouse: Inside the 2017 Mixed Doubles championship

It was a wild day of tiebreakers at the 2017 Canadian Mixed Doubles Curling Championship in Saskatoon as teams battled for the final 12 playoff spots, so to offset the tension, Jeff Stoughton, Curling Canada’s National Coach for Mixed Doubles, spent some time doing research. Specifically, he asked the married couples competing for the Canadian championship to answer two questions: What’s the best part – and the worst part – about playing on a team with your spouse? Here’s what Stoughton discovered (and yes, a few of his comments are recorded as well): Nicole Westlund-Stewart and Tyler Stewart 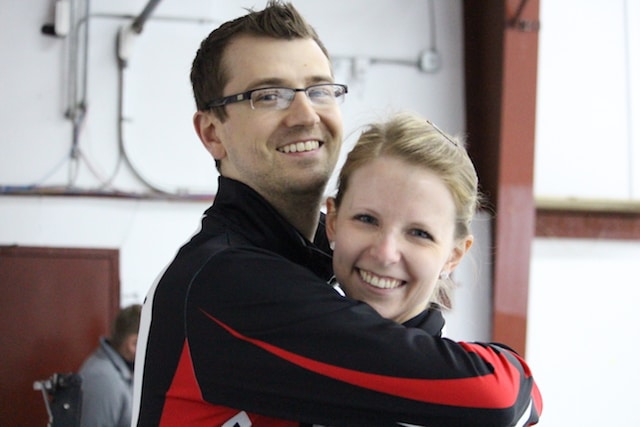 Nicole: Best: That’s a tough one. It’s a lot of fun. It’s easy. Worst: We can’t stay mad at each other because we have to go home together. Tyler: Best: We’re a good team. Worst: That you can’t get mad at them. Helen Strong and Wade Scoffin 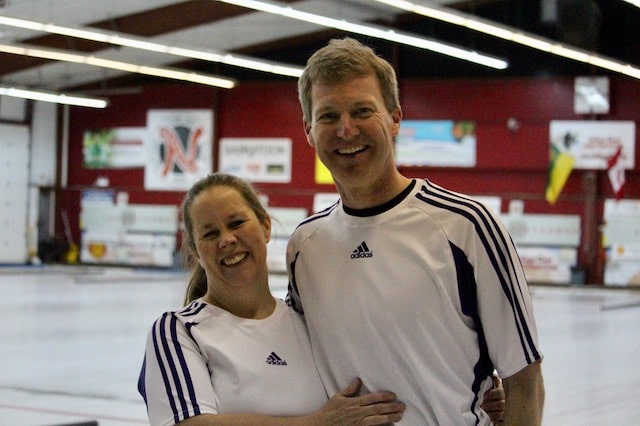 Helen: Best: I get to sleep with him. Worst: I have to watch him play Wade: Best: (long pause, and laughing) Cause we’ve stopped wallpapering, it’s just time spent together. Worst: Deciding on strategy. Different approaches and different philosophies of how to play. (Stoughton: And does it go home with you?) No! Brent Laing (husband and curling partner of Jennifer Jones) 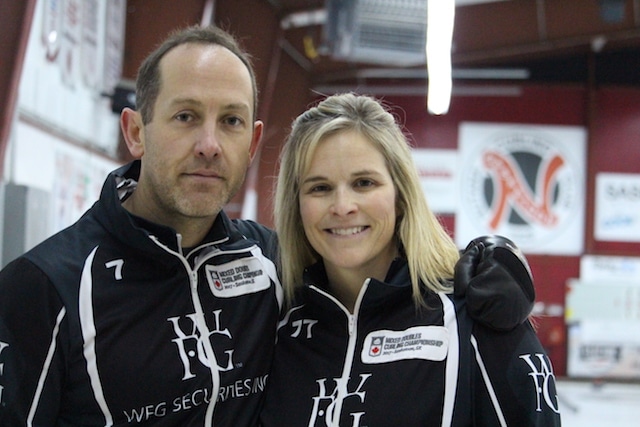 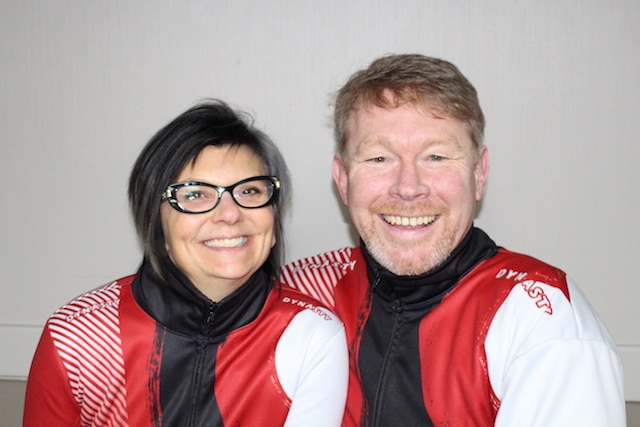 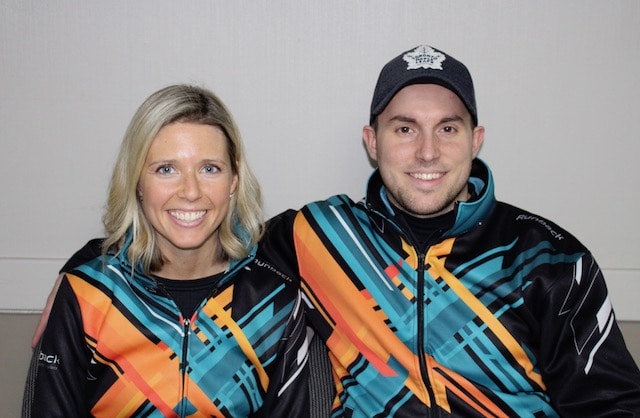 Mark: Best: Getting to travel with her and have time away from the kids. (Stoughton: So sappy…) Worst: Fighting on the ice Mallory: Best: He’s really good at hitting and I can swear at him. Worst: I can’t swear at him and I have to go home with him. Katie and Shawn Cottrill 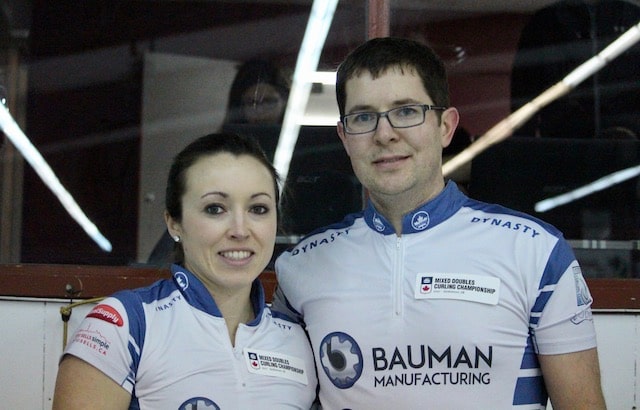 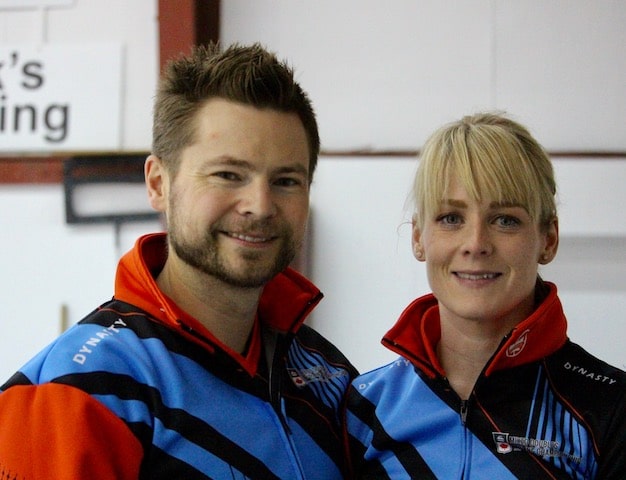 Mike: Best: Ahhh Jeff I’m not good at this stuff! Okay, I get to say pet names like “Honey” Worst: After the game. The silence. (Stoughton: That’s if you lose?) No, sometimes when we win, too. Dawn: Best: Uhhhh….(long pause)…Oh man, I don’t know. He’s supportive. He knows how to support me. Worst: We probably are too hard on each other, to be honest. Karen and Dean Pigeau 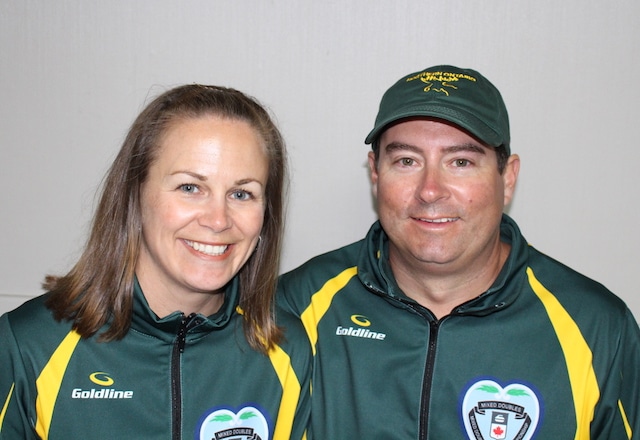 Karen: Best: Knowing each other’s mistakes before we even make them. Worst: We can’t get mad at each other because we have to go home together at the end of the day. Dean: Best: Being able to experience this whole thing with her, because we’ve curled for so many years together that this just goes hand-in-hand, being on the ice with her Worst: I’ve got to keep my tongue in my pocket and bite my tongue sometimes and keep the comments to myself. Wayne and Kim Tuck 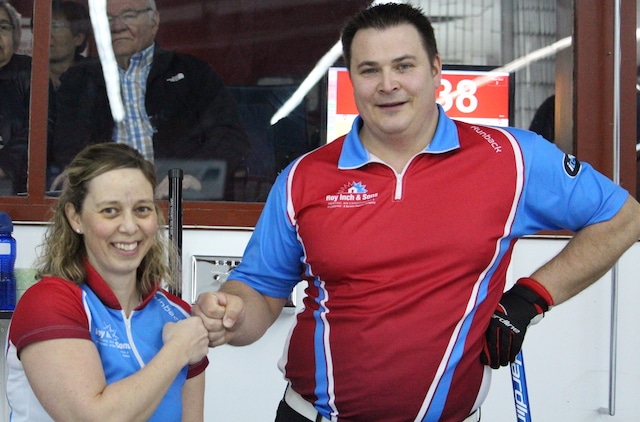 Wayne: Best: Next question. Okay, when you’ve played so long together, you don’t really have to watch what you say, but it kind of drags on at home, and it carries over and it never really leaves the ice… Worst: I don’t know. If I played with another girl it wouldn’t be good at home either. Playing with your wife’s fine. You know each other really well, so that’s the bonus. There’s no bad part about playing with your wife. (Stoughton: Good answer!) Kim: Best: I think the fact that you get to share something at this level is pretty amazing. It has its times that make it difficult. But I guess the best thing is, he’s your partner in life, he’s your partner on the ice, he’s always got your back. Worst: There’s more of those – no just kidding. There’s no line. You’re spending every day with him, and we work together, which makes it especially difficult. But there’s that line you wouldn’t cross on a regular team with other people, and I think that line gets a bit skewed sometimes and that makes it hard. —– The Round of 12 got underway on Saturday night, with eight teams looking for the chance to square off against the four top pool finishers: Rachel Homan/John Morris, Jennifer Jones/Brent Laing, Sherry Just/Ryan Deis and Joanne Courtney/Reid Carruthers. 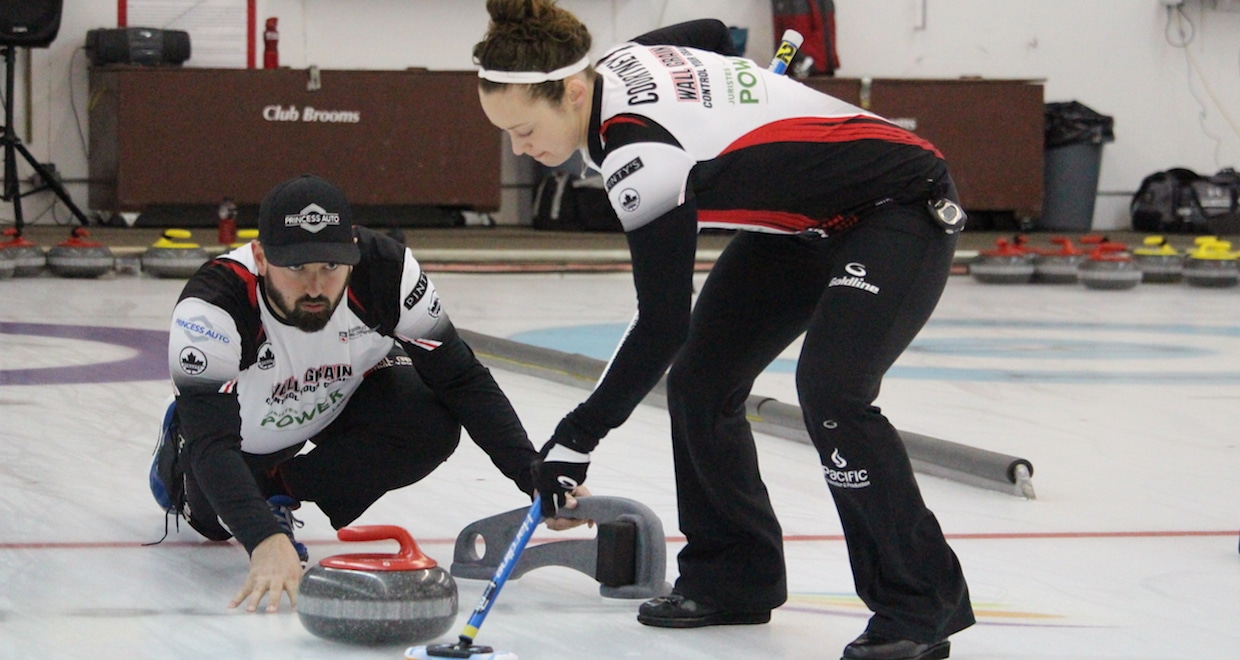 Quarter-finals get underway on Sunday at 11 a.m. (EDT) with semifinals at 2 p.m. (EDT) and the championship games at 5 p.m. (EDT) For the first time, CBC Sports will be offering live streaming of the weekend games. You can watch all the weekend action starting Saturday at 8:30 a.m. (all times CST) at cbcsports.ca or via the CBC Sports app for iOS and Android. For event information, scores and standings, visit the event website: https://www.curling.ca/2017mixeddoubles.