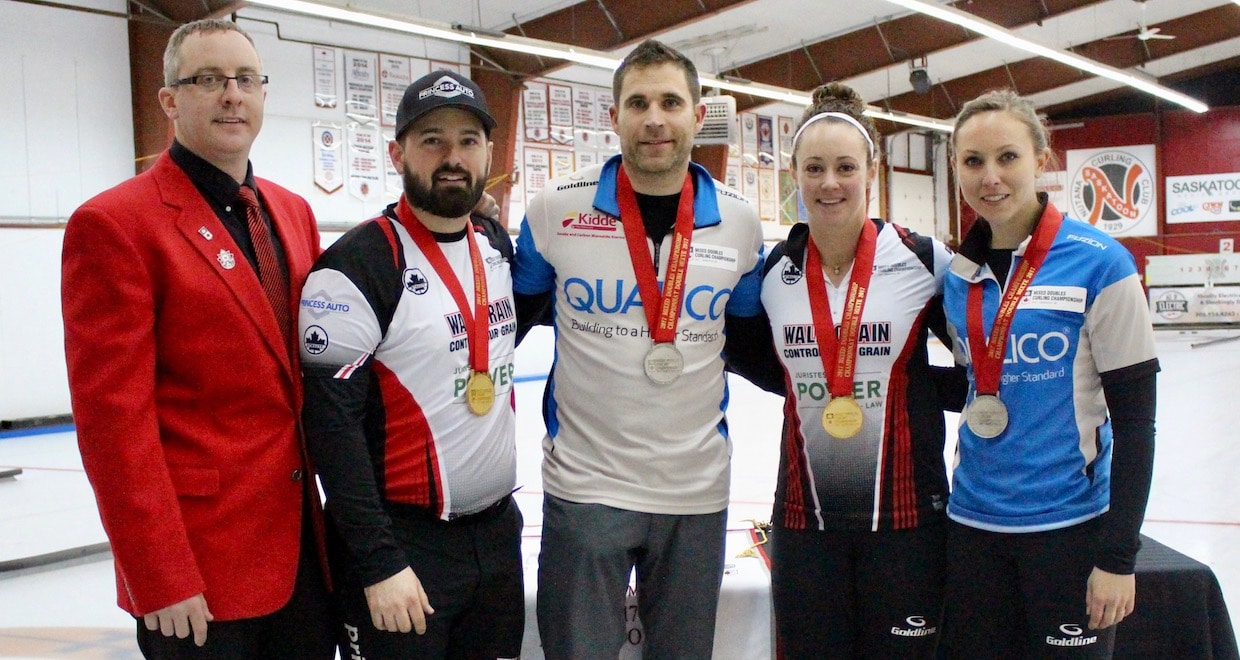 Both teams came into the title game Sunday at the Nutana Club in Saskatoon undefeated, having finished at the top of their respective pools in the round robin, and they were tied after eight ends in the final. But Carruthers and Courtney took control in the extra, and when Homan’s final draw was left a sliver exposed, Courtney made no mistake in removing the Homan/Morris counter to score three for the victory. “It feels amazing. We had a great week,” said Courtney. “(Reid is an) awesome teammate and it was a great battle in the final there.” “It was an awesome game,” added Carruthers. “(Joanne) bailed me out. She was the true skipper this week. I made a couple of good ones to help her out in this game. It was a lot of fun.” With the victory, Courtney, of Edmonton, and Carruthers, of Winnipeg, will now compete at the 2017 World Mixed Doubles Championship, taking place April 22-29 at Lethbridge, Alta. (held in conjunction with the World Seniors), and also earn $5,100 for the win. In semifinal action earlier in the day, Courtney and Carruthers held off a late charge by Calgary’s Chelsea Carey and Winnipeg’s Colin Hodgson for a 6-4 win, while Homan (Ottawa) and Morris (Calgary) stole two ends on the way to an 8-4 win over Jennifer Jones and Brent Laing of Shanty Bay, Ont. Making it to the final capped off a remarkable season for Homan and Courtney who won the Canadian women’s championship in St. Catharines, Ont., at the Scotties Tournament of Hearts in February, followed by an undefeated run to bring home the gold medal from the CPT World Women’s Championship, presented by Ford of Canada, in Beijing, China, in March. “I didn’t know what this week would look like, coming off of the world championship,” said Courtney. “I just kept trying to throw it close, and it’s been working so far, so we’re really excited.” And facing her skipper as an opponent was part of the fun, said the Team Homan second. “The blinders are on. You’re trying to stick to your own processes, but between ends we were chatting,” said Courtney. “And lots of shots were made, so when she made a good one I said ‘nice shot’ and when I made a good one she said ‘nice shot’, so it was a nice atmosphere out there and we had a lot of fun.” Courtney and Carruthers, Jones and Laing, and Carey and Hodgson will join Homan and Morris at the 2018 Canadian Mixed Doubles Curling Trials, Jan. 2-7 (at a site to be announced), which will determine Canada’s team for the Mixed Doubles competition in the 2018 Winter Olympics in Pyeongchang, South Korea. But first, Courtney and Carruthers have the job of nailing down a spot for Canada in the Olympic mixed doubles competition. The 2017 World Championship will determine the seven teams that will join host South Korea in Pyeongchang. The combined results of the 2016 and 2017 world championships will decide the teams, and Canada’s Marliese Kasner and Dustin Kalthoff placed fifth last year in Karlstad, Sweden. 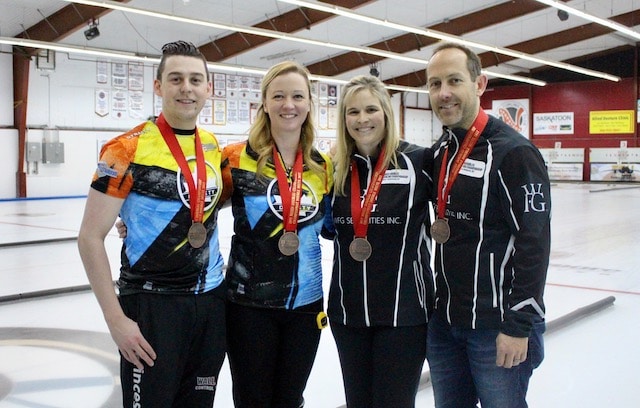