The 14th Canadian Wheelchair Curling Championship gets underway Monday in Boucherville, Que., at the Club de curling Boucherville in the Complexe sportif Duval Auto. It marks the third time in the last four years that the city has hosted the event. 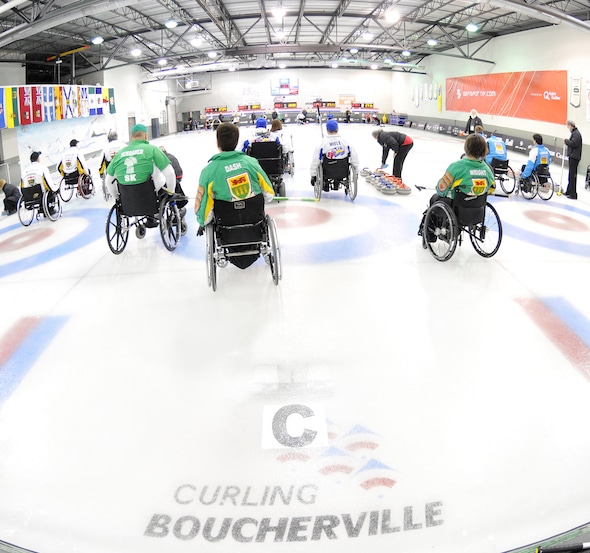 The Canadian Wheelchair Curling Championship is being hosted by Club de curling Boucherville for the third time in four years. (Photo, Curling Canada)

Ten teams, representing nine provinces (no P.E.I.) plus Northern Ontario, play a round robin through Friday, April 28, followed by playoff games on Saturday evening at 6:30 p.m. — 1 vs. 4 and 2 vs. 3. The winners advance to the gold-medal final Sunday at 10 a.m. (all times ET) while the losers meet in the bronze-medal match at the same time.

The defending champions return but the team is now skipped by Dash, as they face some familiar foes during the week. Dean’s team also returns intact.

They are joined by former winning skips Dennis Thiessen of Manitoba, Quebec’s Benoît Lessard and Gerry Austgarden of British Columbia.

Lessard won the 2013 championship at Ottawa and was runner-up to Thiessen in 2014. Austgarden is a three-time winner, as skip in 2015 at Boucherville and as third for Team Canada’s Chris Daw in 2006, when he also won a gold medal in the 2006 Paralympic Winter Games at Pinerolo, Italy. He was also the alternate for Daw’s winning team in the 2005 Canadian championship. 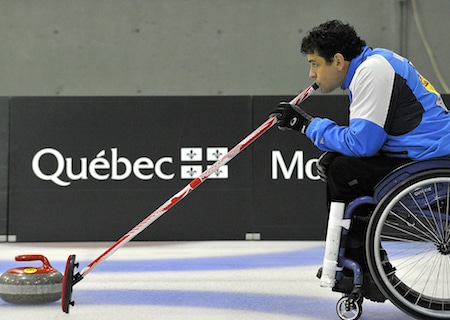 Alberta third Bruno Yizek was the alternate for Canada (skip Jim Armstrong) when winning gold medals in both the 2010 Paralympic Games at Vancouver and the 2011 World Wheelchair Curling Championship at Prague while B.C. third Darryl Neighbour is a three-time winner — as skip in 2007, as an alternate (skip Jim Armstrong) in 2009 and as third for Austgarden in 2015. He also won a Paralympic gold medal in 2010 at Vancouver, when playing third for Armstrong.

Draw results and event information can be found at www.curling.ca/2017wheelchair/.