The World Curling Federation (WCF) will induct its first full curling team to the World Curling Hall of Fame on Saturday, it was announced today in Lethbridge, Alta. The recipients of this honour will be 1959, 1960 and 1962 Scotch Cup winners, Team Richardson of Regina. 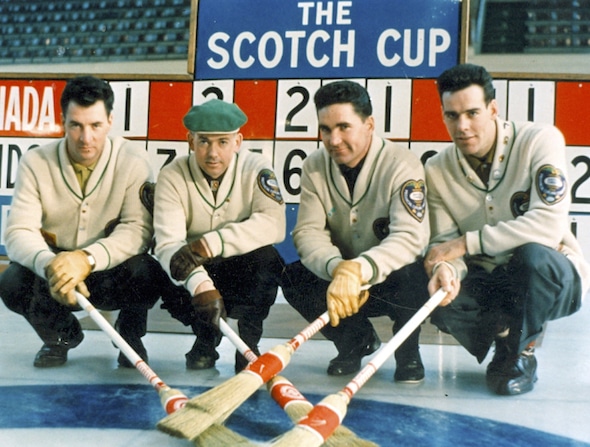 The Richardson team — curling’s first world champions — was made up of Ernie and brother Garnet (known universally as Sam) and their cousins Arnold and Wes Richardson. In 1963 Ernie, Garnet and Arnold won the Scotch Cup a fourth time, with Mel Parry, who replaced Wes who had been struggling with injury at the time.

As well as their on-ice achievements, this team played a significant part in taking the Scotch Cup from its two-nation beginnings — Canada and Scotland — to the global spectacle curling is today, with 56 Member Associations in the World Curling Federation, taking part in various international competitions, camps and courses across the globe.

The formal induction will take place during the closing ceremony of the 2017 World Mixed Doubles Curling Championship in Lethbridge, following the gold-medal final that starts at 4 p.m. MT.

“The World Curling Hall of Fame exists to recognize outstanding contribution to our sport, whether that be through on-ice success or off-ice endeavours,” said World Curling Federation president Kate Caithness, who will formally induct Team Richardson on Saturday. “We usually induct individuals under two categories — curlers and builders. However, on Saturday we are going to make curling history and for the first time ever induct an entire curling team.

“The submission we received for this team stated, ‘A skip is only as good as his teammates.’ It was that reason we felt one of curling’s finest teams, who were the first world champions, should be recognized equally, from lead to skip.” 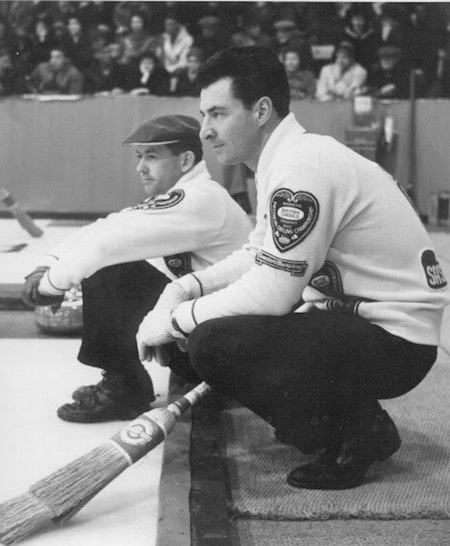 “Our years together as a team produced so many wonderful memories, and I know Sam and Wes would feel just the same as I do at this truly amazing honour,” added Arnold Richardson. “Being part of the development of the World Curling Championship, and being able to do it with my family, was a thrilling experience, and we  are grateful that the World Curling Hall of Fame has given us this recognition.”

Curling Canada’s Board of Governors Chair, Peter Inch, in the submission for this recognition said: “Ernie would be the first to tell you that his legendary victories in the early years of the World Men’s Curling Championship would not have been possible without the support of his teammates. For that reason, we believe the entire Richardson team is worthy of induction for its achievements.

“Playing in an era when stones and ice conditions were less than predictable, the Richardsons steamrollered their way to victories around the world. At the same time, their warm interaction with fans and their peers on both sides of the Atlantic Ocean helped raise the profile of curling to its highest levels, both as a competition and as an example of sportsmanship.”

On Saturday, Ernie and Arnold will receive the World Curling Hall of Fame silver salver. In recent years, sadly, Garnet and Wes have passed away and will be inducted posthumously.

Members of the World Curling Federation Hall of Fame are inducted as ‘curlers’ or ‘builders’. ‘Curlers’, the category which Team Richardson is inducted under, is recognizes international curlers who have demonstrated world championship level playing ability, sportsmanship and character, and who have achieved extraordinary distinction and outstanding results in the sport of curling.

Prior to 2012, the WCF awarded the World Curling Freytag Award, named after the late Elmer Freytag of the United States Curling Association, who was a founding member of the International Curling Federation (now the WCF).

For more information on the World Curling Hall of Fame, go to: www.worldcurling.org/world-curling-hall-of-fame