LETHBRIDGE, Alta. — It was an agonizing way to lose, but in the big picture, it was a huge step forward for Canada at the 2017 World Mixed Doubles Curling Championship. 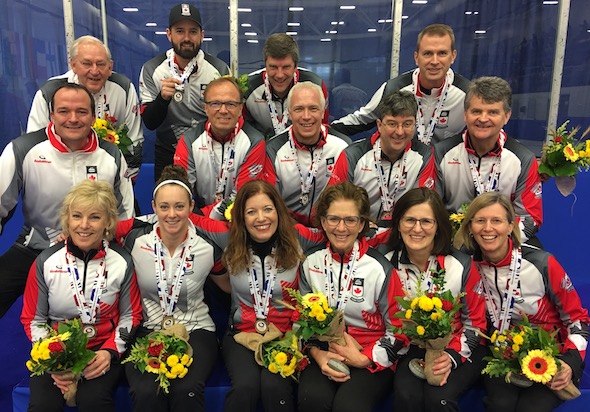 But a miss from Courtney on her final shot of the game opened the door for the Swiss to claim their leading sixth gold medal in the 10-year history of the event as Perret drew for a stunning four for a 6-5 victory.

“We can’t be prouder of this team, but that’s mixed doubles — you make one little mistake an all of a sudden there’s a four on the board and you lose the world championship,” said national mixed doubles coach Jeff Stoughton. “I know they’ll be thinking about this for quite a long time, but they can hold their heads high and be super proud of their accomplishments.” 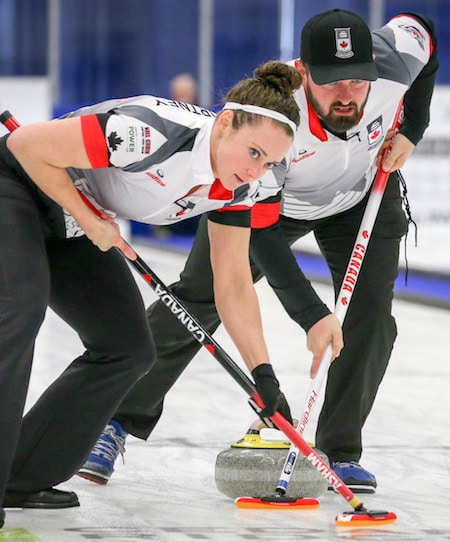 Among those accomplishments were a best-ever finish for Canada at the World Mixed Doubles; in the previous nine editions, Canada had won just one medal, a bronze in 2009 by Alli Flaxey and Sean Grassie.

Additionally, Canada locked up a berth in the 2018 Winter Olympics in Pyeongchang, South Korea, where mixed doubles curling will make its debut as a medal sport. Canada will be joined by host South Korea, Switzerland, the United States, Finland, Norway, China and Russia.

“It was a great week for Canada; we put on a performance in the playoffs and we have tons to be proud of,” said Carruthers. “Obviously, Joanne played great all week, and we made a few shots together. It was a tough way to lose the game, but at the same time, we can learn a little bit from this one.”

Canada had barely scraped into the 16-team playoffs with a 5-2 record, but rattled three playoff wins, including a 5-4 extra-end win over China’s Rui Wang and Dexin Ba in the semifinal.

“I’m super proud of our team, our coaches Jeff and Paul (Webster), our support staff, our families were here, the crowd was amazing — it was just a fantastic week,” said Courtney. “If you would have asked us after our last round-robin game (a loss to the United State) how we’d feel about winning silver, we’d be very happy. So, lots to be proud of. It definitely stings now, silver always does a little bit. But congrats to the Swiss, they played amazing, too.”

Canada’s first Olympic Mixed Doubles Trials will be held in early January, with a location to be announced in the next week or so. Courtney and Carruthers are among the teams who have already clinched berths.

“It’s a ton of work to play mixed doubles and to play it well, and the competition here was amazing,” said Courtney. “We have lots of work to do for mixed doubles in Canada, and we’re really proud that we were able to get us into the Olympics.”