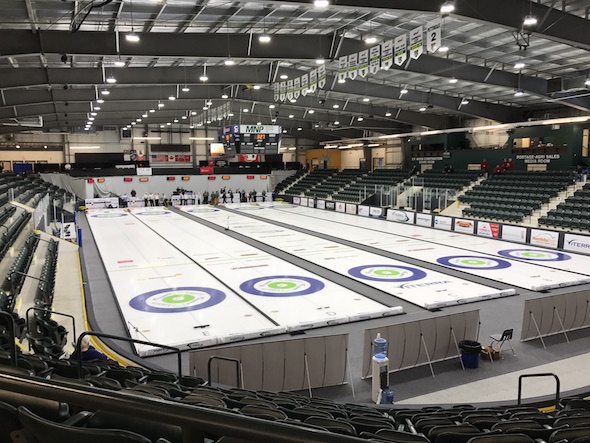 The first Canadian Mixed Doubles Olympic Trials are scheduled for Jan. 3-7, 2018, at Stride Place in Portage la Prairie, where 18 teams will play for the right to represent Canada at the 2018 Winter Olympics in Pyeongchang, South Korea, where mixed doubles will make its debut as an Olympic medal sport.

“This will be an historic event, and we’re thrilled to see Portage la Prairie earn the privilege of playing host to the first Canadian Olympic Mixed Doubles Trials,” said Peter Inch, Chair of Curling Canada’s Board of Governors. “We know the community will embrace this event, because we’ve seen Portage la Prairie step up repeatedly in the past for the sport of curling. Knowing what’s on the line next January, we’re anticipating a great show in Portage la Prairie.”

It wasn’t until this past weekend in Lethbridge, Alta., that the Trials were assured of taking place. Competing at the 2017 World Mixed Doubles Championship, the Canadian team of Joanne Courtney and Reid Carruthers (Edmonton/Winnipeg) clinched an Olympic berth for Canada by reaching the semifinals. Courtney and Carruthers would go on to win a silver medal, Canada’s best finish in the history of the event.

“Our mixed doubles athletes have been working extremely hard in the past few years to make sure we’re at a level to compete for a medal in Pyeongchang,” said Curling Canada’s national mixed doubles coach Jeff Stoughton. “That hard work will continue as we turn our focus to the Olympic season. And while Joanne and Reid clinched the berth this past weekend, it’s important to acknowledge the amazing and gutsy performance by Marliese Kasner and Dustin Kalthoff at the 2016 World Mixed Doubles Championship. Without the qualifying points they earned us there, we wouldn’t be in the position we are today.” 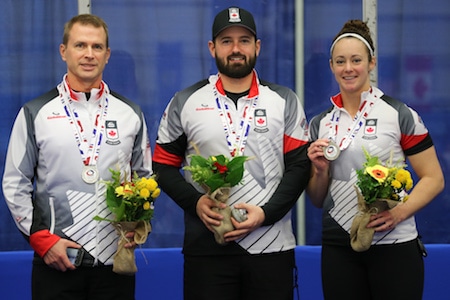 The Trials will featured 18 teams, split into two pools of nine, and eight teams will move into a modified double-knockout playoffs.

The event will follow the 2017 Tim Hortons Roar of the Rings Canadian Curling Trials in Ottawa, where Canada’s four-player men’s and women’s teams for Pyeongchang will be decided. Members of the Canada’s Olympic four-player teams won’t be eligible to compete in the Olympic Mixed Doubles Trials because of the rigours of the Olympic curling schedule.

“As Mayor, I could not be more pleased to see the Canadian Mixed Doubles Olympic Trials being held in our City of Possibilities,” said Irwin Ferris, Mayor of Portage la Prairie. “We trust you will find our state-of-the-art facility at Stride Place is second to none, and that you’ll enjoy your time here and everything Portage has to offer. On behalf of the Council of Portage la Prairie, I wish you great success. May each of you play your personal best in the trials, and may you make your home community and your country proud!”

The remaining 11 teams will be determined from a final regional bonspiel qualifier next fall, with the next 10 highest non-qualified teams on the Canadian Mixed Doubles Rankings rounding out the field.

CLICK HERE for a look at the qualifying process.

“Manitoba fans and volunteers stepped up four years ago for the 2013 Tim Hortons Roar of the Rings in Winnipeg, and we all know what the winning teams did a few weeks later in Sochi,” said Craig Baker,  Executive Director of CurlManitoba. “We hope Manitoba continues to be a lucky charm for our Canadian teams, and we’re pleased that our province can again be part of the excitement.”

Stride Place, which opened in 2010, has 1,675 seats in its main arena, and is home to the Manitoba Junior Hockey League’s Portage Terriers.

“Canad Inns is proud to have worked with the City of Portage on the bid to bring this event to Portage,” said Leo Ledohowski, Executive Chair of the Canad Inns hotel chain. “Canad Inns is involved and is committed to supporting competitive curling in Manitoba with various events, most recently the Mixed Doubles Classic. We look forward to seeing great curling in Portage la Prairie from all the teams who will be participating the Mixed Doubles Trials.”