Field expanded for 2017 Road to the Roar Pre-Trials

Two more teams of each gender will get a chance to chase their gold-medal dreams at the 2017 Road to the Roar Pre-Trials later this year in Summerside, P.E.I., it was announced today by Curling Canada. 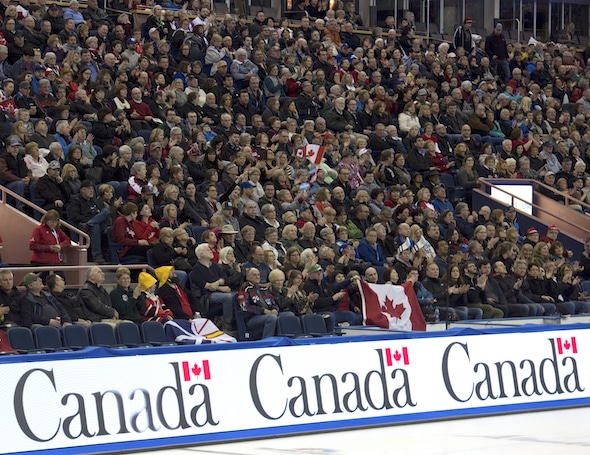 Because the race was so tight for the final available berths into the Pre-Trials, rather than force teams into tiebreaker scenarios, the decision was made to add teams to the field, with the added benefit of giving more teams a chance to get a feel for the pressure of being part of the race to represent Canada at the 2018 Winter Olympics in Pyeongchang, South Korea.

The Road to the Roar Pre-Trials are scheduled for Nov. 6-12 at Credit Union Place in Summerside. The event will decide the final two entries in each gender for the Tim Hortons Roar of the Rings, Dec. 1-9 in Ottawa, where Canada’s men’s and women’s four-player teams for the 2018 Winter Olympics will be decided.

“I’m very pleased that more teams will get this kind of experience,” said Gerry Peckham, Curling Canada’s Director, High Performance. “It’s important that teams get a chance to perform under these circumstances — not just for this Olympic cycle, for the future as well, and I think this was the most equitable solution, not to mention the most beneficial as we look beyond 2018. This event is as much about getting teams ready for 2022 and 2026 as it is about 2018, and it’s yet another reminder that the Olympic qualification process truly is the engine that drives competitive curling in our country.”

The two additional teams were added based on their performance on the 2016-17 Canadian Team Ranking System.

On the men’s side, that means Mark Bice of Sarnia, Ont., and Jamie Murphy of Halifax have earned invitations to participate in Summerside.

On the women’s side, a potential tiebreaker between Karla Thompson of Kamloops, B.C., and Briane Meilleur of Winnipeg for the 12th and final spot will no longer be necessary. Additionally, Winnipeg’s Shannon Birchard has been invited to join the field.

Here’s an updated look at the teams that have earned invitations to participate in the Road to the Roar Pre-Trials:

Invited teams are being given time to decide on their status for the Pre-Trials, with some teams already having changed lineups for the 2017-18 season. To accept the invitation, teams must retain three of the original players who earned the qualifying points for the berth, and have them on the ice at all times. In some cases, the invitations may have to be declined because of that stipulation.

An announcement of the official field will be made at a later date.

The top three teams from each pool will advance to the playoffs, with the first- and second-place teams crossing over to meet each other in the first round of the A-side. The winners will then meet for the first available Tim Hortons Roar of the Rings berth.

The first-round losers, meanwhile, will drop to meet the third-place teams in each pool in the first round of the B-side. The winners of the two games will then meet, with the winner taking on the A-side final loser for the second available Tim Hortons Roar of the Rings berth.