A world leader in the manufacturing and selling of agricultural and construction equipment also will be taking a lead role in helping to develop Canada’s top young curlers, it was announced today by Curling Canada. 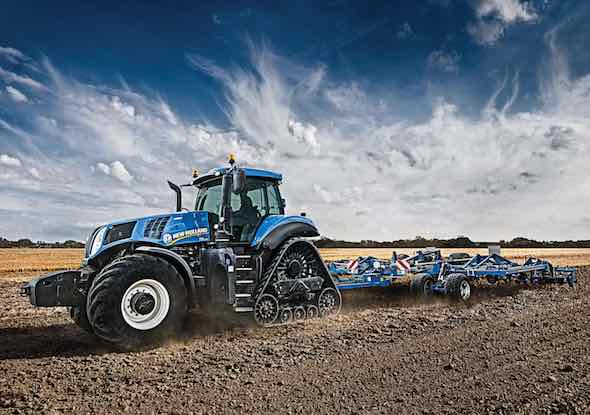 New Holland — the parent company of both New Holland Agriculture and New Holland Construction — is the new title sponsor of the Canadian Junior Men’s and Women’s Curling Championships. 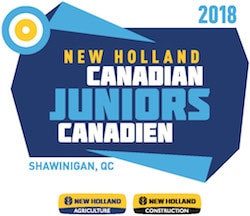 The 2018 New Holland Canadian Junior Championships are scheduled for Jan. 13-21 in Shawinigan, Que.

“We’re ecstatic that New Holland has expanded its reach into curling by taking on title sponsorship of the Canadian Juniors,” said Katherine Henderson, Chief Executive Officer of Curling Canada. “Ever since New Holland joined the Curling Canada family as an Official Partner in 2015, they’ve become a significant presence at our events, and we’re truly grateful for their commitment to our sport, and to our country’s young curling stars.”

“New Holland is thrilled to announce that it will serve as the title sponsor of the 2018 Canadian Junior Championships, along with the renewal of its Curling Canada sponsorship,” said Bret Lieberman, Vice President of New Holland North America. “We look forward to working with Curling Canada to grow one of the country’s most beloved sports and support its mission to foster and develop Canada’s top young curlers.”

There are more than 1,000 New Holland dealers throughout North America, and the company is no stranger to supporting curling. This past season in addition to being an Official Partner of Curling Canada, New Holland also sponsored a contest that saw winner Cam Hunter of Kenton, Man., win an all-expenses-paid trip to the Tim Hortons Brier.

This coming season, New Holland will sponsor the Prairieland Curling Camp in Nipawin, Sask.; and another edition of the Cheryl Bernard School of Rocks, in Prince Albert, Sask.

“This added involvement will better position our brand as a strong supporter of curling in Canada,” said Doug Warrener, Director of Growth Initiatives for New Holland Canada. “Curling has been a foundational sport in most rural communities across Canada for decades and New Holland is giving back to these rural communities by providing them with coverage of the Season of Champion events throughout the curling season.”