Field confirmed for 2017 Home Hardware Road to the Roar Pre-Trials in Summerside, P.E.I.

Twenty-eight teams are now set to pursue their Olympic gold-medal ambitions later this year in Summerside, P.E.I., it was announced today by Curling Canada. 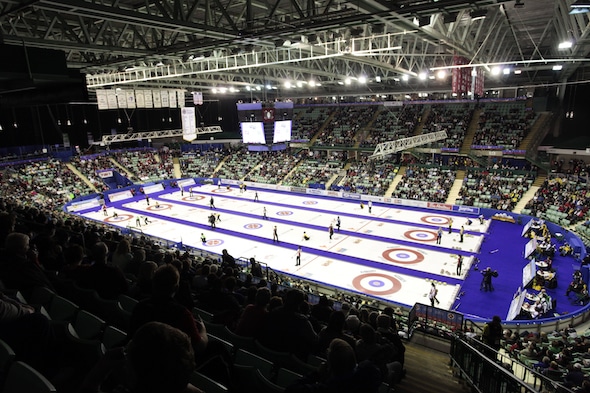 The 2017 Home Hardware Road to the Roar Pre-Trials, set for Nov. 6-12 at Credit Union Place, will determine the final entries for the Tim Hortons Roar of the Rings Canadian Curling Trials, Dec. 2-10 in Ottawa, where Canada’s men’s and women’s four-player teams for the 2018 Winter Olympics will be decided.

Fourteen teams in each gender will compete for two coveted berths in the Tim Hortons Roar of the Rings, and all have now confirmed their entry after a grace period during which teams had to declare lineups, and in one case, decline an invitation.

Stefanie Lawton of Saskatoon had qualified for the Home Hardware Road to the Roar based on her position on the Canadian Team Ranking System over two seasons (2015-16, 2016-17) ranking. But because the points she’d earned were entirely with her 2015-16 team, which was completely changed for 2016-17, she had to pass on the berth.

To accept Home Hardware Road to the Roar berths, teams must retain three of the original players who earned the qualifying points, and have them on the ice at all times.

Lawton’s berth will now be taken by Halifax’s Theresa Breen, the next-highest non-qualified team on the two-year rankings.

On the men’s side, meanwhile, three qualifying teams will have different skips than the ones with whom they qualified, after some off-season lineup changes.

Winnipeg’s Matt Dunstone left his team to join Steve Laycock’s Saskatoon squad, which has already qualified for the Tim Hortons Roar of the Rings. Dunstone is being replaced by fellow Winnipegger Jason Gunnlaugson.

Meanwhile, Gunnlaugson had also qualified for the Home Hardware Road to the Roar with his own team, so he’s being replaced on that team by two-time Tim Hortons Brier champion Pat Simmons.

And since Saskatoon’s Bruce Korte retired from competitive curling after last season, his team needed a new skip for the Home Hardware Road to the Roar, and recruited Colton Flasch; ironically, it was Flasch who left Laycock’s team after last season to open the door for Dunstone’s move.

The top three teams from each pool will advance to the playoffs, with the first- and second-place teams crossing over to meet each other in the first round of the A-side. The winners will then meet for the first Tim Hortons Roar of the Rings berth.