2019 World Junior Championships to be played in Liverpool, N.S.

The planet’s best young curling teams will gather in Liverpool, N.S., for the 2019 World Junior Curling Championships, it was announced jointly today by the World Curling Federation and Curling Canada. 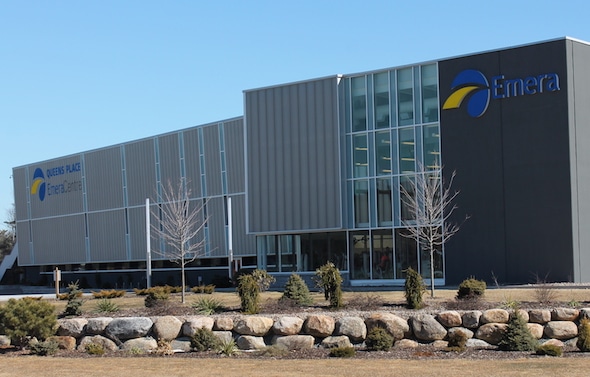 The 2019 World Juniors, featuring 10 men’s and 10 women’s teams in the Under-21 age group, will be played Feb. 17-24 at Queens Place Emera Centre in Liverpool, and will mark the first time the World Juniors have been contested in Canada since 2009 at Vancouver, which served as the test event for the 2010 Winter Olympics.

“I am delighted to confirm we will be taking international curling back to Nova Scotia for the first time since 2015, when the Ford World Men’s Curling Championship was held in Halifax,” said Kate Caithness, President of the World Curling Federation. “With this announcement we continue to grow stronger ties with Canada, who have time and time again hosted first-class World Curling Championships. It is also exciting to work with a new organizing committee who are full of enthusiasm for this event.”

“We’re extremely excited to see the World Junior Curling Championships returning to Canada,” added Peter Inch, Chair of Curling Canada’s Board of Governors. “We’re also grateful to the World Curling Federation for this opportunity, and its faith in the Liverpool Host Committee. We’ve seen this group do a wonderful job in the past, and I’m confident that Liverpool will be ready to welcome the world in 2019.”

Liverpool is no stranger to hosting high-calibre junior curling. The 2014 Canadian Junior Men’s and Women’s Championships were played at Queens Place Emera Centre, and featured victories by eventual two-time world champion Kelsey Rocque of Alberta in the women’s competition, along with Manitoba’s Braden Calvert on the men’s side.

“The province recognizes the value of events, and their ability to deliver significant social and economic benefits,” said Leo Glavine, Nova Scotia’s Communities, Culture and Heritage Minister. “This event will put Queens County on the international stage  and I am confident the local curling community and its amazing volunteers will make this a memorable week for curlers and spectators.” 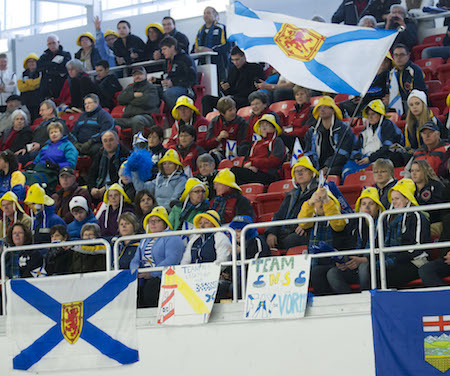 The Nova Scotia fans were out in force at the 2014 Canadian Junior Curling Championships at Queens Place Emera Centre. (Photo, Curling Canada/Mark O’Neill)

“We look forward to welcoming the world’s top young curlers to Queens Place Emera Centre in Liverpool in February 2019,” said David Dagley, Mayor of the Region of Queens Municipality. “Congratulations to the Liverpool Championship Host Society on its successful bid to host this major international event. Not only will we be able to share our Queens County hospitality with curlers and visitors from all over the world, fans of top-calibre curling will see eight days of the very best that curling has to offer.”

Prior to that, Canada hosted the World Junior Men’s Championship nine times, including in 1986 at Dartmouth, N.S., where Canada’s Kevin Martin lost in the gold-medal game to Scotland’s David Aitken.

The 2019 World Juniors will feature the host teams from Canada in both genders, along with the top six countries in each gender from the 2018 World Juniors in Aberdeen, Scotland.

Three more countries in each gender will qualify out of the 2019 World Junior-B Curling Championships (dates, location TBD).

“We are delighted that Liverpool has been awarded the 2019 World Junior Curling Championships by the World Curling Federation,” said Greg Thorbourne, Chair of the Liverpool Host Committee. “The bid process has been a collaboration with our partners, and the real work begins now as we start turning these ambitious plans into an exciting event. From today we will start working with new partners, sponsors and volunteers to deliver a successful event at Queens Place Emera Centre in February 2019.”