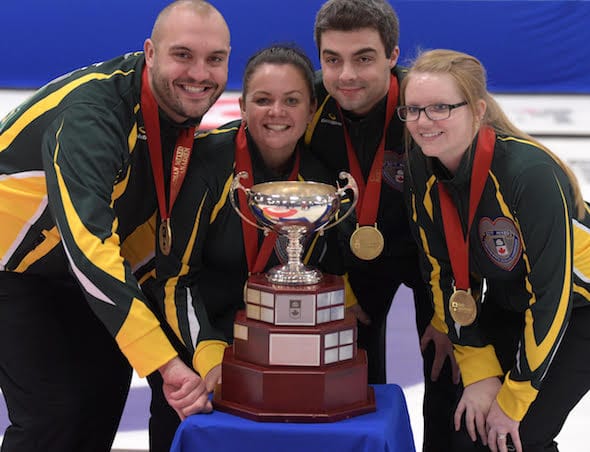 Trevor Bonot’s Northern Ontario team from Thunder Bay will wear the Maple Leaf at the third annual World Mixed Championship, for four-player teams, which has attracted entries from a record 38 countries.

The Canadian team earned the right to travel to the World Championship by taking gold at the 2017 Canadian Mixed Championship last season in Yarmouth, N.S.

Canada will be seeking its first medal at the World Mixed, despite posting a cumulative 14-4 record at the previous two editions.

Last year in Kazan, Russia, Mick Lizmore’s Edmonton team was a perfect 7-0 in pool play and won its playoff opener before bowing out in the quarter-finals.

The 38 teams in Champéry will be split into five pools, with the top three finishers in each pool, plus the fourth-place team with the best Draw-Shot Challenge total, advancing to the 16-team, single-knockout playoffs.

Canada is in Group E with Australia, China, England, Germany, the Netherlands, Poland and Turkey. 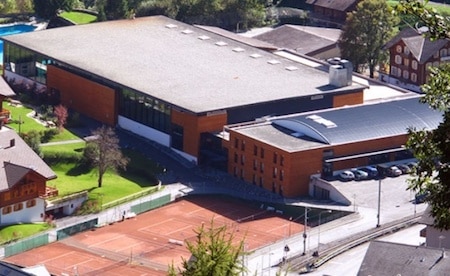 Defending champion Russia has a different lineup this year, skipped by Alexey Stukalskiy, who played third on the Russian team at the 2017 Ford World Men’s Championship in Edmonton.

Other notable entries include Israel’s team, skipped by Adam Freilich, who skipped Quebec at the 2014 Canadian Junior Championships in Liverpool, N.S., and Sweden’s Isabelle Wranå, who’ll be skipping her team; she also won gold as Sweden’s skip at the 2017 VoIP Defender World Junior Championships last season in Gangneung, South Korea.

Here’s how the other pools stack up:

The playoffs begin on Friday, Oct. 13, with the semifinals and gold- and bronze-medal games slated for Saturday, Oct. 14.

Selected playoff games, including the gold-medal game, will be streamed live on the World Curling Federation’s YouTube channel, www.youtube.com/user/WorldCurlingTV