The world’s most famous women’s curling event is returning to Nova Scotia for the first time in more than 25 years, it was announced today by Curling Canada. 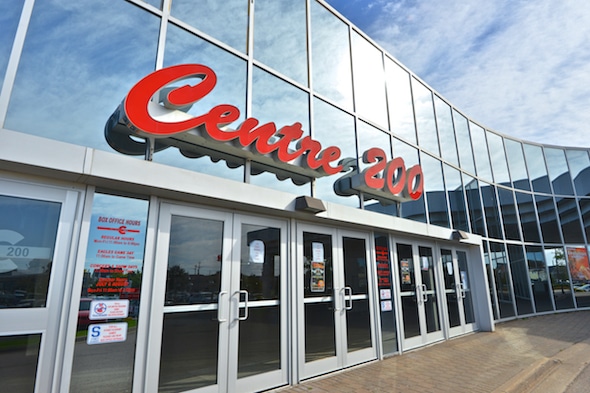 The 2019 Scotties Tournament of Hearts will be played Feb. 16-24 in Sydney, N.S., at Centre 200, marking the first time the Canadian Women’s Curling Championship has been played in the Cape Breton region of Nova Scotia.

“The curling fans of Sydney made it crystal clear that they want the Scotties in their city based on their overwhelming response to the ticket drive during the bidding process,” said Resby Coutts, Chair of Curling Canada’s Board of Governors. “We’ve always known there is genuine passion for the sport of curling in Nova Scotia, and we’re excited to see what will unfold in 2019.”

As part of its bid for the 2019 Scotties Tournament of Hearts, the Sydney bid committee took in more than 900 deposits for full-event packages. 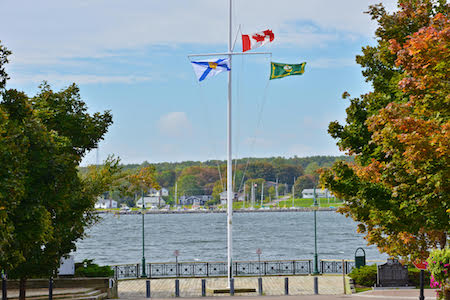 It will be the first time Sydney has played host to the Scotties Tournament of Hearts. (Photo, courtesy Destination Cape Breton)

“Sydney and Cape Breton Island residents are looking forward to sharing our world-renowned music, culture, food and hospitality as we host the Scotties in February of 2019,” said Cape Breton Regional Municipality’s Mayor Cecil Clarke. “We welcome Canada’s top curlers, their families and fans to one of the top island destinations in the world.”

Centre 200, located in the heart of Sydney, was opened in 1987 and seats approximately 5,000 fans. It’s the home ice of the Cape Breton Screaming Eagles of the Quebec Major Junior Hockey League.

“The province recognizes the value of events, and their ability to deliver significant social and economic benefits,” said Leo Glavine, Nova Scotia’s Communities, Culture and Heritage Minister. “We are pleased to partner with the Cape Breton Regional Municipality and Curling Canada to bring one of the country’s premier curling events to Cape Breton. We look forward to welcoming the participants and curling fans from across the country to Nova Scotia.”

The 2019 Scotties Tournament of Hearts will extend the longstanding and mutually beneficial partnership between Kruger Products and Curling Canada to 38 years since Kruger took over title sponsorship of the Canadian championship in 1982. It’s one of the longest-running partnerships in Canadian sports.

“Kruger Products is very pleased to see the Scotties Tournament of Hearts return to Nova Scotia,” said Nancy Marcus, Corporate Vice-President Marketing at Kruger Products. “2019 will mark our 38th consecutive year of supporting women’s curling, including the national curling championship. As a Canadian company, Kruger Products is proud of our heritage with this wonderful sport and we are thrilled to continue our long-standing partnership with Curling Canada and its member provincial and territorial associations. It will be exciting to have Sydney host the Scotties Tournament of Hearts for the first time and showcase the best female curlers from across the country.”

It will be the fourth time Nova Scotia has played host to the Canadian Women’s Curling Championship, and the first time since 1992, when Manitoba’s Connie Laliberte won the Scotties in Halifax. 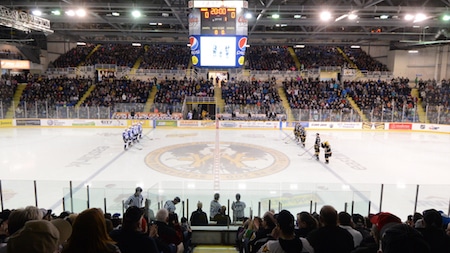 Previous to that, Halifax hosted the Canadian Women’s Championship in 1977 (won by Alberta’s Myrna McQuarrie) and 1965 (won by Manitoba’s Peggy Casselman).

“We’re absolutely thrilled to see Sydney given this opportunity to host the 2019 Scotties Tournament of Hearts,” said Virginia Jackson, Executive Director of the Nova Scotia Curling Association, and the Nova Scotia women’s champion in 1985, 1987 and 1995. “As a past participant, I know what a honour it is to be a part of the Scotties, and knowing how eager the Sydney host committee is to put on a first-class championship on and off the ice, players and fans from across the country should be prepared to enjoy Nova Scotian hospitality at its finest.”

The 2019 Scotties Tournament of Hearts will feature a 16-team field, including all 14 provincial/territorial champions of Curling Canada’s Member Associations, along with the defending champion Team Canada. The 16th entry will be decided in a wild-card play-in game on the Friday (Feb. 15) before the opening of round-robin play.

In addition to the right to call themselves Canadian champions, the winners of the 2019 Scotties Tournament of Hearts will wear the Maple Leaf at the 2019 World Women’s Curling Championship in Esbjerg, Denmark.

Additionally, the Scotties champs will be part of Team North America at the 2020 World Financial Group Continental Cup, and will return as Team Canada to the 2020 Scotties.

“There is a real sense of pride in our community that we’ve earned the privilege of hosting the 2019 Scotties Tournament of Hearts,” said Paul MacDonald, Vice-Chair of the Sydney Host Committee. “Now, we’re ready to get to work to make sure we put on the best Scotties ever. We can’t wait for the opening rock in 2019!”

TSN/RDS, the official broadcast partner of Curling Canada’s Season of Champions, will provide complete coverage of the 2019 Scotties, from the opening wild-card showdown to the gold-medal game.