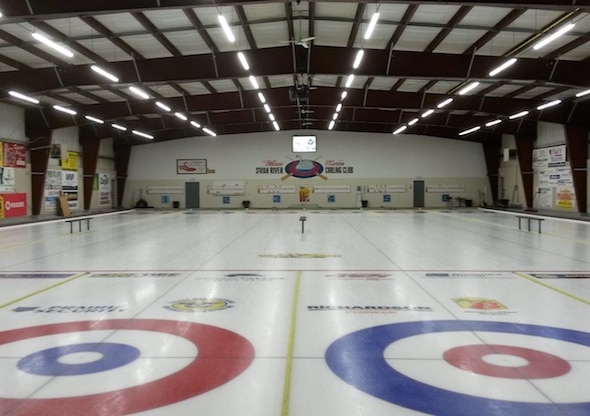 It will mark the first time that Swan River has hosted a Curling Canada championship, but it will be the sixth time the Canadian Mixed has been held in Manitoba — 1968, 1974, 1981, 1989 and most recently, the 2011 edition in Morris.

The championship features 14 teams (10 provinces plus Northern Ontario, Northwest Territories, Nunavut and Yukon) seeded and separated into two pools of seven teams each. The teams first play a round robin within their pool.

At the conclusion of the round robin, the top four teams in each pool advance to the Championship Pool, when the teams play the teams from the opposite pool, carrying forward their full win-loss records.

Meanwhile, the bottom three teams in each pool will go to the Seeding Pool, where they will compete against the three teams from the opposite pool. These teams also carry forward their full win-loss records.

The Championship Pool concludes on Friday and will be followed by two semifinals Saturday, Nov. 18 at 10 a.m. (all times Central), pitting 1 vs 4 and 2 vs 3. The two winners then advance to the gold-medal final Saturday afternoon at 3 p.m. while the two losing teams meet in the bronze medal game at the same time. Final results will determine seeding for next year’s Canadian Mixed, at a site/date to be announced by Curling Canada.

The winning team will then represent Canada at the 2018 World Mixed Curling Championship, at a site and date to be announced by the World Curling Federation.

Live-streaming coverage of each event will be made available at cbcsports.ca and via the CBC Sports app for iOS and Android devices, with select coverage available via broadcast on CBC.

Last year’s winning Canadian Mixed team, skipped by Northern Ontario’s Trevor Bonot, competed in last month’s World Mixed Curling Championship at Champéry, Switzerland. After winning its group with a 6-0 mark, the Bonot team won three playoff games to set up a final against Scotland. However, Canada lost a heart-breaker, 8-5 in an extra end, but the silver medal was still the first-ever medal for Canada at this event.

Every province, plus Northern Ontario, has won at least one Canadian Mixed Curling Championship since 1964.

This year, Manitoba will be represented by Winnipeg’s Dean Dunstone and his East St. Paul Curling Club team of Natalie Claude Harding, Peter Nicholls and Renee Fletcher. Dean is the father of two-time Canadian Junior champion Matt Dunstone, and the son of Jim Dunstone, the 1980 Mixed champion. He would make history should he win, as the first son and father tandem to be crowned Canadian Mixed Champions as skip.

Other participants include Northwest Territories skip Jamie Koe, a veteran Brier competitor who won a silver medal at the 2015 Mixed in North Bay, Ont., along with his third (and sister) Kerry Galusha, herself a multiple Scotties Tournament of Hearts competitor; New Brunswick’s Charlie Sullivan, the 1990 Brier silver medallist and 1988 world junior champion who has played in several Mixed; Nova Scotia’s Brent MacDougall, silver medallist at the 2013 Mixed in Mount Royal, Quebec; Saskatchewan’s Bruce Korte, another Brier veteran who also was the runner-up at the 2016 Canadian Mixed in Toronto, and Yukon’s Sarah Koltun, who will play third for Robert Smallwood and holds the record for most appearances (eight) at the Canadian Junior Women’s Championship.

Over the years, the Mixed has been won by a host of well-known curlers, including Jeff Stoughton, Rick Folk, Rick Lang, Kevin Koe, Mark Nichols, Colleen Jones, Barry Fry, Jean-Michel Ménard, Robert Campbell, Paul Flemming, Mark Dacey, Steve Ogden and Shannon Kleibrink, who is the only female to win the Mixed as skip, doing so in 2004 at Timmins, Ont.