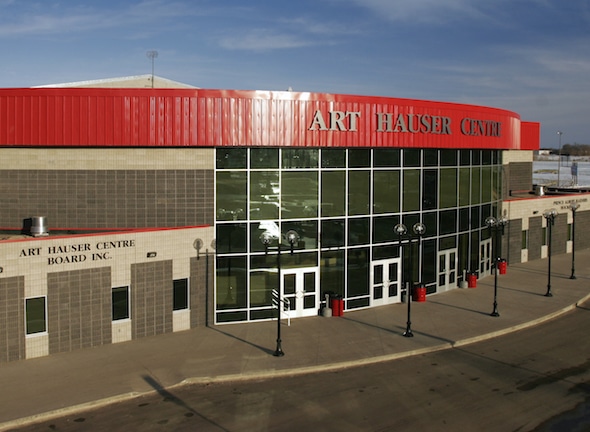 The Art Hauser Centre in Prince Albert, Sask., is the host arena for the 2019 Canadian Juniors.

The 2019 Canadian Juniors will be played Jan. 19-27, and co-hosted by the Art Hauser Centre and the Prince Albert Golf and Curling Club.

“It’s always a thrill to see our young curlers in action at the New Holland Canadian Juniors, and I’m confident the organizers in Prince Albert will provide a world-class stage on which they can perform,” said Resby Coutts, Chair of Curling Canada’s Board of Governors. “New Holland’s sponsorship of the Canadian Juniors is truly appreciated, as are the efforts of the Prince Albert host committee that worked so hard on this bid package. We know we’re in for a wonderful show.”

It will be the second Canadian Juniors sponsored by New Holland, a world leader in the manufacturing and selling of agricultural and construction equipment.

“We couldn’t be happier to see the 2019 New Holland Canadian Junior Men’s and Women’s Curling Championships awarded to Prince Albert,” said Doug Warrener, Director of Growth Initiatives for New Holland Canada. “Curling, like agriculture, is part of the cultural fabric in Saskatchewan, and we are proud to be an integral part of both. Additionally, with our 127 New Holland dealers located in many communities across Canada, we take a great deal of pride in playing a role in the development of our country’s best young curlers through our title sponsorship of the Canadian Juniors.”

It will be the second time the Canadian junior championships has been contested in Prince Albert; in 1987, the first year the Canadian Junior Men’s and Women’s Championships were combined into one event, New Brunswick’s Jim Sullivan and B.C.’s Julie Sutton came out on top.

“It is very exciting to be welcoming the New Holland Canadian Juniors back to Prince Albert. We have a proud history with this event dating back 30 years to 1987 when it was first combined as a men’s and women’s championship,” said Prince Albert Mayor Greg Dionne. “These are important events for our community. It is an honour that Prince Albert has been selected and I look forward to welcoming the curling teams and spectators to our city in 2019.” 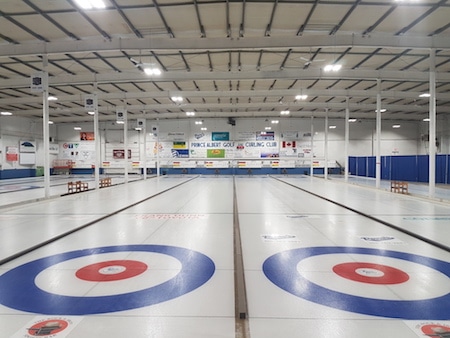 The Prince Albert Golf and Curling Club will host round-robin games during the 2019 Canadian Juniors.

The Art Hauser Centre, opened in 1971, is home to the Western Hockey League’s Prince Albert Raiders. Seating 2,580 in its hockey configuration, the Art Hauser Centre will host the men’s and women’s playoff games on the closing weekend.

Round-robin games will be played at both the Art Hauser Centre and the Prince Albert Golf and Curling Club, which is celebrating its 50th anniversary in 2018.

“We’re thrilled to see the New Holland Canadian Juniors coming back to Saskatchewan for the first time since 1995, when Regina played host,” said Ashley Howard, Executive Director of CURLSASK. “As a past participant in the Canadian Juniors, I know what a thrill it is for a young curler to participate in this event, and I know the athletes, their coaches and their families will be welcomed with open arms in Prince Albert.”

With 14 teams in each gender (representing each of the 10 provinces in addition to Northern Ontario, the Northwest Territories, Yukon and Nunavut), the field will be split into two seven-team pools. Teams will play a round robin within their pool, leading to a championship pool beginning on Wednesday, which will then lead to the weekend playoffs. Teams that don’t qualify for the championship pool will play a seeding pool to help determine rankings for the 2020 Canadian Juniors (host site TBD). Meantime, non-playoff teams will participate in a mixed doubles competition.

“This is such a great opportunity for the City of Prince Albert to show off for the rest of the country, and we’re very grateful to Curling Canada for its vote of confidence in us to host the 2019 New Holland Canadian Juniors,” said Bryan Rindal, Chair of the Prince Albert Host Committee. “We’ve got a busy 14 months in front of us, but we’re all ready to get to work and make sure that we have a first-class event, on and off the ice.”

Alberta has won a leading 16 junior men’s titles while Saskatchewan is second with 14, the latest being by skip Braeden Moskowy in 2011 at Calgary. In women’s, Saskatchewan boasts a leading 11 victories, the latest also in 2011 by skip Trish Paulsen.

The winning teams in Prince Albert will then represent Canada at the 2019 World Junior Championships, Feb. 17-24 in Liverpool, N.S.

Canada has won a leading 18 world junior men’s titles since 1975 and 11 women’s crowns since 1988. At the 2017 VoIP World Juniors in Gangneung, South Korea, Canada’s Kristen Streifel won the women’s bronze medal while Tyler Tardi lost in a playoff tiebreaker on the men’s side.

The 2018 New Holland Canadian Juniors are scheduled for Jan. 13-21 in Shawinigan, Que. The Canadian champs will then move on to the 2018 World Juniors in Aberdeen, Scotland.