Two of Canada’s most accomplished curlers will be inducted into the Canadian Curling Hall of Fame, it was announced today. 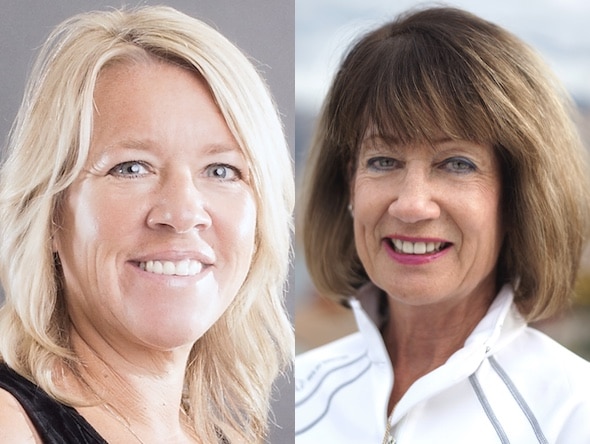 Cathy Overton-Clapham, left, and Christine Jurgenson are being inducted into the Canadian Curling Hall of Fame, it was announced today.

“Cathy and Christine have represented our country and our sport with grace, class and professionalism over the years, and it was, suffice it to say, a no-brainer for the Hall of Fame Committee to welcome them to the Canadian Curling Hall of Fame,” said Scott Comfort of the Curling Canada Board of Governors, who also chairs the Awards and Hall of Fame Committee. “As champion curlers, they exemplified what our sport is about, combining on-ice skill with exemplary sportsmanship and respect for the game.” 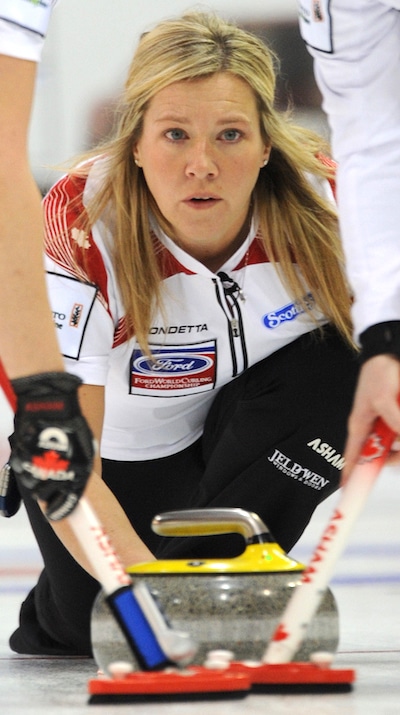 Cathy Overton-Clapham is a five-time champion at the Scotties Tournament of Hearts. (Photo, Curling Canada/Michael Burns)

Overton-Clapham, who’s still active — she’ll be playing third with Chelsea Carey’s team at the 2017 Tim Hortons Roar of the Rings, beginning Dec. 2 in Ottawa — has been winning championships since she was a teenager. She won her first provincial junior championship in 1986, and then skipped Manitoba to victory at the 1989 Canadian Junior Championships, and followed up with a bronze medal a year later at the 1990 World Junior Championships in Portage la Prairie, Man.

She followed that with a brilliant career in women’s curling, winning five Scotties Tournament of Hearts titles; only fellow Hall-of-Famer Colleen Jones with six has more.

Overton-Clapham won her first women’s provincial championship in 1991 at the age of 21, followed by winning her first Canadian championship in 1995 playing third with Connie Laliberte. She would then go on to win four more playing third with Jennifer Jones — in 2005, 2008, 2009 and 2010. Overton-Clapham has played in 12 Scotties Tournament of Hearts.

She also won a world championship gold medal in 2008 at Vernon, B.C., with Jones, to go along with a bronze she won with Jones in 2010 at Swift Current, Sask., and a silver she won with Laliberte in 1995 at Brandon, Man.

“To have received the news from the Canadian Curling Hall of Fame about my induction was an absolute honour and a humbling experience at the same time” said Overton-Clapham. “Curling has provided me the opportunity to build relationships and experience culture around the world. It’s been a privilege to compete against my peers on ice and share experiences with them off the ice.  This honour is not mine alone,  I am very grateful to have my family on this ride with me the entire time.” 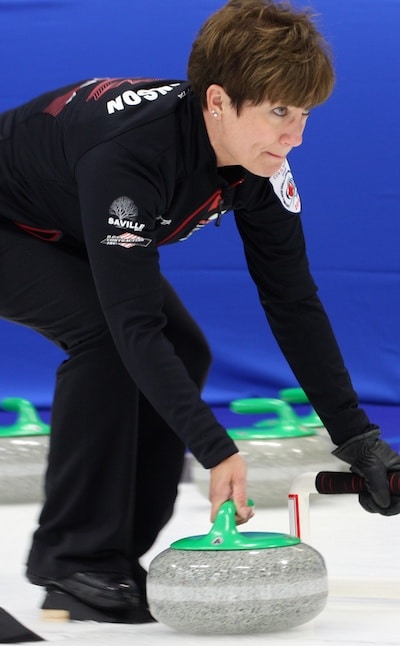 Her first came in 1986, not long after she won the Scotties Tournament of Hearts in London, Ont., playing second with her sister (and fellow member of the Canadian Curling Hall of Fame) Marilyn Bodogh. At the 1986 World Championship in Kelowna, B.C., Jurgenson won gold after Team Canada beat Germany’s Andrea Schöpp in the final.

Her success carried over to seniors curling as she won a pair of Canadian Senior Women’s Championships in three years, and followed both with gold medals at the World Senior Championships, and another as an alternate with Team Canada

In 2008 at Prince Albert, Sask., she threw lead rocks with Pat Sanders’ gold-medal B.C. team that won gold at the world seniors a year later in Dunedin, New Zealand.

In 2010, it was Jurgenson skipping the B.C. team that won the Canadian championship in Ottawa, and followed up with a gold medal at the 2011 World Seniors in Saint Paul, Minn.

In 2013, Jurgenson joined Team Canada as the alternate with the Cathy King-skipped team that posted a perfect 8-0 record en route to winning the gold medal at Fredericton, N.B.

“My sister Marilyn surprised me; we were on the phone together and she handed the phone to (former Curling Canada Board of Governors Chair) Peter Inch so that he could tell me of my induction into the Hall of Fame,” said Jurgenson. “I was shocked and overwhelmed by the news. I’ve made so many lasting friendships, both with teammates and players from other teams, and I feel truly blessed for having had these opportunities in a sport that I love.”

There’s still another week to nominate candidates to be inducted into the Canadian Curling Hall of Fame for the 2017-18 season. CLICK HERE for more information; the nomination deadline is Nov. 30.