This week, John sits down with the most recent Tim Hortons Roar of the Rings qualifier, Brendan Bottcher. In addition to heading to the Roar, Brendan is a world junior champion, a world university bronze medallist, and in 2017 represented Alberta at the Tim Hortons Brier. Welcome to Magical Question Fun Time, the Curling Canada feature where comedian John Cullen sits down with your favourite curlers for interviews like you have never seen. Each interview will feature eight questions: five standard questions that will be asked to each curler, two questions specific to that curler, and one question that the curler interviewed before them asks. 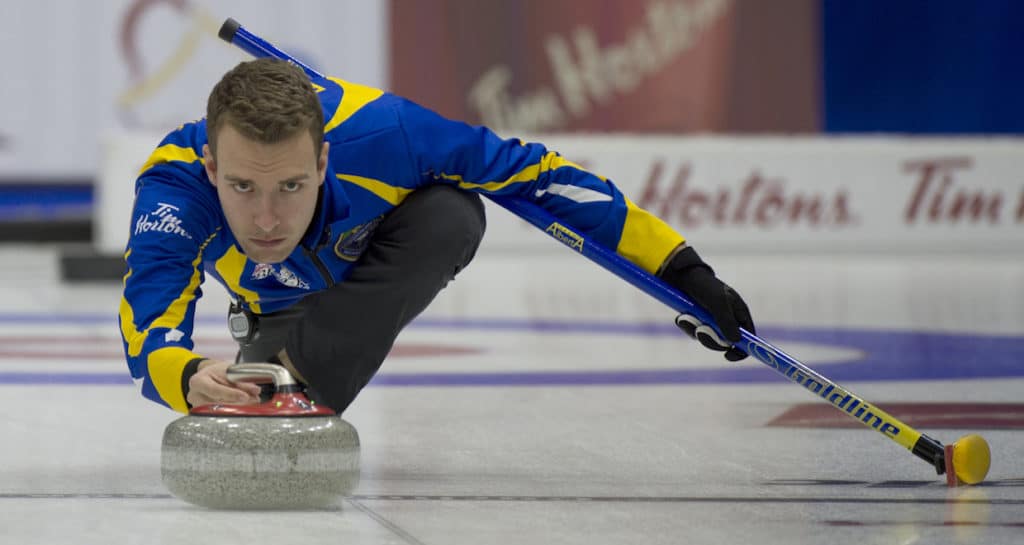 1. Aside from travel, what’s the coolest opportunity you’ve had as a result of curling? Brendan Bottcher: The opportunity to coach some international teams has been really rewarding for me. I got to go over to South Korea and work with their men’s and mixed doubles’ teams, and now I’m working with Spain and coaching their mixed doubles team and it’s amazing. Getting to learn from them, make new friends, get introduced to new experiences, and considering my age (note: Brendan is 25 as of this writing), it’s pretty great. John Cullen: I had noticed you were coaching Spain, how did that come about? BB: Well, I’ve been to Füssen Curling Camp the last few years, and one of my assistants was Irantzu—a member of the Spanish MD team—and so I got to know them then. I went over to Spain to help coach, and then coached them at the World Mixed Doubles in Lethbridge last season. I think Curling Canada was a bit surprised. (laughs) 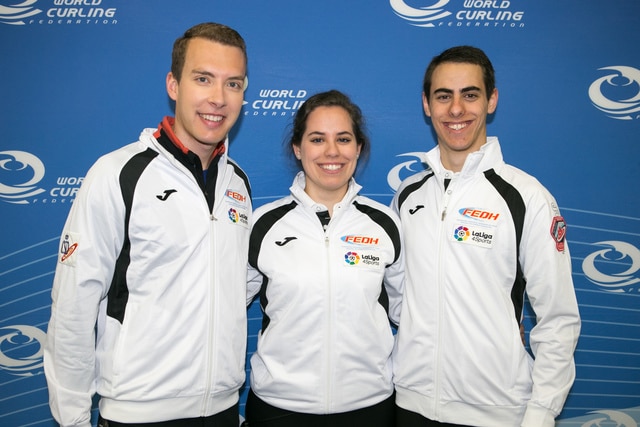 JC: Why were they surprised? There are lots of Canadians coaching those international teams. BB: Yeah, I believe there were 38 teams there and 17 of the coaches were Canadian. I think it was just that it was me. I’m a pretty busy guy, so being there and doing that as well shocked them a bit. Here’s the thing: in Canada, it’s very hard to get to a Worlds, no matter the discipline, be it men’s or mixed doubles. You can be a very good curler for a very long time and never make it. And then if you do, the first time is very overwhelming. So to be able to go as a coach, see how it runs, and get that behind-the-scenes experience was really valuable for me. 2. If there was an action figure made of you, what non-curling accessory would it come with? BB: I don’t think either of these answers are exciting, but it would come with a golf club and my engineering ring of power. (laughs) JC: Are you an avid golfer? BB: Well you can use the word “avid” loosely, but I golf. It’s my summer sport of choice and I definitely enjoy it, the release is really good. It’s hard for me not to be as competitive on the course as I am on the ice, but I’m definitely more relaxed on the course. JC: Well you may not be avid, but are you a good golfer? What’s your handicap? BB: I’m a good golfer on the scale of people who golf, but I wouldn’t call myself a “good golfer”. (laughs) My handicap is probably around 12. JC: And I did know you are an engineer, and it seems a lot of curlers are. Why do you think that is? BB: I think to be an engineer you have to be analytical and you have to be decisive, and those are two skills that transfer over into curling very well. It’s also preached a lot when you’re an engineer that you have to be ethical, and curling is the gentleman’s game. So it makes sense a lot of engineers would curl. 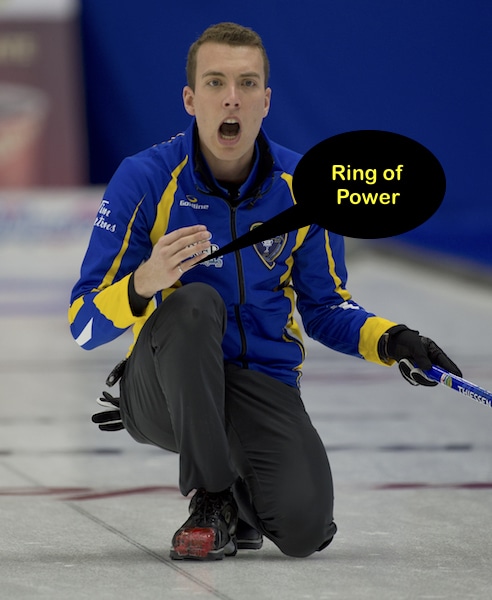 3. If you were forced to rob a bank, which two curlers—you can’t choose more than one teammate—would you choose to be on your squad, and what role would you play? BB: I would take Brad (Thiessen) off of my team, and Gunner (Jason Gunnlaugson). There would be enough IQ points between the two of them to handle most of the work, and then I’ll drive the getaway car. JC: You’re the second guest in a row to say they would be the getaway driver. Krista McCarville said she just wouldn’t want to be implicated in the crime. Is that your issue too? BB: Yeah, I think I would be pretty afraid. I’ll say this: I would love to PLAN one. That would be a blast. That’s my analytical mind talking. I think planning it all out, learning how to defeat the bank, that would be fun. Actually executing though? No thanks. JC: That’s where Brad and Gunner would come in. BB: Exactly. Gunner can smooth-talk anyone, and his laugh is so loud he could just throw a few of those out that the whole bank would be watching him. And Brad would just swoop in and grab the cash. He’s got the beef to carry a bunch just on his own. I don’t think we’d even have to pull out the gun. But we’d have one, just in case. (laughs) 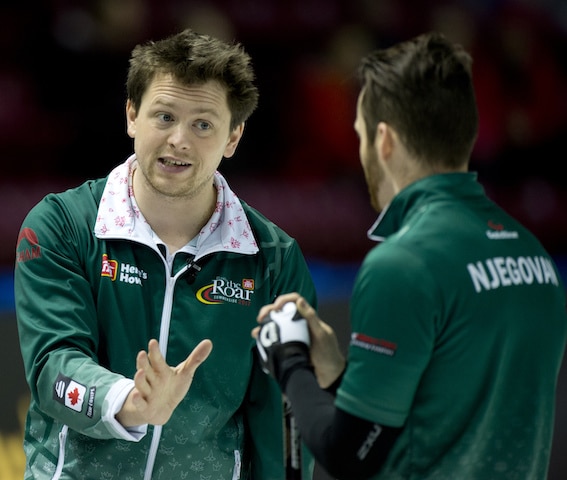 The Bottcher Express: Where did this mysterious Wikipedia entry come from?

JC: That happened to the second on my team, Jay Wakefield. He has a Wikipedia page, has no idea why, and has only been to one national. Maybe it’s the same person who just loves moderately successful junior curlers. (laughs) Do people ever say it to you, like even as a joke? BB: (laughs) Yeah, it could be. As for the Express thing, no one ever says it seriously, but my friends will joke about it to me because it’s so ridiculous. The weird part is I’ll also get asked about it in job interviews. I have a section on my resumé where I talk about curling, so I guess the interviewer will often look me up, and find that nickname. So they ask me and I have to tell them this same boring story about how I have no idea. (laughs) JC: Hey man, I’ve had some moments in my interviews like this where the question does truly get answered. So if you’re out there, and you wrote this Wikipedia, or have info on how Brendan got his nickname, send it in! Tweet us! We need to know. May I have a question for my next guest? BB: I’ve been reading your interviews, and I want to wait until you know who it is. I like the idea of coming up with something juicy. JC: Wonderful! That’s my favourite type of question. Thanks Brendan, and best of luck at the Roar of the Rings! As always, you can follow John on Twitter @cullenthecurler and you can follow Brendan @TeamBottcher. 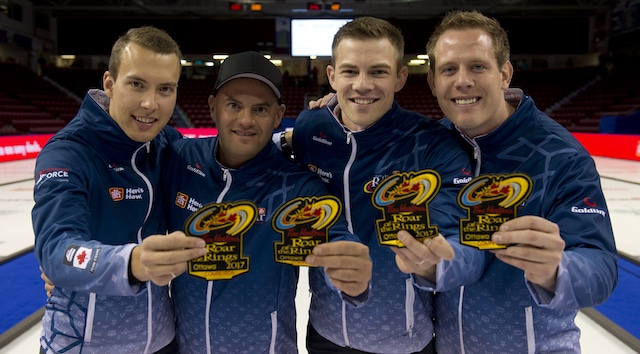