Steals lead the way in Draw 6 at Canadian Juniors

Steals were the name of the game on Sunday night at the 2018 New Holland Canadian Junior Curling Championships. Just ask Nova Scotia skip Kaitlyn Jones and her team from the Halifax Curling Club, who stole five ends on the way to a 6-2 win over Saskatchewan’s Sara England, wrapping up the second day of round robin competition in Shawinigan, Que. 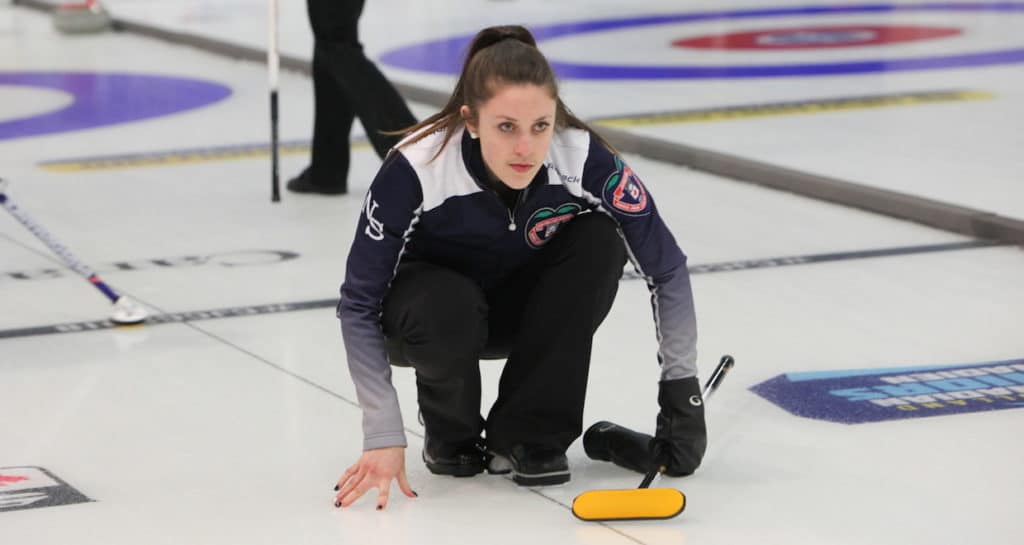 England and her team from the Callie Curling Club in Regina blanked the first end with hammer, but then Jones took over, stealing the next three ends and taking two more to put the game out of reach. With the win, Nova Scotia improves to 2-1 and sits in a four-way tied for second place in the Pool A standings. In other Women’s Pool A action, New Brunswick’s Justine Comeau handed Laurie St-Georges and her Quebec team their first loss of the round robin. Comeau stole two ends to come out on top of a 9-5 score. Ontario’s Emma Wallingford stole three in the sixth end to take a commanding 8-3 lead over Newfoundland and Labrador’s Mackenzie Glynn and controlled the rest of the game, winning 10-4. The team from the Ottawa Curling Club moved to 3-0 in the standings, tied with Prince Edward Island undefeated at the top of Women’s Pool B. Glynn slips to 2-1, tied with Northern Ontario’s Hailey Beaudry. On the Men’s side, the battle of Draw 6 was between Manitoba and Quebec, the two undefeated teams in Pool A. Manitoba’s J.T. Ryan stole two ends to lead 7-3 after eight ends, and even though he was able to steal a point in the ninth, Quebec’s Alek Bedard wasn’t able to catch up. With the loss, Bedard drops into a four-way tie for second place in Pool A, sharing a 2-1 record with Nova Scotia and New Brunswick. 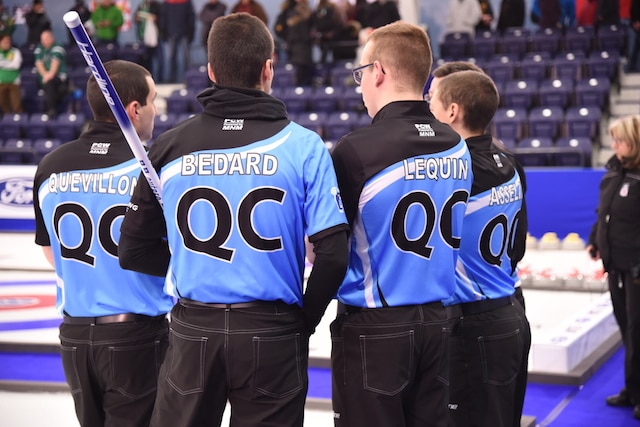 In other Men’s games on Sunday night, British Columbia defeated Yukon 12-4, Alberta won a 12-2 decision over Northwest Territories, and Prince Edward Island stole five ends in a 16-1 victory over Nunavut. The round robin continues on Monday with games at 9:30 a.m., 2 p.m. and 6:30 p.m., all times ET. Fourteen men’s and 14 women’s teams will compete for Canadian titles, separated into two seven-team pools per gender for an initial round robin, followed by a Championship Round (top four in each pool) leading to the playoffs. The top team advances to its respective final on Sunday, Jan. 21, while the second- and third-place teams meet in a semifinal on Saturday, Jan. 20, to determine the other finalist. TSN/RDS2 will carry complete live coverage of the semifinals (women at 1 p.m. [all times ET], men at 6 p.m.) on Jan. 20 and finals (women at 1 p.m., men at 6 p.m.), held at the Aréna de Grand Mère. It’s the first year of event title sponsorship by New Holland, a world leader in the manufacturing and selling of agricultural and construction equipment. For event information, visit www.curling.ca/2018juniors.