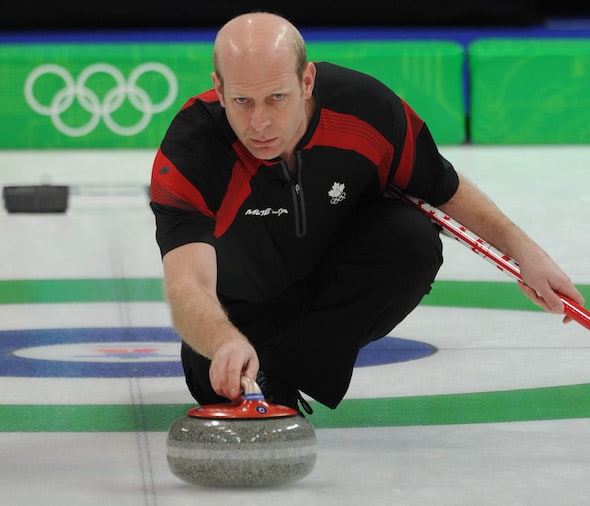 Martin, who won gold for Canada at the 2010 Winter Olympics in Vancouver and silver in 2002 at Salt Lake City, is one of three new members of the Hall; the others are Elmer Freytag and Young C. Kim. You can read more about their accomplishments in the WCF’s news release.

“Once again in 2018, we will induct more of curling’s finest servants of the game,” said WCF president Kate Caithness in the release. “Elmer Freytag, Young C. Kim and Kevin Martin are names synonymous with the sport of curling and the good health it finds itself in today. Each of them has brought their passion, drive and unique personality to our sport in very different ways and I thank them sincerely for that.”

Martin also represented Canada at the 1992 Winter Olympics in Albertville, France, where curling was a demonstration sport.

That team would then win gold at the Tim Hortons Roar of the Rings in 2009 in Edmonton to earn the right to represent Canada at the 2010 Olympics in Vancouver.

There, Martin would skip Canada to another perfect record, rattling off nine straight round-robin victories and then following up with back-to-back wins in the playoffs, nailing down the gold medal with a 6-3 win over Norway’s Thomas Ulsrud in the gold-medal game.

“In a high-performance playing career that spanned three decades, Kevin won every event imaginable,” said Resby Coutts, Chair of Curling Canada’s Board of Governors. “And he did it with a flair and style that thrilled fans around the world.”

Martin’s formal induction ceremony will take place later this season, dates and location to be confirmed by the World Curling Federation.