This was an interesting day in a lot of ways, but it sure ended nice with the win over the U.S. That was a tough game to play because Becca and Matt Hamilton are really good friends of ours, but it was definitely important to win it after the loss this morning. 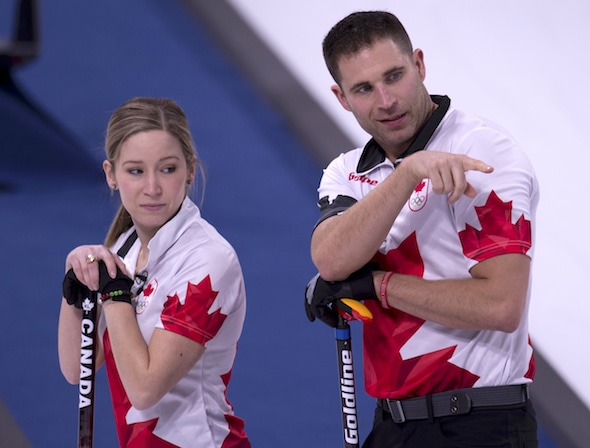 I wasn’t my normal self the first game; I’m usually a better player than that, and I missed three key shots that I pride myself on usually making. But there’s no point in putting your tail between your legs and getting a lip on. I was able to see my family between games, and that was great. We played some cards and just chilled out. We played some crib and a game called 9-5-2 — I learned that one from Kevin Martin. We also went to a Korean restaurant where nobody speaks English, and we were pointing to the pictures on the wall to order our food. The first dish came, and I think we were eating fish organs. And the second dish came and it was so hot that my dad was crying. We were wondering if my dad was OK; we thought he was crying because it was such a tough loss, but he was crying because the food was so hot. 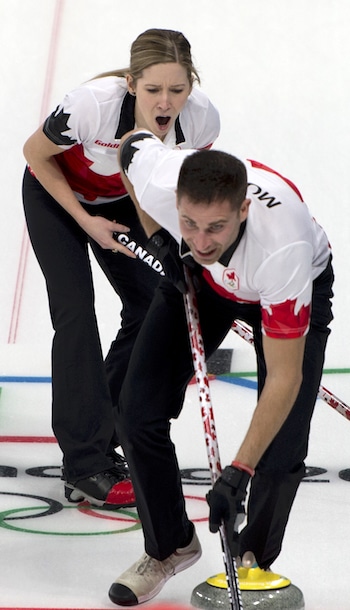 We really didn’t talk about the morning game. You know what? My parents know me, and they know that after a tough loss like that, there’s no point talking about the game. What was nice about seeing them is that they’re very positive. We talked about a lot of stuff other than the game. They know me, and they know that I don’t like to nitpick and dwell not he game. So it was great to have them around. We were really ready for the night game, but our bus from the Athletes’ Village to the rink was delayed, and we were stuck in traffic, and it got a little tense. But you know what? It was quite entertaining. All of the teams were on the bus except South Korea. We were sitting with the Hamiltons and Marcel Rocque, the Chinese players — it was a riot, actually. It was obviously frustrating that we didn’t get to the rink on time, but we made the best of it. The only reason we got here was that one of the Chinese coaches looked on Google Maps and was showing the driver how to get here. We barely got to the rink in time, and I think Kaitlyn and I used what we learned in the first game to have a really solid game tonight. We’ve got two tough games tomorrow, against China in the morning (6:30 p.m. Thursday Eastern time) and against Finland in the afternoon (11:30 p.m. Thursday Eastern time). Then we’ll get together with some people to watch the Opening Ceremonies; we won’t be marching because we have to play early on Saturday, but we’ll be feeling that Team Canada spirit! Thanks everyone for your support, and let’s hear those cheers tomorrow!

(John Morris is half of Canada’s Olympic mixed doubles team, and is attending his second Winter Olympics. Keep checking curling.ca for blogs from Canadian athletes and coaches attending the Winter Olympics; you can watch a replay of the game by CLICKING HERE)