I’ve had the privilege of being at three Winter Olympics, including this one, and it never gets old. 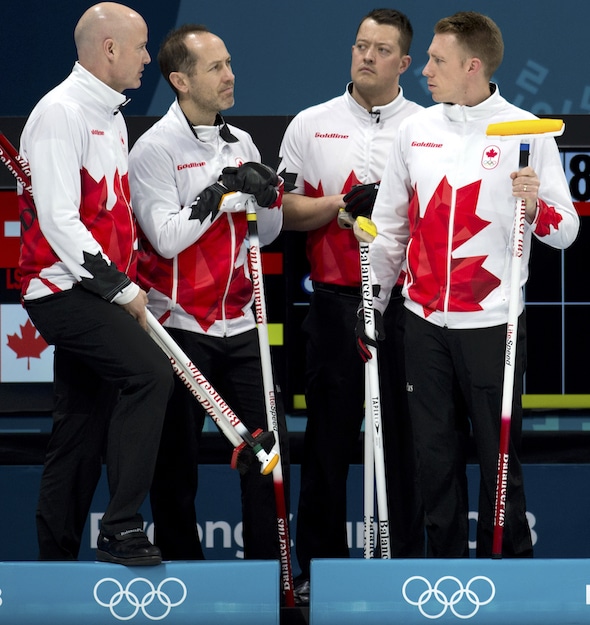 I think the difference is that there’s a much higher level of investment for me. It’s been 10 years with Kevin, four years with this team, and the coach’s role means you have a little bit more say in what things look like, and how we operate. When I was part of the staff for those other teams, really I’m just there as a support person. I’m there for when I’m required; I kind of get told what to do in those situations, whereas here, obviously, I have a little bit more say in how things go.

Oh, this is way more fun. But this is also way more stressful. But it’s a good stress, right? This is why you compete, this is what sport is all about — finding a way to win. And when you feel like you’ve got a role in that, it’s wonderful. I wouldn’t give this up for anything in the world. 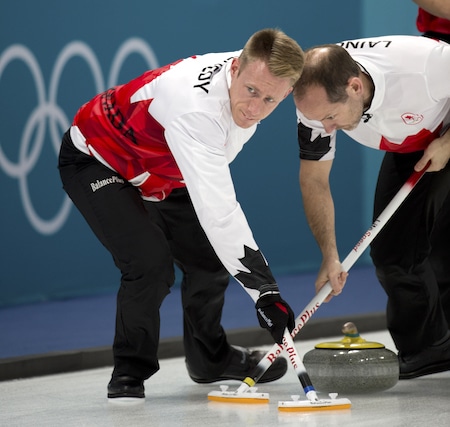 I first started working with Kevin when he and Blake MacDonald were playing together in 2007. Everybody bought in and Kevin’s kept me around ever since. He’s so in control — he might be quiet, but he takes everything in and he’s actually very low-maintenance.

Are we disappointed in losing two in a row? Of course we are. But we’re really good at rolling with these things because we’ve been through it before. We understand that we were maybe two shots away from the score flipping here against Switzerland. So we’re really good at letting that go and turning the page. Tomorrow we’ll plug it in and get going again. You can’t dwell on the past; if you do, you’re done. Every day, we only talk about who’s next, and that’s the United States.

There were so many good things in that game; we don’t dwell on the errors, we look at how well we played. If you look at that game, one shot in the first end killed us. And that’s it. Kevin makes that shot? We’re good to go. And that’s not me finger-pointing at Kevin; he’d be the first one to hold his hand up and say, ‘Sorry, boys, I missed the shot when I had to make it.’

Kevin and the whole team showed a ton of character, a ton of fight, and I don’t think any team wants to play us now.

(John Dunn is the coach for Canada’s Olympic men’s curling team, and is participating in his third Winter Olympics. Keep checking curling.ca for blogs from Canadian athletes and coaches attending the Winter Olympics; you can watch a replay of the game by CLICKING HERE)