Even during our low moments here, we’ve never lost faith in each other. 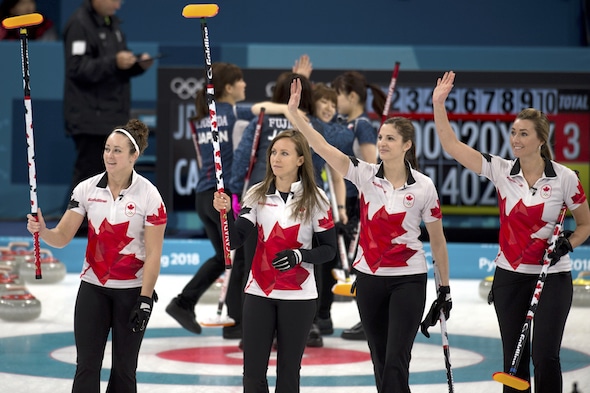 We’ve gone through some really tough moments as a team throughout the years, and we’ve worked really hard on our communication, our processes and our support for each other, so we knew we could just go back to that and stick with those routines, and stay in the moment.

We’ve worked on this for so many years as a team, and the system is coming through for us. The Olympics is really big and can be overwhelming, and I think maybe we were a little overwhelmed at the beginning with everything that was gong on around us, but I think that we’ve settled into a nice a routine, a nice groove, and we’re really just trying to stay in the moment and take it one game at a time.

I know, I know — how many clichés do you want to hear? The thing is, though, that in this situation they really were accurate. It was all we could really do at that point when we were 0-3, and it’s what we’re going to continue to do because there is still a lot of work to do. 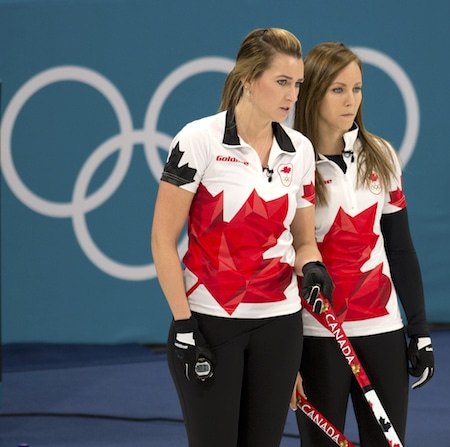 We’ve really tried to increase our communication on the ice in the last three games, and it’s been helpful. Rachel and Emma are being very deliberate when they put the broom down, and talking about how they think the rocks are going to run. That way, when we do see something different than what we expected, we can try to pinpoint why. Jo and I are trying to map the sheet and find the different paths and speeds so that we can make our best guess about how rocks are going to run. Everyone is just 100 per cent engaged in their jobs right now.

Jo really wasn’t that far off yesterday; she’s a world-class player, and we told her that last night. Each of us said that we could have helped her a little bit more in that game. So in this game, we tried not to leave anything unsaid, and if we had information, we’re going to share it to help each other out. And she had an amazing game. Like I knew she would.

I’m fortunate enough to be a part of sport in my professional life; I work in the communications department for Sport Canada, and I was able to attend the 2012 Paralympic Games in London and the 2015 Parapan Am Games in Toronto. Having opportunities to be around athletes and work with people who are so engaged in sport has been really inspirational. So it’s really cool to be here as an athlete. I loved walking in the Opening Ceremonies here; it’s something I’ve watched on TV since I was a kid; you dream about going but you never really think it’s going to happen to you. Just to have that moment of, ‘Wow, we’re really here.’ And being able to do it together, arm in arm with my teammates, was really a special moment.

I don’t think I’ve been through the whole clothing kit we get with the Canadian team. I’ve got a couple favourites, but everything is amazing, an I don’t know how I’m going to get everything home. I’m really loving the clothes — we think Canada’s clothing, on and off the ice, is the sharpest here.

We’re really feeling the support, and appreciating, too, so keep it up, Canada!

(Lisa Weagle is the lead for Canada’s Olympic women’s curling team, and is participating in her first Winter Olympics. Keep checking curling.ca for blogs from Canadian athletes and coaches attending the Winter Olympics; you can watch a replay of the game by CLICKING HERE)