It was bounce-back day for Kaitlyn Jones and Tyler Tardi as both Canadian teams notched wins on Day 3 of the round robin at the 2018 World Junior Curling Championships in Aberdeen, Scotland. 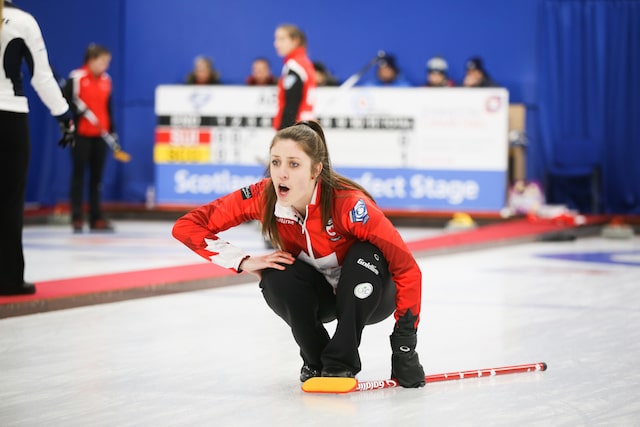 After suffering their first loss of the competition on Sunday, Jones and her Halifax-based team of third Kristin Clarke, second Karlee Burgess, lead Lindsey Burgess, alternate Lauren Lenentine and coach Andrew Atherton kicked off the day by stealing three ends in an 8-3 victory over USA’s Madison Bear. “I thought the ice was very weight-sensitive, but we battled back from last night’s game and I think we feel a little more confident today,” said Jones. “It was really loud here today with all the people cheering for Scotland but I think we were managing our weight signals and stuff better,” she said. “They (USA) played great today. They put up a fight for the first half but we started pushing them a little bit further in the second half and we ended up coming out on top.” In the evening game against South Korea’s Minji Kim, Canada took control early with a deuce in the first and a steal in the second. With a 5-2 lead at the break, Canada played the scoreboard and never looked back in a 7-4 win.

“We’re still grinding it out and we’re playing better each day, so I’m happy with that.  For now, we’re still not at the best that we can be, but I know that there is still more coming for sure,” said Jones after the win.

“It’s super-fun playing teams from all over the world and having this experience,” she added about her first World Junior competition. “I’ve only played the Switzerland team before but other than that I’ve never played any international teams, so it’s really cool to play teams like Korea and Scotland, it’s just good fun.”

The win puts the Canadian women alone in second place with a 4-1 record, right behind undefeated Scotland. On Monday afternoon, the men were back on the ice looking to bounce back from their first loss on Sunday night to Scotland. Facing one of the event favourites in USA’s Andrew Stopera, the 2017 silver medallist, they were up to the challenge and played a low-scoring, confident game on the way to a 4-2 win. “The turning point in the match for us was our deuce in the seventh. We fought really hard for that one, and we managed to get the two points where we wanted them,” said Tardi, who was backed today by alternate Jacques Gauthier at third, second Jordan Tardi and lead Zachary Curtis, with regular third Sterling Middleton on the bench with coach Paul Tardi. “We wanted to switch it up so we could get our fifth on the ice to prepare ourselves in case something actually does happen,” explained Tardi about the line-up switch. “(Jacques) is just as ready as the rest of the team.” The Canadian men are now tied with USA in second place in the standings, both with 3-1 records, right behind Scotland, who remains undefeated. 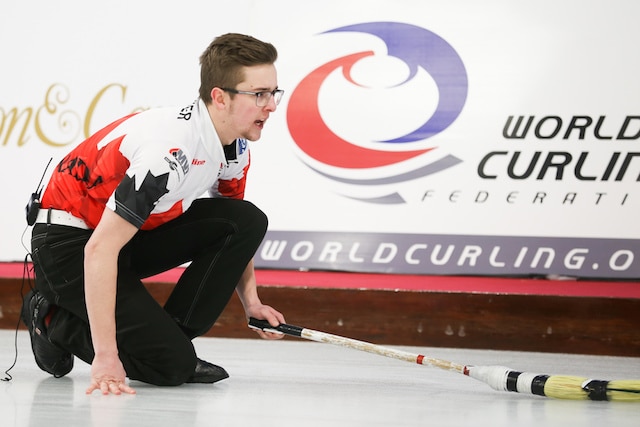 The round robin continues on Tuesday with the women facing Russia (9 a.m. ET). The men will play two games, starting off against China (4 a.m. ET) and finishing the day against Norway (2 p.m. ET). The Canadian teams will be in a 10-team (of each gender) round-robin draw that leads to the four-team Olympic-style semifinals (first place vs. fourth place; second place vs. third place), on Friday, March 9 (there will be no playoff tiebreakers). Event information, including news and live scoring, are available at the event website, https://www.worldcurling.org/wjcc2018 As well, selected games will be streamed live on the World Curling Federation’s Youtube channel, https://www.youtube.com/WorldCurlingTV