Canada might have to start calling their Paralympic wheelchair curling team the “Comeback Kids.”

That might be confusing for their actual kids, and in some cases their grandkids. Regardless of the nickname, the Canadians erased a four-point deficit for the second time this week, this time coming back from 5-1 to beat China, 8-5.

“I’m really proud of the team,” said skip Mark Ideson. “We got down early… again. That seems to be a bit of a theme for us, myself in particular with a slow start. But they pick me up and carried me through. “ 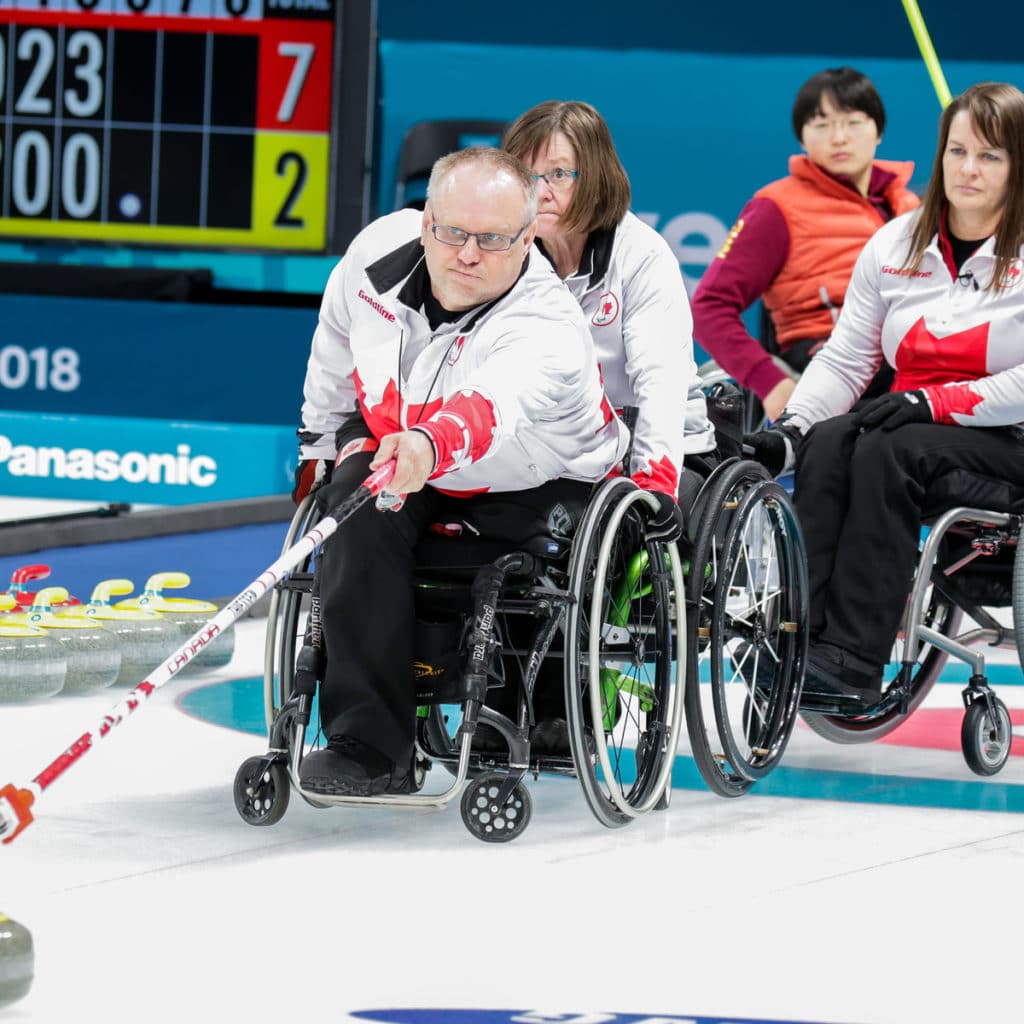 Indeed, Ideson wasn’t his best in the early ends, missing some costly shots that would have changed the complexion of the game. After a few frustrating results, Canada limped in to the fourth-end break trailing by 4.

Coach Wayne Kiel (Regina) was very animated with his halftime remarks, and they obviously worked as Canada came out and scored seven unanswered points in the second half.

“He told us a story about a friend of his who used to throw rocks in a curling club, in a single sheet club. He’d throw rocks. Just him, the rocks, and the ice,” said Ideson (London, Ont.). “That’s kinda what we got back to. Trying to throw some rocks, and having some fun out there.”

It seemed to work. After taking two in the fifth end, Canada stole four when Chinese skip Haitao Wang ticked a guard with his last rock. They stole again in 7, and took away any chance to score in the eighth end, when second Dennis Thiessen (Sanford, Man.) made a perfect hit-and-roll to the button, behind guards.

“It was a character win, and that speaks volumes for the group we’ve got here,” said Ideson.  “We’re a “never give up” kind of team. Now we just have to find a way to make it easier on ourselves.”

The comeback win moves Canada to a 4-2 record, with game against the U.S.A. still to come tonight. The plan for the afternoon? Recover.

“I’m mentally exhausted.” said Ideson, who claimed he was due for a nap. “It’s wheelchair curling, anything can happen and one team can catch a hot streak. We’re going to stick to our game plan, and hopefully it works out for us. “

Canada will face the United States tonight at 7:35 pm local time (6:35 am EST). Catch the action on cbcsports.ca.