Alternate Anseeuw Gets A Chance in Win Vs. Slovakia

58 year-old Jamie Anseeuw has spent every game this week watching from the bench, while his teammates battled it out on the Paralympic ice.

He’d take times, watch rocks, and take notes on every shot as part of his role as alternate, and he has to be ready to play with a moment’s notice if a player goes down with illness or injury.

Since entire tournaments can go by without that happening, it’s standard practice to get your alternate into the game if the scoreboard becomes lopsided one way or the other. 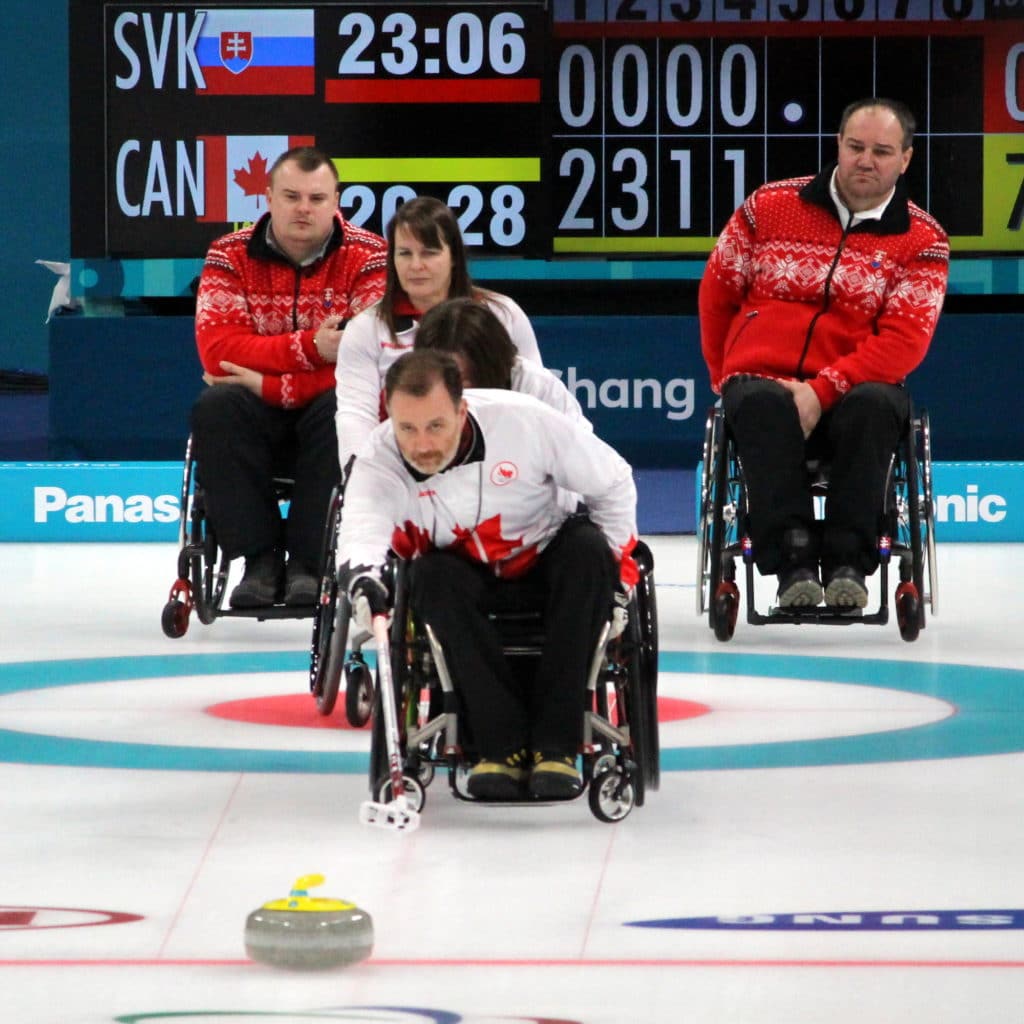 Alternate Jamie Anseeuw got into the game vs. Slovakia and helped Canada to a 9-5 win. Photo: Brian Chick – Curling Canada

“I was excited to get out there,” said Anseeuw, who entered the game in the 5th end vs. Slovakia. “We were up quite a bit so they decided to give me a shot at it.”

Anseeuw, the oldest Paralympian on all of Team Canada, hadn’t thrown a rock on the tournament ice since the pre-competition practice last Friday.

“I was a little nervous,” he said. “I started halfway through the game, and went out there cold. So, you do your best!”

With a seven rock lead, it was assumed that Anseeuw would only see two ends of play, as the rout would continue, and Slovakia would quit early. That was not to be, as Slovakia chipped away at Canada’s lead over the next three ends.

“I knew I would just get better once I got the first few rocks out of my system,” said Anseeuw. “I played a bit better as the game went on.  From a team perspective, it’s a bit nerve-racking having a big lead and giving it up… But we pulled through, like we have been doing.”

The win moves Canada to 7-2, which assures the team a spot in tie-breakers, at least. With three teams at 4 losses and three draws of curling to play, there are too many permutations to figure out specifics.

What is certain, however, is that another win guarantees Canada a playoff spot. Two wins on Thursday could potentially move them as high as first place by the end of the round-robin.

“Making the playoffs was the goal, and we’re really close to achieving that goal, so that’s wonderful.”

One more win would be sweet for Anseeuw for another reason. Not only would the team guarantee their playoff goal, but it might give him another chance to play.

“I’m really hoping that they can win in the morning. Then I might be able to play a whole game in the afternoon, complete with a warmup. That’s all I can ask for. “