Another world championship will be contested in Lethbridge, Alta., it was announced jointly today by the World Curling Federation and Curling Canada. 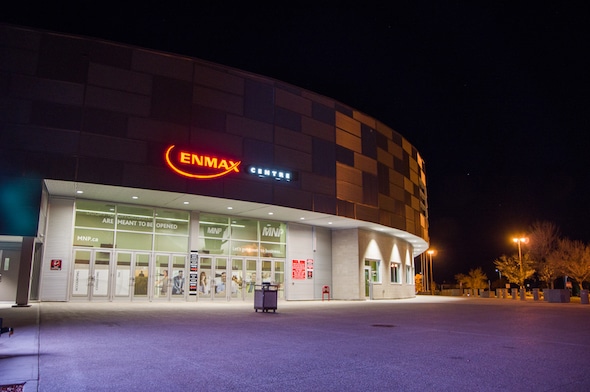 The ENMAX Centre in Lethbridge, Alta., will play host to the 2019 World Men’s Curling Championship.

The 2019 World Men’s Curling Championship will be played at the ENMAX Centre in Lethbridge, from March 30-April 7. It will be Lethbridge’s third opportunity in seven years to have world champions crowned in the Southern Alberta city. In 2012, it was the World Women’s Championship that was played at the ENMAX Centre, and 11 months ago, the 2017 World Mixed Doubles and World Senior Men’s and Women’s Championships were played at the ATB Centre in Lethbridge. “It is my pleasure to confirm that the World Men’s Curling Championship 2019 will be held in Lethbridge, Alberta, Canada,” said Kate Caithness, president of the World Curling Federation. “This follows the recent success of our World Mixed Doubles and Seniors being held in the first-class ATB Centre in Lethbridge. I am in no doubt that the local organizing committee, Curling Canada and our event sponsors will put on another fantastic Canadian World Curling Championship for fans and athletes from around the world to enjoy.” It will be a return trip to Alberta for the World Men’s Championship, after its 2017 edition was played at Northlands Coliseum in Edmonton, won by Canada’s Brad Gushue. It will be the fourth time the World Men’s Championship has been played in the province of Alberta; in addition to 2017, Edmonton also hosted in 2007 (won by Canada’s Glenn Howard) while Calgary played host in 1964 (won by Canada’s Lyall Dagg). “We know Lethbridge has a proven track record of success when it comes to hosting world-class curling championships, on and off the ice, and I’m positive 2019 will be no exception,” said Resby Coutts, Chair of Curling Canada’s Board of Governors. “I had the privilege of attending the 2017 World Mixed Doubles and World Seniors championships, and saw first-hand how passionate the City of Lethbridge is about the sport of curling. Fans who make the trip to Southern Alberta next year will be treated to a great show.” A total of 13 Member Associations will compete in Lethbridge — the second year of a 13-team format. Teams will qualify through the Pacific-Asia, Le Gruyère AOP European Curling Championships, Americas Challenge and World Qualification Event. Berths will be distributed in the following manner: • Two Americas Zone (including host Canada) * • Two Pacific-Asia Zone * • Eight European Zone * • Two from World Qualification Event • * The zone with the lowest-placed team at the previous World Curling Championship loses one guaranteed berth 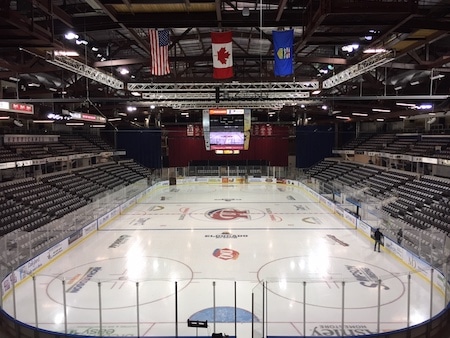 It will be the second time the ENMAX Centre has hosted a world championship after the World Women’s was played here in 2012.

Canada will be represented by the winner of the 2019 Tim Hortons Brier in Brandon, Man. “Our city is delighted that we have been chosen to host this tournament that will welcome world-class curlers from around the globe. We look forward to the opportunity to showcase Lethbridge to the world,” said Lethbridge Mayor Chris Spearman. “This is another opportunity to demonstrate our community’s ability to host major international events. I invite our community to participate as volunteers or spectators and be a part of making this a first-class event for all. Thank you to the World Curling Federation and Curling Canada for choosing Lethbridge.” The 2019 World Men’s Curling Championship will be televised exclusively and extensively in Canada by TSN/RDS2, from the round robin, through to the bronze-medal and gold-medal games. “Our government is delighted that Alberta will once again host the World Men’s Curling Championship in 2019, as we look to maintaining our record of Canadian success!” said Alberta Premier Rachel Notley. “Lethbridge hosting its first ever Men’s World Championship makes it all the more thrilling, and we know the city will put on an excellent tournament. Albertans have a passion for curling, and we also love showcasing our province. We can’t wait to host the world in the beauty of Southern Alberta, so let’s hurry hard to 2019!” It will be Canada’s 25th crack at hosting the World Men’s Championship. Canadian men’s teams have won 35 world championships since the event’s inception in 1959 — the most recent coming with Team Gushue’s gold medal last year in Edmonton. “The Alberta curling community is second to none when it comes to putting on world-class curling championships; we know how to make players, coaches, officials and fans from around the world feel like they’re at home,” said Brenda Asmussen, President of the Alberta Curling Federation. “We’re excited that we’ll get that opportunity in 2019, and I know Lethbridge will put on a memorable event.” “We were beyond thrilled to learn that our bid to host the 2019 World Men’s Curling Championship was accepted by the World Curling Federation and Curling Canada,” said Jody Meli, Vice-Chair of the Lethbridge Host Committee. “The next 13 months will be extremely busy for us, but we’re ready to go work on an event that we believe will be one of the best ever, and will send everyone home with wonderful memories of Lethbridge.” The 2018 World Men’s Curling Championship is scheduled for March 31-April 8 in Las Vegas.