Canada’s Jennifer Jones will take aim at her second gold medal, and back-to-back wins for Canadian teams, when the 2018 Ford World Women’s Curling Championship gets underway on Saturday. 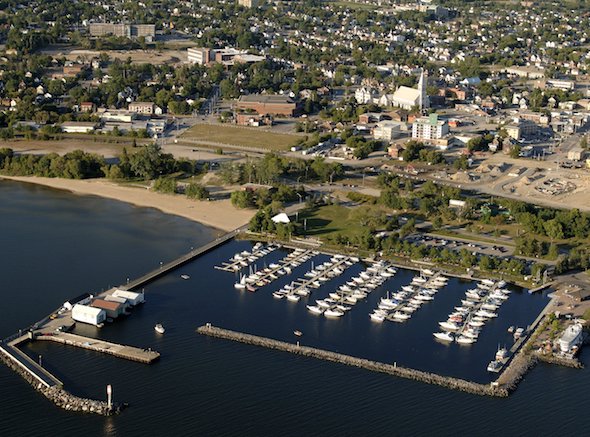 Thirteen teams will open play at the North Bay Memorial Gardens in North Bay, Ont., in a revamped format that has added one team from the Pacific-Asia region, and altered the playoff format from the Page playoff to a six-team, straight-knockout format.

Jones, Officer and McEwen also are looking for their second world titles, after they won gold in 2008 in Vernon, B.C.

Jones skipped Manitoba to victory at the 2018 Scotties Tournament of Hearts in early February in Penticton, B.C., to earn the right to represent Canada in North Bay.

At the Scotties, Lawes wasn’t in the lineup as she was in South Korea for the Winter Olympics, where she won a mixed doubles gold medal with partner John Morris. Birchard took over the vice-skip duties in Penticton, but Lawes will return to the lineup for the trip to North Bay.

There will be more Olympic angles on display in North Bay, as both the gold- and silver-medal women’s four-player teams from the Pyeongchang Winter Games will be in the field. Sweden’s Anna Hasselborg defeated the Garlic Girls from South Korea, skipped by Eunjung Kim in the gold-medal game, and both will be looking to add to their medal collections in North Bay.

Also in contention will be Switzerland’s Binia Feltscher, whose past two trips to Canada for world championships have produced gold medals. She claimed the 2016 world title in Swift Current, Sask., and the 2014 title in Saint John, N.B.

Round-robin play gets underway Saturday at the Memorial Gardens at 2 p.m. (all times Eastern), with Canada taking on the Czechs, and then following with a Saturday night showdown at 7 p.m. against Switzerland.

Round-robin play will run through to Friday, March 23, with the top six teams making the playoffs; no tiebreakers will be played, so ties for playoff spots will be broken based on head-to-head results, and if that doesn’t resolve the tie, then the pre-game Last-Shot Draw distances.

The top two teams from round-robin play will be seeded directly into the semifinals, while third will play sixth and fourth will play fifth in the quarter-finals on March 24.

The Opening Ceremonies for the 2018 Ford Worlds are scheduled for 11:30 a.m. on Saturday; admission is free.

TSN/RDS2, the official broadcast partner of Curling Canada, will provide live coverage of Canada’s round-robin games, in addition to all playoff games.

It’s the 15th time that Canada has hosted the World Women’s Championship since it began in 1979 in Perth, Scotland, and the first time it’s happened in North Bay.

Canada has won a leading 16 gold medals at the World Women’s since 1979, followed by Sweden with eight.

You can find ticket information, draw times, team lineups and live scoring, and more, at the event website: www.curling.ca/2018worldwomen/