Canada Advances to Playoffs After Victory Over Finland

The Paralympic playoff picture became a little bit clearer on Thursday as Canada completed yet another comeback victory vs. Finland.

With the win, Canada finished the round-robin at 9-2, which will be tied for first with South Korea, and also China. The Koreans will have the tiebreaker based on the head-to-head results. 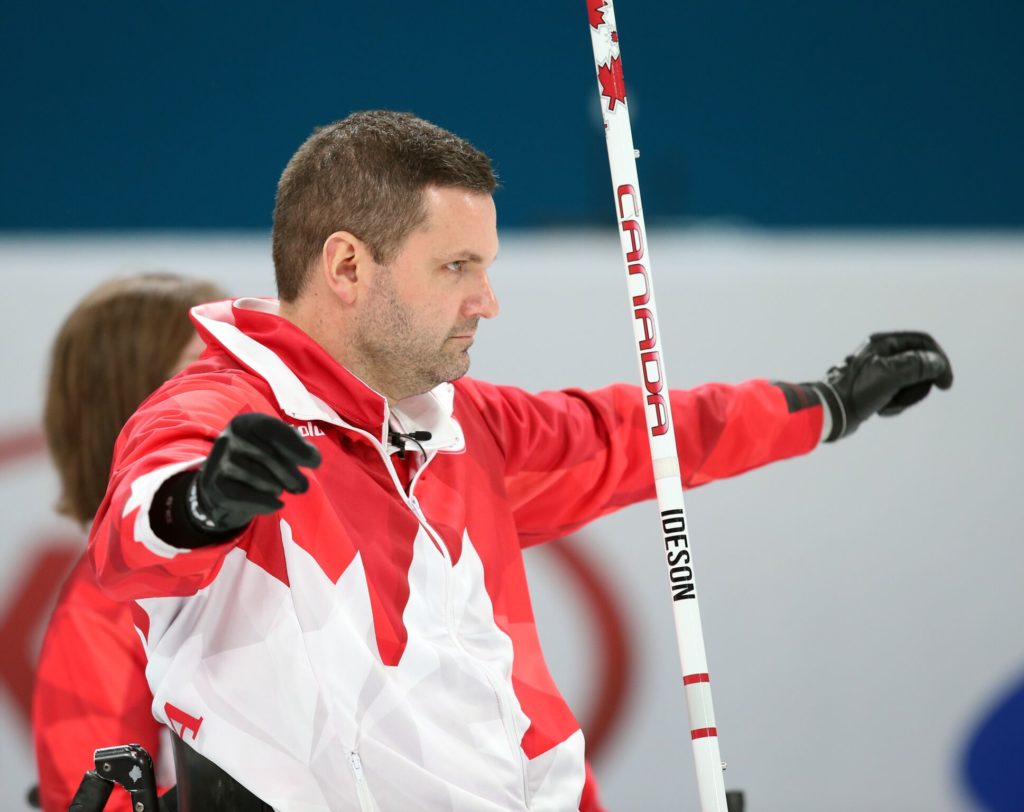 Mark Ideson made to clutch shots in the 8th end to seal the win over Finland. (Photo: Canadian Paralympic Committee)

“We’re definitely happy,” said skip Mark Ideson. “If someone said we’d be 9-2 at the end of the week, we have taken it for sure.”

In what has become typical fashion for Team Canada, they started the game by getting down a few points before battling back in the second half. This time, Finland started with steals of 2 and 1 in the first two ends, then Canada started to chip away.

“It was another nail biter game for us, but we’re happy to be where we are,” said Ideson.

The London, Ont. native hopes all those close games will prepare their nerves for the medal round, where they’ll either play Norway or China.

“I think what really helps us is that we’ve had so many close games, the number of times we’ve really had to generate points when we’re down,” said Ideson. “I think that experience is really going to help is in the next game.”

So now, Canada can look forward to a semifinal matchup with China. A win guarantees a medal, and a loss means they play for bronze.

Either way, Ideson says the pressure is not about the potential medals.

“The pressure now is playing for each other. We’ve been a great group. We’re a team of ten, not just the five players out there,” he said.  “We’ve got a great support staff and they’ve been working hard all week. Together, if we can stick to our plan, we’ll be alright.”