Canada loses heartbreaker in semifinal, will play for bronze

Nobody likes to lose, especially elite athletes playing at world class competitions with medals on the line.

You could forgive Canadian skip Mark Ideson if he was angry, bitter, heartbroken or a bit crusty following a last rock loss to China in the semi-final of the Paralympic medal round in wheelchair curling.  But, following the game that’s not the emotion he showed.

“You know what? I am proud,” he said minutes after Chinese skip Haitao Wang made a remarkable tap to the button with the last shot of the game. “I’m really proud of the way that the team played… We put ourselves in a good position to medal and we played well.” 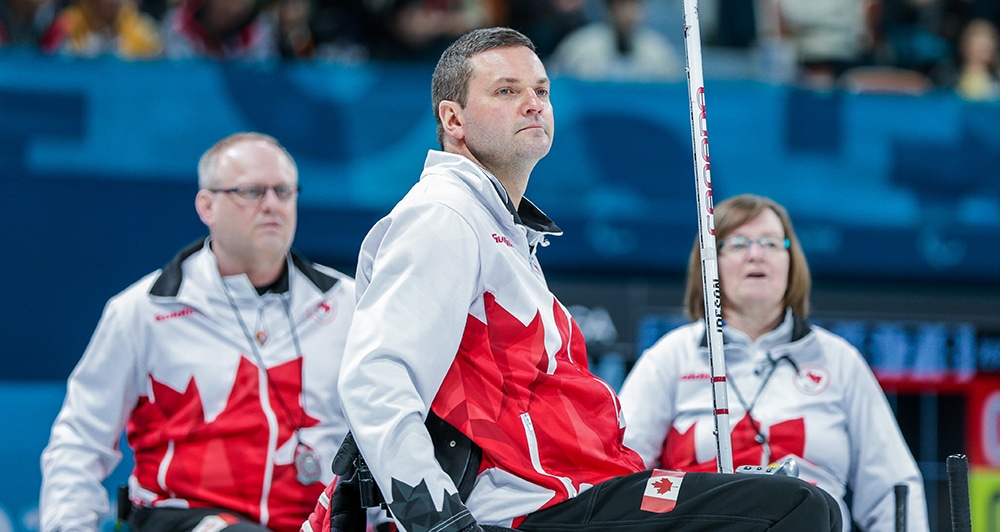 Canada sat two in the four-foot before Wang delivered his last rock. The margin for error was slim, but his stone tapped the other just right to score a point for the win.

“He made a beauty in the last end to win,” said Ideson. “That’s world class. That’s the Paralympics. He made a beauty, so good on him. He deserved it.”

A lengthy discussion ensued, involving two officials, video replay, and finally a ruling that the rock would remain in the house, but hang off the backline. Canadian fans weren’t happy about the situation, as the video replays showed that the rock was certainly headed out of the house.

Ideson, with teammates Ina Forrest, Dennis Thiessen, and Maria Wright, did their best to shake off the questionable display of etiquette, and were able to recover forcing a blank end after all the drama was settled.

With the win, China moves on the the gold medal game vs. Norway, with at least a silver guaranteed. Canada, meanwhile will have to fight for some hardware in the bronze medal game vs. South Korea.

Ideson didn’t seem to concerned with shaking off the loss.

“We’ll start by going to see our families. That’s the important part,” he said of his post-game plans.  “We’ll get some good rest, and some good nutrition, and debrief the game, we’ll give each other some hugs, and away we go.”

The bronze medal game will take place Saturday at 9:35 am Local (8:35 pm EST – Friday) and be available for streaming on www.cbcsports.ca.