After yesterday’s heartbreaking semifinal loss, a fourth consecutive gold medal was out of the question for Canada. But was was still on the table was the prospect of a podium finish and a Paralympic medal.

The Canadian wheelchair curling team won that bronze medal, defeating South Korea in a fairly one-sided match. Canada took two in the first, never looked back, and the Canadian team will stand on the podium for the fourth straight Paralympic games. 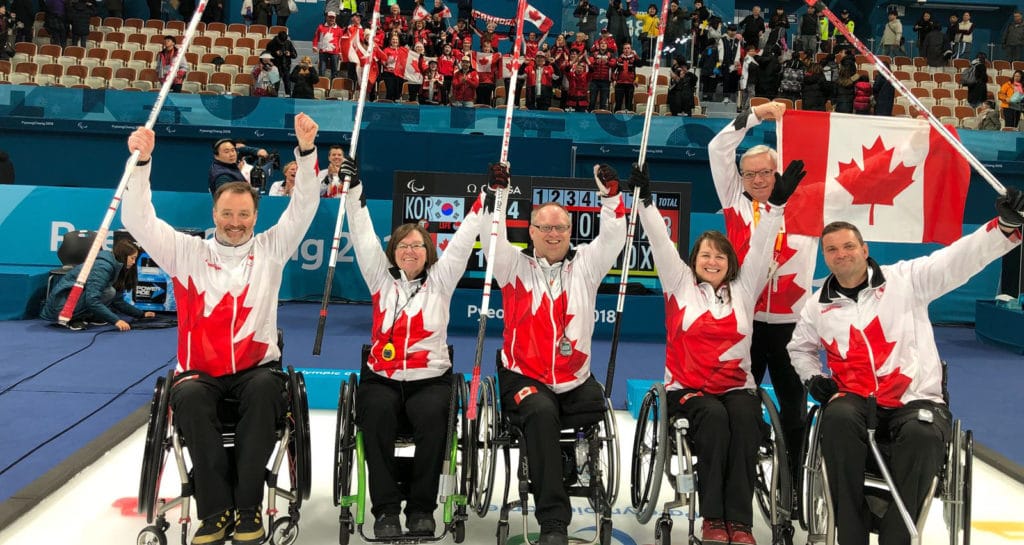 Canada’s medal hopes were by no means guaranteed when the competition began a week ago. The squad hadn’t seen a podium finish at any of the last four world championships.

“in this field a medal is a huge win, I’m so happy, it’s beyond tears,’ said vice Ina Forrest (Armstrong, B.C.), alluding to the fact that some of her teammates were a bit emotional following the win.

“Ultimately, it’s not the colour of the medal,” said Ideson. “It’s the flag on your back that matters.”

Team Canada will be awarded their medal following the gold medal match between Norway and China, starting at 2:35 local time (1:35 am EST).