Some familiar names among teams at Mixed Doubles Championship in Leduc 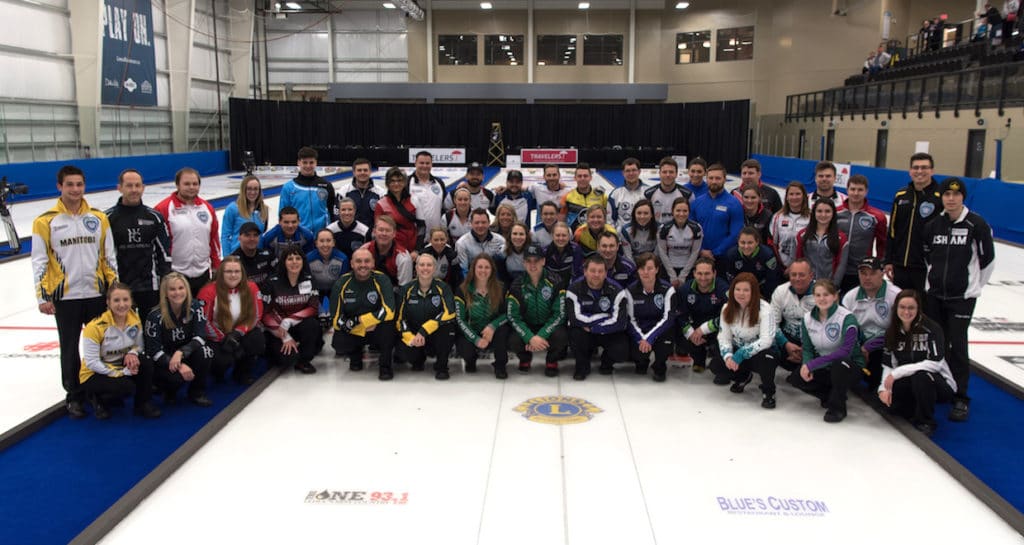 Some very familiar names were among the competitors in the first two draws, including Jennifer Jones (fresh off her gold-medal performance at the World Women’s Curling Championship in North Bay, Ont.) and Brent Laing (who competed at the Olympics in Pyeongchang with Team Kevin Koe); 2017 Canadian mixed doubles champions Joanne Courtney and Reid Carruthers; and former Canadian champions, Kalynn Park and Charley Thomas, Marliese Kasner and Dustin Kalthoff, Wayne and Kim Tuck, and Robert Desjardins, now playing with daughter Emilie. Also among the first group of competitors were Team Alberta, Selina and Karsten Sturmay, who hours earlier won gold medals in the finals of the U SPORTS Canadian university curling championships – Selina with the University of Alberta Pandas, skipped by Kristen Streifel, and Karsten skipping the University of Alberta Bears. Missing from the mix is Olympic Mixed Doubles gold medallists Kaitlyn Lawes and John Morris, who were not able to accommodate the schedule of the event. However, Lawes did drop in at the Leduc Recreation Centre on Wednesday to sign autographs and, later, attend the banquet for the teams who had been competing in the university and college championships all week. CBC will be live streaming games from the mixed doubles championship until the weekend, then broadcasting playoff games on the CBC television network. Go to https://www.cbc.ca/sports/olympics/winter/curling/broadcast then click on the “CBC Television” tab beside the “CBC Sports Streaming” for the CBC TV schedule. Find scores, news and teams on the event website here: https://www.curling.ca/2018mixeddoubles/ The action continues on Thursday with draws at 8:30 a.m., 11 a.m., 1:30 p.m., 4 p.m., 6:30 p.m. and 9 p.m., all times EDT.