Moncton curler making an impression at Under-18 championship

Carly Smith of Moncton, N.B., has been curling since she was six, and this week she’s competing at the 2018 Canadian Under-18 Boys and Girls Curling Championships in St. Andrews, playing third for Team New Brunswick (Host) team – a second provincial team added to the competition to even out the pools at seven each. 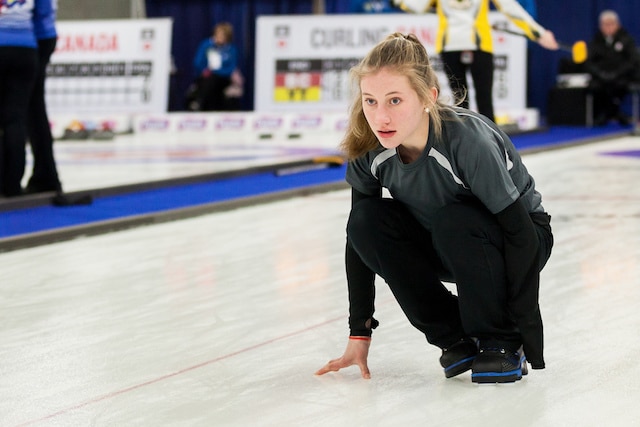 Carly Smith: “I don’t throw with a broom and if anything it helps my balance,” says Carly about the prosthetic she uses while sweeping as part of Team New Brunswick (Host) at the 2018 Canadian Under-18 Curling Championships in St. Andrews, N.B. (Curling Canada/Mark Finley photo)

Smith is also making an impression on everyone who sees her on the ice: she was born with only one arm and has adapted to using a prosthetic while sweeping. “My mom was a curler and she took me to curl when I was in Grade 2 and put me into the Little Rocks program,” she says. Her sister, Caylee, also started young and now plays lead on the team. “It’s fun playing with my sister and I get to travel with her which is great,” says Carly. 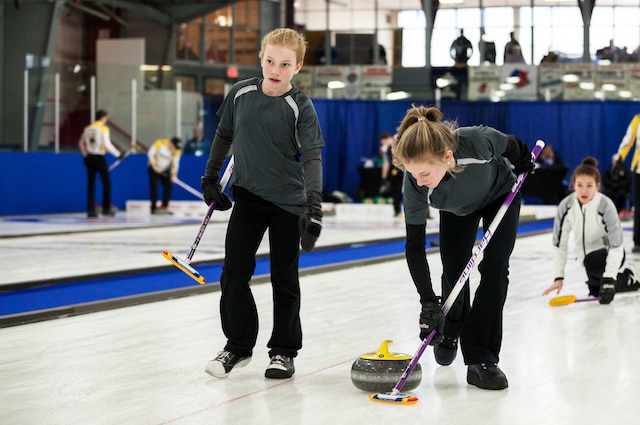 Sisters Caylee (left) and Carly Smith (right) are teammates at the 2018 Canadian Under-18 Curling Championships, where Carly is using an adaptive prosthetic device while sweeping (Curling Canada/Mark Finley photo)

Using a prosthetic for sweeping is something new for her, but she says she has quickly adapted. “I don’t throw with a broom and if anything it helps my balance,” says the 14-year-old who curls out of Curl Moncton. “For sweeping I can put more pressure on the broom and it’s more reliable. I sweep the same way I did before using a prosthetic. It only took me a week to get used to it. I use a prosthetic for biking, hockey, yoga, etc. but it is a different one for curling.” The Smith sisters’ Team New Brunswick (Host) finished out of playoff position in Pool B, but that hasn’t stopped Carly from enjoying every minute of this national championship experience. “It’s really fun,” she says. “The ice is really nice, the volunteers are great, the food is great, and I love the hotel. It’s been an amazing experience so far.” And she’s already looking ahead to more curling adventures. “I’m 14 years old and I want to come back to the U18 Nationals representing New Brunswick.” 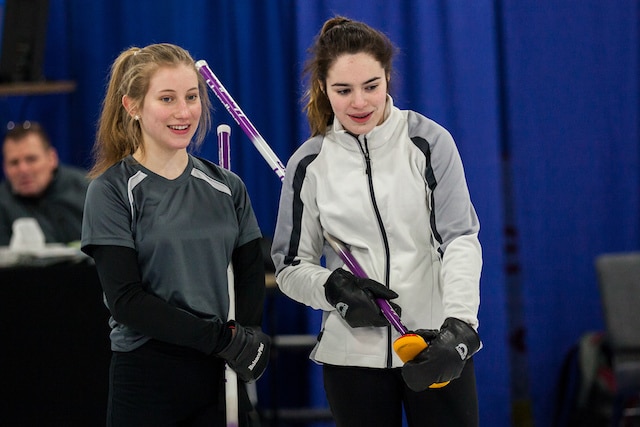