Semifinals for Crocker and Muyres at World Mixed Doubles

Team Canada’s Laura Crocker and Kirk Muyres are through to the semifinals of the 2018 World Mixed Doubles Curling Championship after winning both their qualification games on Friday in Ôstersund, Sweden. 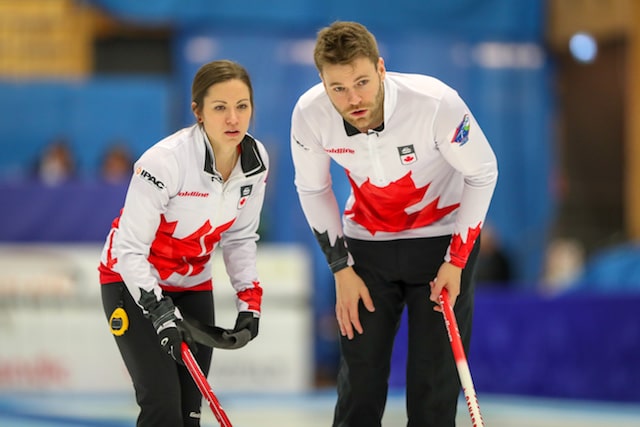 In the A-side quarter-final on Friday evening, Crocker and Muyres battled against Turkey’s Dilsat Yildiz and Ugurcan Karagoz in a tight game in which neither team seemed able to score more than a deuce. The game was decided on Crocker’s final draw against three for the 7-4 win. “Any time you get a lead you have to be happy because mixed doubles is such a back and forth game so it’s good to have a cushion there because a three or a four or even a five can come out of nowhere,” said Crocker afterwards. “Going into tomorrow we just want to fall back on what’s been working for us so far which has been dialling in our draw weight and communicating about the ice. If we can do those two things I think we’ll have a pretty good chance.” Earlier in the day, Canada defeated Czech Republic’s Zuzana Hajkova and Tomas Paul in a round-of-16 qualification game. The Canadians scored three with Crocker’s double run-back in the first end and kept the pressure on for an 8-6 victory. “I think (yesterday’s game against South Korea) was the only game where we didn’t really throw all that well,” she admitted. “Every other game we knew that when we missed a shot it was thrown pretty well and we just needed to adjust the line, or whatever. But this game we threw everything exactly how we needed to. When we missed one we got over it, figured it out and then made the next one, so I think we got back to our usual selves of moving forward from misses instead of letting it snowball.” The A-side semifinals get underway on Saturday at 6 a.m. ET with Canada facing Switzerland’s Michele Jaeggi and Sven Michel, who won the gold medal at the 2011 World Mixed Doubles with partner Alina Pätz. The medal games follow at 10 a.m. ET. Follow the action with livescoring on the event website here: https://www.worldcurling.org/wmdcc2018/livescores Watch selected games on the World Curling Federation YouTube channel, https://www.youtube.com/WorldCurlingTV, and on TSN (check local listings). 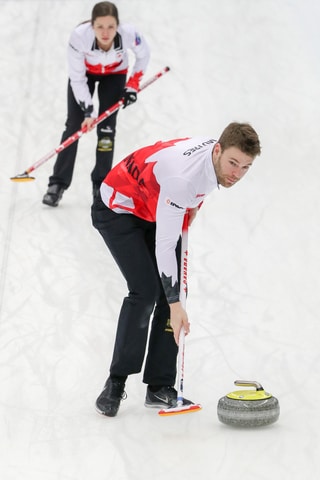