The young Canadian mixed doubles tandem of Kadriana Sahaidak and Colton Lott came out firing against Jenny Perret and Martin Rios (2018 world champs, Olympic silver-medallists) and earned an 8-7 win to kick off the third leg of the Curling World Cup in Jököping, Sweden, on Wednesday. 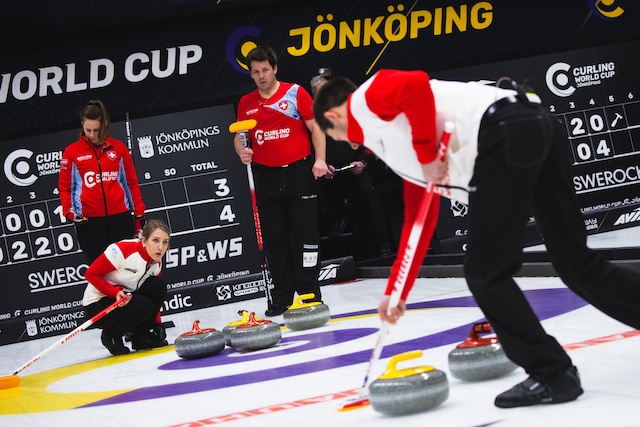 “It feels pretty great to win. We knew coming into this game it was going to be one of the tougher ones against Switzerland,” said Sahaidak who, with Lott, won a silver medal at the 2018 Canadian Mixed Doubles Championship.“There was some nervousness before the game but it went really well. We wanted to win this one first to go into our other games and not have a loss on our back.” The Canadians stole a deuce in the fourth end to ramp up the pressure and get some mistakes out of the Swiss duo. Leading 8-6 heading into the eighth, Sahaidak and Lott held the Swiss to a single point when Perret’s final draw to the four-foot was just short. On Thursday, the Canadians will face off against Sweden (2:30 a.m. ET) and Korea (2 p.m. ET). In men’s action, Matt Dunstone’s Regina men’s team (vice-skip Braeden Moskowy, second Catlin Schneider, lead Dustin Kidby) were in control from the start against Norway’s Steffen Walstad, stealing five points in the first five ends on the way to an 8-2 win. “I don’t think we’ve played them (Walstad) before but they’ve had a lot of success and they’re familiar with this event so to get a win over one of the top ranked teams here is a great start,” said Moskowy, who says the Dunstone team is embracing the opportunity to compete in this international event. “I’ve heard nothing but good things about the Curling World Cup from the other Canadian teams and none of us have been to Sweden before, so we jumped at the opportunity to come here,” he said. “Everything is set up so well – it’s a great venue, the ice is great and great teams. We’ve been lucky, we got to go to China earlier this year and represent Canada and that was a blast. You never know if you’re going to have the chance again, it’s such a tough country to represent. The competition is outstanding – you can play well all week and not win many games so luckily we played well that game.” The Canadian men will be back on the ice against China’s Ma Xiuyue on Thursday at 6 a.m. ET. 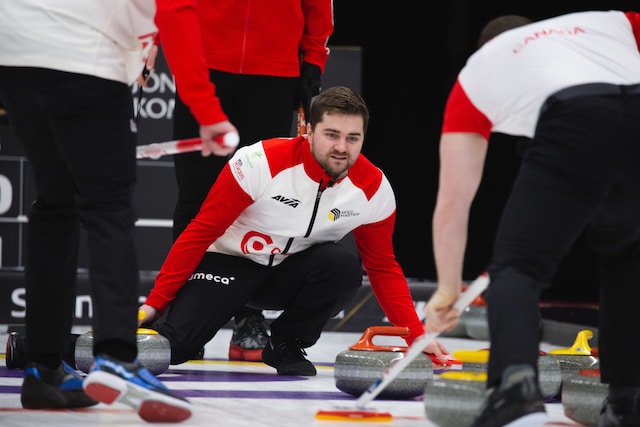 In the women’s round robin, Darcy Robertson’s Winnipeg team (vice-skip Karen Klein, second Vanessa Foster, lead Theresa Cannon) ran into trouble against Olympic gold-medallist Anna Hasselborg of Sweden, losing 8-2 in the opening game. Hasselborg surged ahead 6-2 after five ends and stole the next two ends to put the game out of reach. Robertson is back in action on Thursday with two games, against Russia’s Anna Sidorova (6 a.m. ET) and China’s Jiang Yilun (2 p.m. ET). All teams will play a double round robin within their pools from Wednesday to Saturday. The top teams in each group move into the finals on Sunday. In addition to prize money, the winning teams will earn a berth to the Curling World Cup Grand Final, May 8-12 in Beijing.

View the full schedule and all teams competing at the second leg in Jököping by CLICKING HERE.

Selected games at the third leg of the Curling World Cup will be broadcast on the World Curling Federation’s YouTube channel.