2019 Scotties Tournament of Hearts gets underway Saturday in Sydney, N.S.

Jennifer Jones will begin her quest for history on Saturday when the 2019 Scotties Tournament of Hearts gets underway at Centre 200 in Sydney, N.S. 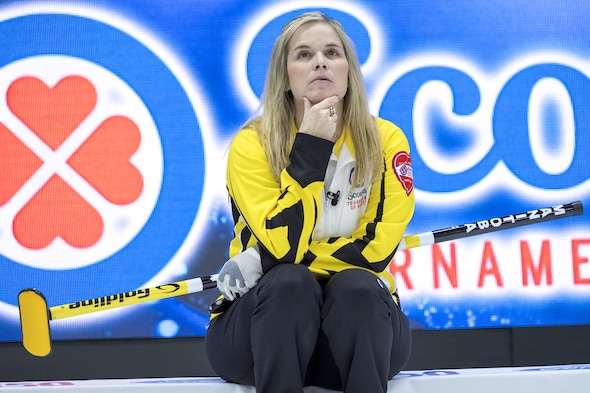 Jones heads into the 2019 Scotties with six past victories, including last year at Penticton, B.C., at the Canadian Women’s Curling Championship, tying her with her longtime teammate Jill Officer and Nova Scotia’s legendary skip Colleen Jones.

Officer, who has stepped away from competitive curling this season, will be the alternate for Jennifer Jones’s Team Canada lineup in Sydney.

The first draw of the 2019 Scotties will be Saturday at 2:30 p.m., which is when home-province hopeful Jill Brothers and her Nova Scotia team from Halifax hits the ice for the first time, taking on B.C.’s Sarah Wark (Abbotsford).

Also in that first draw will be 2017 Scotties champ Ontario’s Rachel Homan (Ottawa), who is pursuing her fourth Canadian title in the past seven years, and will be taking on 2016 Scotties silver-medallist Krista McCarville of Northern Ontario (Thunder Bay), while 2016 Scotties champ Chelsea Carey of Alberta (Calgary) is up against Manitoba’s Tracy Fleury (East St. Paul).

But there will be plenty of action at Centre 200 before that first draw.

On Friday night at 7:30 p.m., the 16th and final entry into the Scotties will be decided at the Wild Card playoff game. Team Casey Scheidegger of Lethbridge will take on 2018 Scotties silver-medallist Team Kerri Einarson of Gimli, Man., at 7:30 p.m. at Centre 200. Admission is free, with donations in support of junior curling being accepted at the door. The winner will become Team Wild Card and will join Pool B in the two-pool, 16-team competition.

On Saturday, the Opening Ceremonies are scheduled for 1 p.m. at Centre 200, and are free to attend.

The 16 teams are split into two pools of eight, based on their Canadian Team Ranking System standing as of Dec. 31; the Wild Card winner will be the No. 3 seed.

The gold-medal game is scheduled for 6 p.m. on Sunday, Feb. 24; the winner will represent Canada at the 2019 LGT World Women’s Curling Championship, presented by Pioneer Hi-Bred, March 16-24 in Silkeborg, Denmark, and also will return as Team Canada to the 2020 Scotties Tournament of Hearts in Moose Jaw, Sask.

CLICK HERE to check the schedule for the 2019 Scotties Tournament of Hearts.

TSN/RDS2 will provide complete coverage of every draw at the 2019 Scotties Tournament of Hearts. CLICK HERE for the complete broadcast schedule.