A pair of University of Alberta teams will open the curling competition at the 2019 Winter Universiade in Krasnoyarsk, Russia, this weekend. 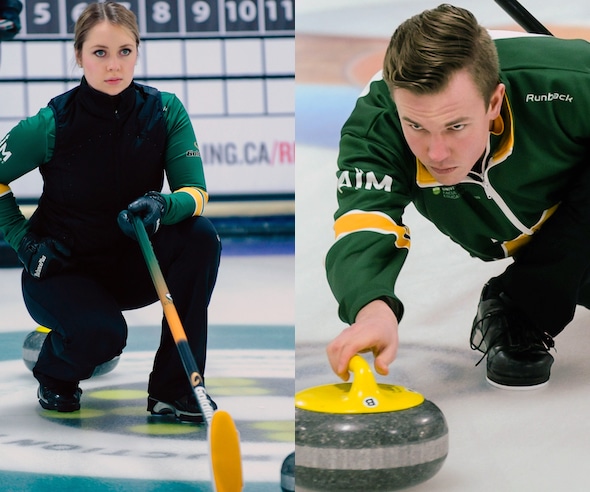 Kristen Streifel’s women’s team and Karsten Sturmay’s men’s team will hit the ice at the Ivan Yarygin Sports Palace in Krasnoyarsk, looking for Canada’s first double-podium result at the Winter Universiade since 2003 at Tarvisio, Italy, where curling was introduced as a Universiade medal sport.

Both University of Alberta teams qualified for the Universiade by winning gold medals at the 2018 USPORTS Canadian University Curling Championships in Leduc, Alta.

The winning men’s team also featured Jason Ginter in the lineup; he can’t play in Krasnoyarsk as he’s too old (the competition is open to post-secondary students between the ages of 17 and 25), but he will accompany the team as an assistant coach.

Schmiemann will be Canada’s flag-bearer for the Opening Ceremony, which is scheduled for Saturday at 8 a.m. ET. Schmiemann was a member of Kelsey Rocque’s gold-medal team (coached by Coderre) at the 2017 Winter Universiade in Almaty, Kazakhstan.

At this point, only Canada’s team lineups are confirmed; countries aren’t required to submit their official lineups until the team meeting today.

Sturmay and Papley will head into Universiade with podium experience already this season; on Saturday, they won silver medals at the 2019 World Junior Championships in Liverpool, N.S. Sturmay skipped Canada’s team, with Papley playing lead.

The Canadian women’s round-robin schedule looks like this (all times Eastern):

Live scoring will be available on the official event website, https://krsk2019.ru/en Additionally, keep checking curling.ca for stories throughout the competition.

There will be live streaming of the 2019 Winter Universiade, including selected curling matches, at www.fisu.tv/ as well as FISU’s Youtube channel.

For information on the Canadian athletes competing in all sports at the Winter Universiade, go to usports.ca/en/international/universiades/winter-2019