Team Canada posted its first win on Tuesday evening at the 2019 World Wheelchair Curling Championship in Stirling, Scotland, and it came at the expense of first-place China, who also happen to be the 2018 Paralympic champions. 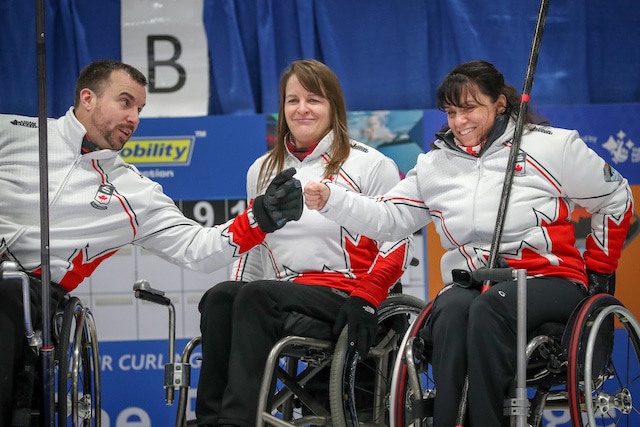 After struggling through five straight losses to begin the round robin, the Canadians shook it up a bit, moving alternate Ina Forrest to third with skip Mark Ideson, second Jon Thurston and lead Collinda Joseph. The team is rounded out by Marie Wright and coach Wayne Kiel. “It’s nice to get a win,” said Ideson. “Hopefully we can get on a roll now. Obviously, it’s not the way we wanted to start the tournament, but we’ve been close in a few games and just on the wrong side of the coin. It’s nice to pull one out tonight.” Earlier in the day, Canada got off to a slow start against Switzerland’s Raymond Pfyffer and trailed 5-2 after five ends. A deuce in six kept it close, but Pfyffer responded with a deuce of his own, followed by a steal of one to put the game out of reach. But against the high-powered Chinese team skipped by Haitao Wang, Canada was able to exercise some control over the scoreboard, blanking the fifth to keep last-rock advantage for the last few ends. Leading 4-3 with hammer in the eighth, Ideson held Wang to a single, and finished it off with a single in ten for the team’s first win. “We’re picking up the ice and everyone is feeling pretty comfortable out there,” said the skip. “It took us a few games to hit our stride but hopefully now we’re finding our way.” On Wednesday, Canada (1-5) will face Slovakia’s Dusan Pitonak (2-3) at 9 a.m. ET and Russia’s Andrei Meshcheriakov (3-2) at 2 p.m. ET. For more information about the 2019 World Wheelchair Curling Championship, go to www.worldcurling.org/wwhcc2019 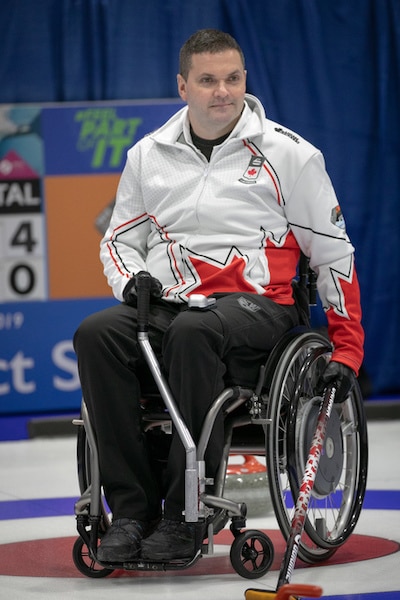