After a slow start to the round robin, Team Canada has found its way back into the win column with two more victories on Wednesday at the 2019 World Wheelchair Curling Championship in Stirling, Scotland. 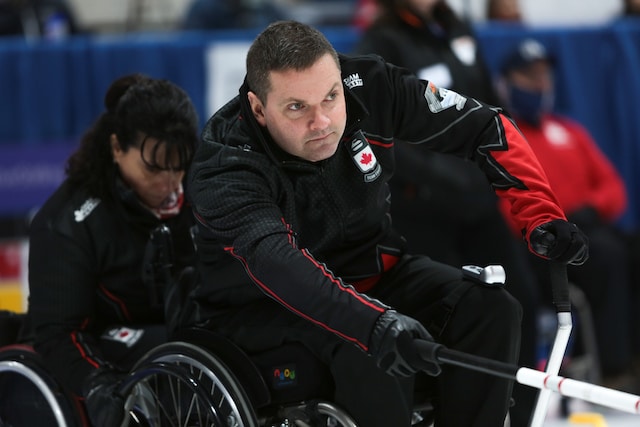 Skip Mark Ideson, third Ina Forrest, second Jon Thurston, lead Collinda Joseph, alternate Marie Wright and coach Wayne Kiel were looking at a 0-4 record after the first two days of competition, but they changed all that with a hard-fought win over first-place China on Tuesday night and followed it up with two more solid wins on Wednesday. In a back-and-forth game to start the day, Canada stole two in the final end to defeat Slovakia’s Dusan Pitonak. Canada trailed 7-6 after seven, and Ideson said the team needed a bit of luck – and a lot of patience – to come out with an 8-7 win. “There’s some relief,” Ideson said. “It was a close game against Slovakia, they played really well and we got a little lucky in the eighth to pull out the win.” After four straight losses, Canada came into today’s game with one win and a determination to turn the ship around. “We had to have patience (in those middle ends),” he said about the Slovakia game. “We’ve got a game plan and we have tried to stick to it as best we could. When a team is building momentum like that and you’re losing your lead it’s easy to let the wheels fall off. You’ve really got to stay patient and take advantage of the opportunities when they come. Then hope for the best.” Ideson and his crew posted a comfortable 6-3 win over Russia’s Andrey Smirnov on Wednesday night to keep the momentum going. “Today was definitely a step in the right direction – two wins we needed. We’re starting to find our groove,” said the Canadian skip afterwards. “In this game, we made the ones we needed to make. You know you’ll always get a great game against Russia and I love playing against them. They bring the best out in us. We had fun tonight and stayed loose and played well.” With today’s two wins, Canada moves to 3-4 in the standings and shares third place with Estonia, USA and South Korea. “We’re certainly not out of the woods yet,” Ideson said. “We’ve still got some work to do. Losing your first four is not ideal. The momentum has certainly shifted our way, which will help.” On Thursday, Canada will face Germany’s Christiane Putzich at 4 a.m. ET and USA’s Steve Emt at 9 a.m. ET. For more information about the 2019 World Wheelchair Curling Championship, go to www.worldcurling.org/wwhcc2019 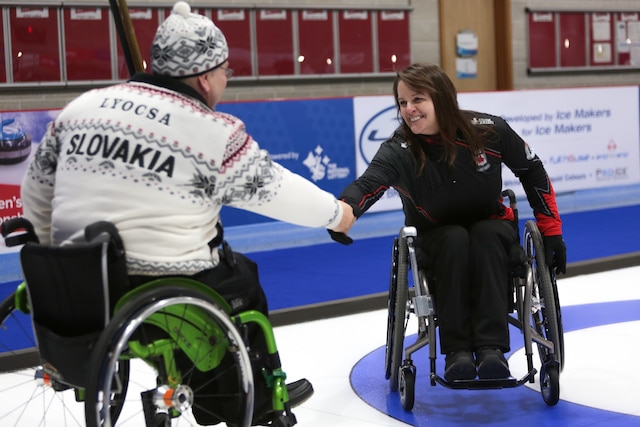