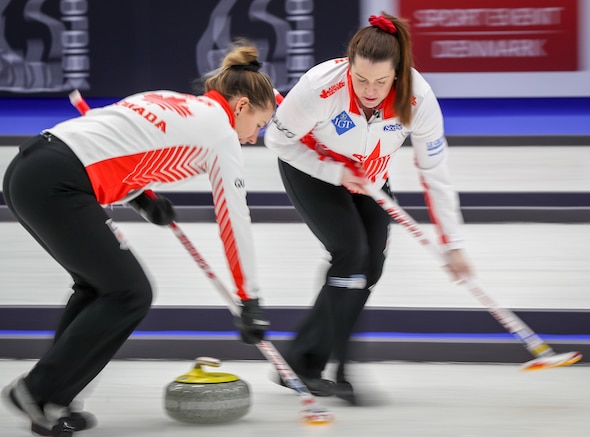 A 6-3 lead for Canada’s Chelsea Carey team from Calgary through five ends disappeared in rapid fashion as Jamie Sinclair’s U.S. team scored five in the sixth end, stole one in the seventh and prompted handshakes with a steal of four in the eighth to finish off a 13-6 victory.

The result capped a tough day for Canada, which lost in an extra end to Scotland earlier in the day, and left both teams with 3-4 records — still in the hunt for one of the six available playoff berths but needing significant help (not to mention victories) over the final three days of round-robin play.

“Basically one end a game — that’s what’s killed us,” said Carey, whose team is rounded out by vice-skip Sarah Wilkes, second Dana Ferguson, lead Rachel Brown, alternate Jill Officer, team coach Dan Carey and national coach Elaine Dagg-Jackson. “And they haven’t really been poorly played ends. But they’re just sneaking up on us a little bit, and I don’t know what it is. We feel good, we feel like we know what the ice is doing, we’re throwing the rock well. Early on, we weren’t doing those things, but we are now, and it’s not mattering, unfortunately.” 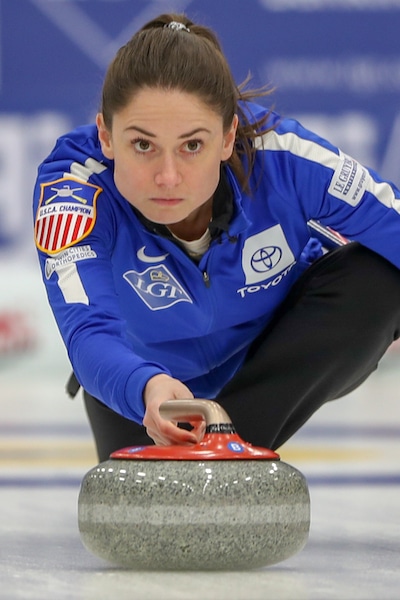 The sixth end against the U.S. summed that up neatly. Canada, having scored a deuce in the fifth end to retake the three-point lead it had established early with a first-end steal of three, was sitting first, third and fourth in the rings with Carey about to throw her first stone of the end. But her rock would rub off a guard and promote a U.S. stone, which then took out a Canadian counter. Sinclair followed up with a double-takeout to remove the other Canadian granite and suddenly the U.S. was sitting five. Carey rebounded with a wonderful hit and roll to the button behind a U.S. guard. But Sinclair made the raise takeout to put five on the scoreboard.

“It wasn’t a five ever,” said Carey of the way the end had developed. “The end was going fine, we were in pretty good shape for most of it — maybe it was a two for them. But we just can’t buy a break right now. We’re not playing that bad right now, but we just can’t get anything going our way, and it’s frustrating.”

After the steal in the seventh, Canada spent the eighth taking all kinds of risks to get back into the game, but none panned out, and the U.S. four-ender was enough for the night.

“It’s pretty frustrating to end up with a scoreboard like that when the game was really so much closer,” said Dagg-Jackson. “It’s the best start they’ve had, and that sixth end just snuck up on them in one shot. And it was tough to get out of it.

“That team you saw win the Scotties three weeks ago — this is the same team, and they can do the same things. It’s just that at the moment, it’s not all coming together for them at the same time.”

Canada has a single game on Wednesday — at 9 a.m. (all times Eastern) against China’s Jie Mei.

“I don’t know what to say; we’re fighting and clawing for every inch out there,” said Carey. “I don’t know how else to put it, but we’re putting our heart and soul out there.”