There will be five Canadian entries chasing late-season success when the inaugural Curling World Cup campaign comes to a close this week in Beijing. 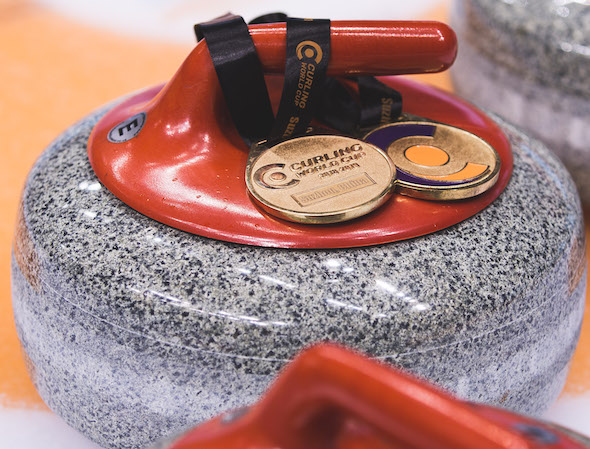 The Curling World Cup Grand Final kicks off on Wednesday at the Shougang Arena, as many of the world’s top teams will compete in men’s and women’s team play as well as mixed doubles.

Canada will be represented in men’s play by Calgary’s Kevin Koe and Regina’s Matt Dunstone; in women’s play by Winnipeg’s Jennifer Jones; and in mixed doubles competition by the duos of Laura Walker/Kirk Muyres (Edmonton/Saskatoon) and Kadriana Sahaidak/Colton Lott (Winnipeg Beach).

It will be the fourth and final stop of the World Cup circuit, that begin last fall in Suzhou, China, and proceeded to Omaha, Neb., and Jönköping, Sweden.

The Canadian teams qualified for the Grand Final by winning gold medals in the earlier World Cup events. Koe and Walker/Muyres won the opening men’s and mixed doubles events respectively, while Dunstone and Sahaidak/Lott prevailed in Sweden. Jones, meanwhile, is taking the spot of Rachel Homan, who won the women’s opener, but passed on the trip to Beijing as both she and second Joanne Courtney are pregnant.

There will also be some lineup changes on the Canadian teams. Koe will have Denni Neufeld filling in for Ben Hebert at lead, with Hebert attending a wedding (the team will be rounded out by Denni’s brother B.J. at vice-skip and Colton Flasch at second). Jones, meanwhile, will have a different front end, with second Shannon Birchard and lead Jill Officer taking the places of Jocelyn Peterman and Dawn McEwen, who also have other commitments. Kaitlyn Lawes will be in her usual vice-skip spot.

Team Dunstone is in Pool A on the men’s side, with Olympic John Shuster of the U.S., world champ Niklas Edin of Sweden and Dexin Ba of China. Pool B comprises Team Koe, Scotland’s Ross Paterson, Switzerland’s Yannick Schwaller and, in the team’s swan-song event, Norway’s Thomas Ulsrud.

In women’s play, Team Jones is in Pool A with Nina Roth of the United States, Satsuki Fujisawa of Japan and Yilun Jiang of China, while Pool B consists of world champ Silvana Tirinzoni of Switzerland, Olympic champ Anna Hasselborg of Sweden, Min-Ji Kim of South Korea and Russia’s Anna Sidorovoa.

In mixed doubles play, Walker/Muyres are in Pool A with Sarah Anderson and Korey Dropkin of the U.S., Cao Chang and Yuan Mingjie of China and Jenny Perret and Martin Rios of Switzerland.

Pool B features Sahaidak/Lott, Kristin Skaslien and Magnus Nedregotten of Norway, Maria Komarova and Daniil Goriachev of Russia, and Michele Jäggi and Sven Michel of Switzerland.

View the full schedule and all teams competing at the second leg in Beijing by CLICKING HERE.