“I went to a Burger & Beer event at Delta Thistle and fell in love with curling,” says Patrick Prade about his introduction to the sport at Delta Thistle Curling Club in Delta, B.C., five years ago. “My first question was ‘How do I sign up and when does it start?’” Unfortunately, the answer was: “The ice melts tomorrow and we’re back in September.” But happily, Prade was back in September and signed up for the club’s first-ever Novice program. “There were 24 people in attendance,” he says. “Sixteen of which were my friends and family.” Talk about embracing the sport! Within four years, Prade was hired as club manager, bringing with him his professional marketing skills and a whole repertoire of strategies for growing membership. “Saying I brought fresh eyes and fresh ideas was an understatement,” he says. “I don’t know about ‘this is how it’s always been done’. I just know what I think and feel will work.” 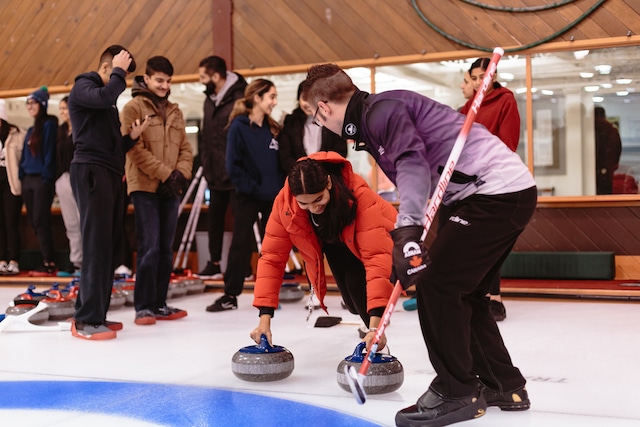 During his first year as manager, Prade joined the club’s treasurer at the Curling Canada Business of Curling Symposium in Kelowna, B.C., and that’s where his own marketing background began to mesh with the best practices introduced at other clubs with great success. “At the Symposium tons of great information was provided, all in line with my modern marketing thinking,” says Prade. “Having those new cutting-edge concepts covered there gave me the leverage and freedom to move forward with my own rather drastic changes and initiatives.” And those initiatives are certainly working. New ways of getting the word out, new leagues, new events, new appreciation for the contribution made by all segments of the membership. Delta Thistle is thriving. So, what are some of the methods and approaches that Prade and Delta Thistle are using to market the club effectively and with such success? Here are some of those strategies, in Prade’s own words: Digital marketing Coming from owning Element of Marketing (a Vancouver real estate marketing company), I had a whole different skill set than most club managers. I know how to market, especially digitally. The changes came quick and drastic: • I moved the club email to Gmail Apps for Business so I’d be more accessible and able to respond quickly to our curlers/customers • I overhauled website content, and did the same for Facebook • I rebranded the club with a new slick “marketing” logo • I partnered with Okanagan Spring for marketing design and print • Most importantly, I requested a modest (in my opinion) $3,000 marketing budget, which was basically a $2,500+ increase over previous years. By using targeted Facebook ads, print flyers, a partnership with our city’s recreation programs, and a MailChimp database, we had the largest novice turnout ever at 48 people across the two sessions. Because it was an Olympic year (when I started), I put on five open houses carefully planned to be just after or during the Tim Hortons Roar of the Rings, the Scotties Tournament of Hearts, the Tim Hortons Brier and the Winter Olympics (two sessions). We put over 450 people through the club at no cost to the attendee – except for supplying their email address. Appeal to Seniors By this season (my fifth of curling, second as manager), I have found a deep respect for our seniors section and the time they put in as volunteers. They make all our youth programs possible and that’s the long-term future. So I wanted to grow their leagues and show support and thanks back to them. Thus the concept of a “Seniors Start Curling” league. There aren’t a tonne of programs or sports that are made for seniors to start playing a new game and thanks to Facebook and grandkids, the seniors’ marketing accessibility via that platform is not only cheap but effective. I took a course on stick curling so I’d be able to effectively develop the program and teach stick curling. One challenge is that we did have a fall. Luckily no concussion, but as a result we are looking at partnering with Goldline Curling Supplies to start including headgear with our novice programs. 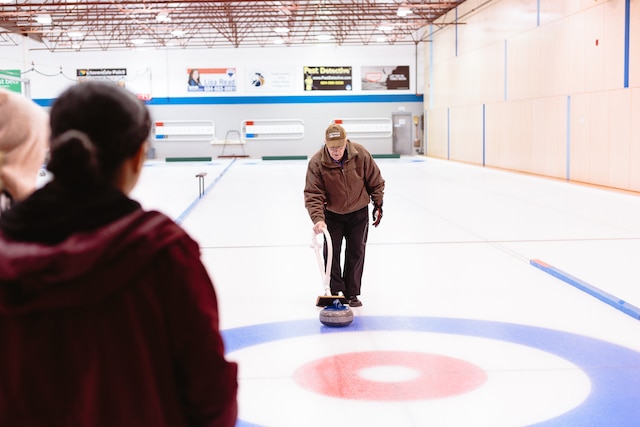 Adult Learn to Curl: Attracting and keeping novice curlers This year I decided to run Adult Novice only in the first half of the season. • We ran four six-week programs concurrently, on Tuesday, Wednesday, Thursday and Sunday. • Registration was 72 new Adult Novice curlers, attracted from the following sources (in order): Open Houses, Facebook ads, membership word-of-mouth, MailChimp, partnership with Parks & Rec, print flyers. • The dropout rate was only four out of 72 registrants. The program was much loved. One of the keys for its success is that it’s simplified and focused mostly on throwing and action on the ice. • We offered a killer deal of $300/team and $25/person to move into a league for the last half of a season (about 1/3 regular cost). We added10 teams to our Adult evening leagues, a 15 per cent growth in our membership. Mixed Doubles is gaining traction Last season was the first year our club offered mixed doubles. We had two empty sheets due to a few leagues dropping a team. • We partnered with Okanagan Spring for a beer sponsorship and started up a Monday & Thursday Six-Pack League. • Six games, six drinks, six teams, six ends (no power play), only $60/person. The three games each week were played on one sheet! • This season we added a full format Monday Doubles League which started with six teams and grew to eight teams. 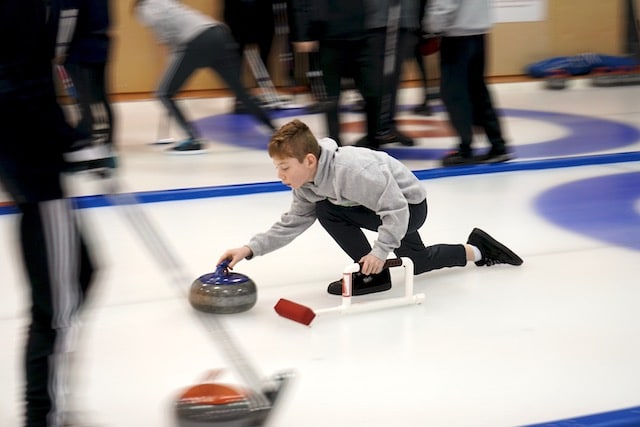 Innovative marketing? Let’s try club jackets! One very unique initiative was club jackets. I wanted to look sharp and professional as club manager, to keep with the more modern image I was trying to develop at the club. Having previously ordered Dynasty jackets for my team from Colin Hodgson (of Team Carruthers, and part-owner of Dynasty Apparel), I got a design template from him and modified it for a jacket for myself in Delta Thistle Purple. I ordered one jacket and three shirts. It only took a few days of people asking me if they could get one to accept what I had to do: create Dynasty Delta Thistle club jackets. Colin and Dynasty were great to work with and gave us a great rate. I also went out and found sponsors. Of course not everyone wanted to look the same so we did six colors. We sold 165 jackets – that’s over one-third of the membership. We sold them at cost because it’s an investment. The word-of-mouth about the club and its jackets is worth a tonne! Resources are there, so use them! For me the Business of Curling Symposium not only had some new ideas, but it affirmed I was on the right path and to push forward with confidence. For anyone looking for how to evolve their club, it’s a no-brainer to send a manager and a board member. I would recommend sending two people as they can discuss, collaborate – and cover more sessions too! Last words: Be creative – and have fun! Make the game accessible, simple and fun. I’m proud that the leadership (both the main Board of Directors and Seniors Board of Directors) at Delta Thistle are working hard and focused on new growth, new curlers and accessibility. I myself, being still so new to the game and community, don’t know how things were done before, and that’s likely one of my unexpected assets. Want to see what’s happening at Delta Thistle? Check out their Facebook page, here. Find information about Curling Canada’s Business of Curling resources, here. 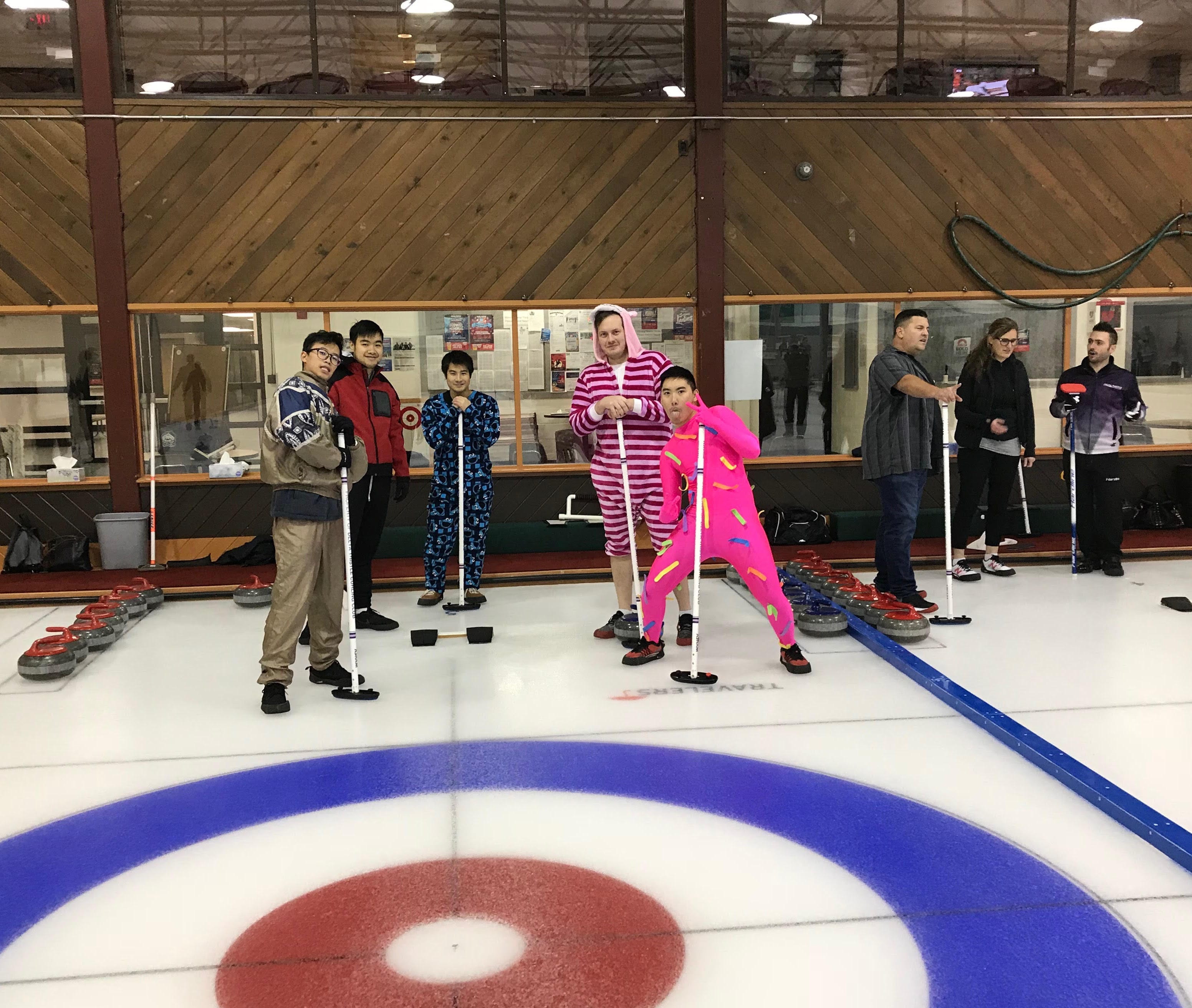