When Matthew Paul became Director of Marketing for the Mayflower Curling Club for the 2018-19 curling season, his first goal was to explore how to get more potential members through the door – members who could bring some of the local youth culture to the well-established Halifax curling centre. The answer came in the form of – beer. Yes, beer. And a partnership with an established local business who offered the kind of social, curling-friendly experience that Mayflower needed in order to create something unique, welcoming and profitable. Here’s the story, in Paul’s words: How did this project get started? I had been doing some grant work for the club, and when the board decided to create a Director of Marketing position, I decided to give it a go. After getting the position I delved pretty deeply into the financials and membership demographics. There were things that jumped off the page. The most alarming was that only 28 per cent of the membership was between the ages of 20-50. For pretty much any business that’s a really bad sign. That coincided, rather predictably, with low bar revenue. Serendipity strikes! So the first step was to talk to our Learn To Curl coordinator, Pete Ross. Pete and I decided to meet at a local pub and out of pure luck it happened to be busy and loud so we decided to leave and head to this place he knew called Good Robot. Immediately you are almost hit in the face with the laid back vibe. It was the summer and people were outside on the patio with their dogs, which ownership encouraged. After sitting it took a bit to get served because the wait staff knew everyone and were talking to everyone. There was tons of laughter and it was all people 25-45 years of age. I joked to Peter that I wish I could just transport all of these people into his Learn To Curl program. He reminded me that Good Robot had a small half-day curling tournament once per year at the Mayflower. 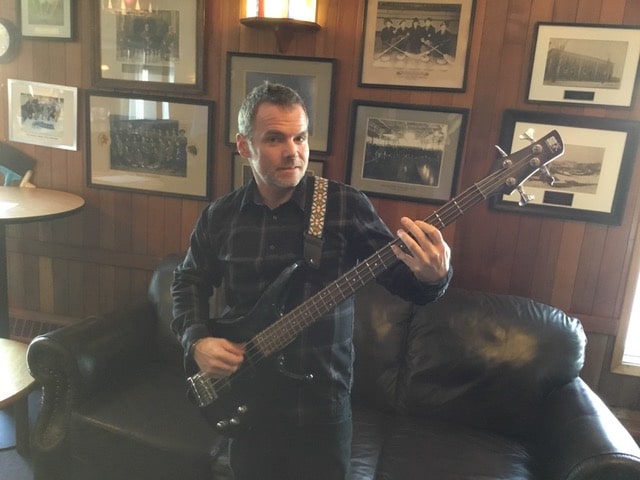 Matt Paul says: “Here is the reason for the success of Friday and Sunday, and frankly our very successful Bluenose Bonspiel at the end of the year. Pete is an accomplished musician, playing multiple instruments and has played in multiple bands in Halifax. He teaches people for free while tending bar.” (Photo courtesy of Mayflower Curling Club)

Getting things rolling A few days after meeting with Pete I decided to pop in again to observe a little more and ask some questions. It’s a craft brewery/small bar. I had a look around and met all of the staff. When I was leaving I left all my contact info and asked for a meeting. We had our first meeting quickly. Their initial plan was actually to move their spiel to another club because they thought we were too expensive. I had looked at their website and noticed that they ran a ton of little events from karaoke, to podcasts, to curling, to board games to concerts. They do all of these things to create culture. I explained to them that we have a giant hole in our schedule. The club generally closed Saturday at 2 p.m. Their representative looked at his papers and showed me his list of events for 2018/2019. They were bouncing around the city using different facilities because their bar was too small. Obviously the money would have to make sense, but to me the most important part was those customers. They were young, lived in the neighbourhood, liked going to events and liked having a few beers. For years curling clubs have targeted other sports teams or people who played other sports, but maybe we were forgetting people who don’t play any sports seriously, just like to be active, social and friendly. The nitty gritty of a partnership After a ton of back and forth we set up a schedule of events. The money was simple. We would attempt to split things 50/50. We’ll start out by the Mayflower taking 100 per cent of the bar and they can keep their entry fee. We would also sell their products (not exclusively) at their events. There was no fee for the rental hall and no fee for the ice rental. We expanded the half-day curling event to three half-day curling events, with the best name for a bonspiel I’ve ever heard: Tournament of Broken Hearts. Good Robot would be responsible for 100 per cent of all organizing, promotion and bringing customers into the facility. They would provide all security, staffing (outside of bartenders) and do all of the setting up and taking down. 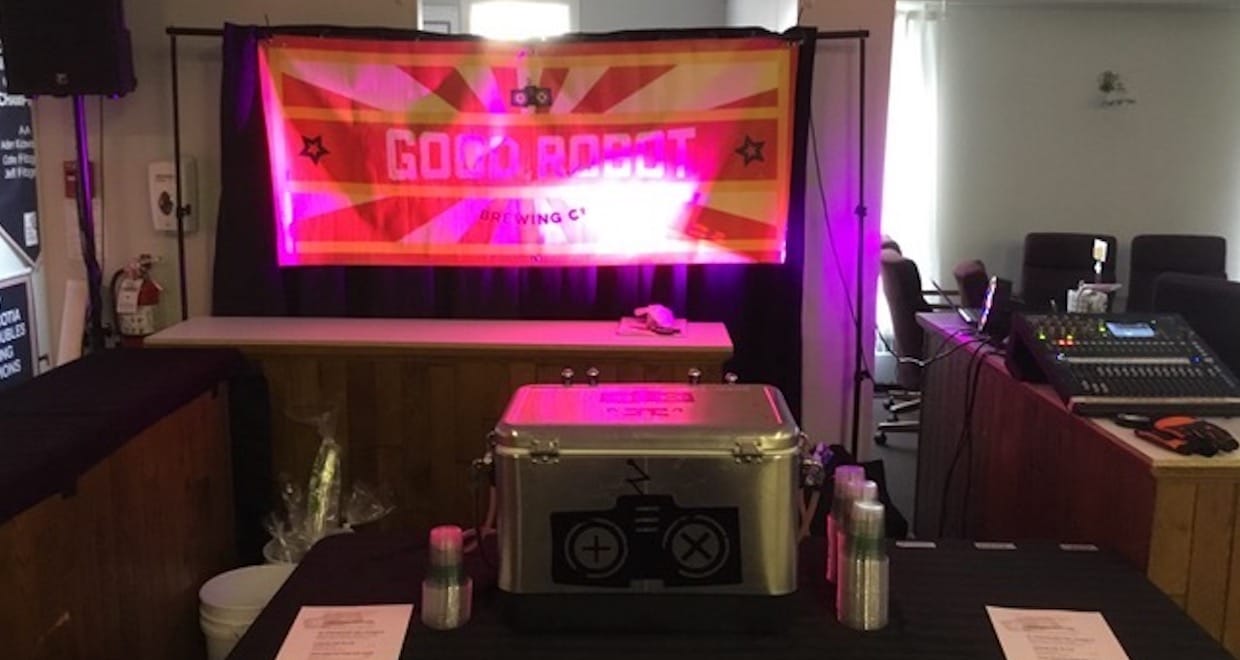 Matt Paul says: “This is the temporary bar. The cooler system is inexpensive and works very well. It can serve four types of beer. Most importantly it meant that big events can be staffed by two bartenders instead of three. When the club was stacked to capacity (roughly 175) there was rarely a lineup. The temporary bar belongs to Good Robot but a good one costs less than $1000.” (Photo courtesy of Mayflower Curling Club)

Turning the downside into an upside… We are not even close to full. We still had Saturdays where the club closed at 2 p.m. Furthermore the cost to market your business effectively is astronomical. It is so difficult just to find people. We were now getting a captive audience of prospective LTC participants or future members. As of last night’s numbers our bar profit is up 30 per cent. A mixture of Good Robot’s curling, social and musical events have created rentals and bookings thereafter and were a great addition to our social media presence. As a result we’ve slowly started to get more and more reviews on Google. In order for this to make sense you need to market to these people while they are in the building. This strategy creates a perfect feeder system for Learn to Curl without having to engage in costly and potentially ineffective marketing campaigns. This all fit into the broader goal of becoming a neighbourhood facility. A local partnership pays off We saw from the Google analytics that just before any Good Robot event, we had a spike in requests for directions to the club. The overwhelming majority of requests were from “B3x” postal codes, the same as the Mayflower. Think about how much more effective your marketing dollars are when the people from your club’s neighbourhood are looking for a good time – and find it in your facility. Looking for ideas and best practices for marketing your curling club in your community? Find more information about Curling Canada’s Business of Curling Symposium program here. 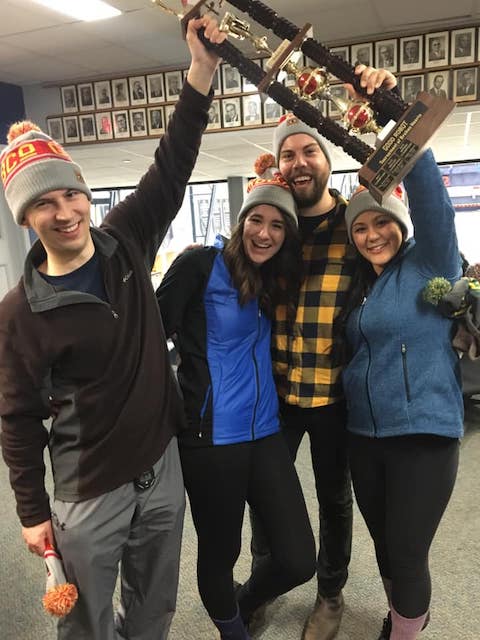 Matt Paul says: “The winners of the first Good Robot curling event. What’s important is their age. All of the participants were this age and the bar did over $2000 sales in about six hours. We only needed one bartender, selling four different types of draught. There were 60 people participating who had either never curled before, had played a few times before or who had played in high school and were coming out for beer. The perfect feeder system for Learn to Curl.” (Photo courtesy of Mayflower Curling Club)