Hey Coach: How Do I Drop Players or the Whole Team?

WOW… what a topic… If there is a more “delicate” topic amongst coaches or parents, I don’t know one. There are so many factors that need to be brought into play here and NONE of them can be ignored. As you read you may recognize a situation you personally faced or someone else has. 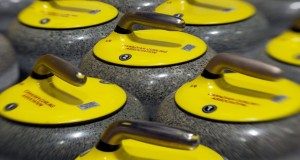 Before we get into specifics…. one thing ALWAYS takes PRECEDENCE…… what is best for the child (or children)? As a Coach, you are dealing with young athletes. They are not adults and don’t have the wealth of life experiences to enable them to really deal with major disappointments or the true reality of “winners and losers” in life. If the welfare of your kids is not foremost in your mind…perhaps you need to re-think your role or involvement in coaching. They must always be more important than you are! You can’t ignore the situations…they need to be dealt with. What requires more thought is HOW to deal with the issues? Do some of these questions or situations sound familiar?

Are there simple answers? Bluntly NO! Yet there is no sense pretending the situations don’t exist. They have and will again,. So learn how to deal with them. Every situation is different yet there are many similarities so perhaps some simple pieces of advice can get you thinking a bit more. This may help you deal more EFFECTIVELY and FAIRLY with the situation and the players.

The following basic tips may help you plan your thoughts and prepare yourself to deal with the situations. As a Coach you want the players to prepare really well for their tasks ahead. Do the same yourself since this task may be more important to your young athlete than any matches they will ever play in.

BASIC TIPS TO DEAL WITH THE BAD SITUATIONS

TIP # 1. TAKE YOUR TIME. Never rush into it. Take the time to discuss the matter with others first. Experienced coaches may be invaluable to you. To go off into the minefield without seeking advice is at your own peril.

TIP # 2. NEVER BLURT THINGS OUT. Decisions should NEVER be taken in the “heat” of the moment. If you have just lost out on a major competition, now is NOT the time to discuss changes to the team! Don’t spout off something to another coach, a parent, a friend or even a spouse! “Just between you and I” scenarios usually backfire.

TIP # 3. PLAN WHAT YOU ARE GOING TO SAY. Be sure you have the correct words ready. Write them out on cue cards if need be. Think about how much information you need to “justify” your cutting of the player. Will they really understand the reasons?

TIP # 4. THINK ABOUT WHERE TO HOLD THIS MEETING. Does not the issue deserve privacy? A crowded viewing area is not a good location. Nor is a Burger joint? Choose carefully.

TIP # 5. HOW YOU SAY THINGS CAN BE AS IMPORTANT AS WHAT YOU SAY. Diplomacy……Tact……Niceness…… Bluntness …….Honesty or Cruel Honesty ….. are just a few of the things that need to be examined. The “Golden Rule” is not a joke! Think about it when speaking. This may prove to be the most important aspect of your planning.

TIP #6. THINK ABOUT THE MESSAGE YOU ARE SENDING. Will a 14 year old really understand that they have just not demonstrated the skills necessary to play lead on the team (because their draw weight has been lousy all along)? They are 14! Are you beating around the bush and really not telling them that they are not liked by the other three players so they really have failed the personality contest? Are you just not being honest and saying that the player and you have a personality clash but you have ignored it all along and getting rid of the player lets you ignore and discussion to try and clear up the irritants!